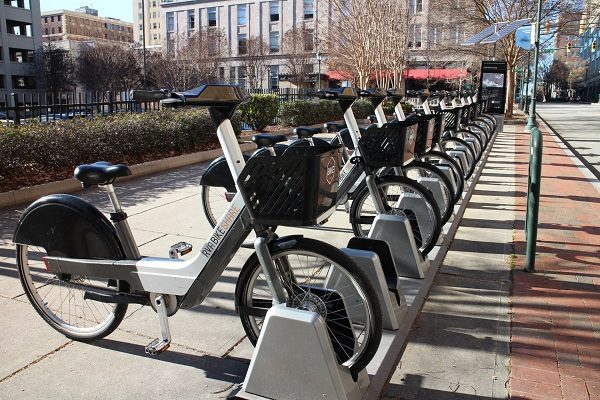 A clearer financial picture of Richmond’s bike share program is coming to light as the nearly 18-month-old endeavor enters its second phase.

RVA Bike Share has generated just over $83,000 in revenue since launching in August 2017, as of November, according to numbers provided this week by the city. Those numbers were not made available for a BizSense report on the program last week.

User fees and memberships accounted for $59,800 in revenue, while dock station sponsorships added $11,200 and advertisements on station kiosk panels contributed $12,000. That’s according to a breakdown provided by the city public works department, which includes the program.

The revenue total covers about one-fifth of the $393,000 it costs to operate and maintain the program annually. But that cost – paid monthly to Canada-based vendor Bewegen – is covered using funds from a $1.06 million grant the city was awarded in 2014 by the Federal Highway Administration’s Congestion Mitigation and Air Quality (CMAQ) Improvement Program. 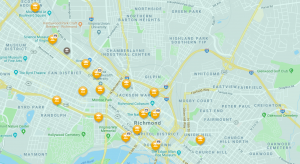 The city used that grant, along with $280,000 in capital improvement funding, to launch the program in 2017. The grant amount provides enough funding to cover the program for about 2½ years, meaning the program, which is nearing the 18-month mark, has about another year before it would need another revenue source.

Until then, the program is not costing the city beyond its initial $280,000 capital improvement investment. In a presentation Tuesday, Jakob Helmboldt, who oversees the program as the city’s pedestrian, bicycle and trails coordinator, told City Council’s Land Use, Housing and Transportation Standing Committee that, as of now, the program does not affect the city’s general fund.

Helmboldt said the grant funds would continue to cover the program as it enters its second phase – a planned expansion that will double its size and scope with an additional 220 bikes and 20 dock stations, bringing the overall fleet and footprint to 440 bikes and 40 stations.

That phase is projected to cost $1.5 million, which Helmboldt said would be fully funded through the federal CMAQ program. The phase includes converting the entire 440-bike fleet to PedElec electric-assist models and connecting the 40 stations to a power grid for bike recharging.

New stations would be located as far as Carytown, Byrd Park, the Boulevard/Museum District and Manchester, expanding the program’s reach from its current, primarily downtown footprint.

In his presentation Tuesday, which he said was requested by council, Helmboldt said the conversion to electric-assist bikes, designed to help riders with uphill climbs, was planned from the outset.

“That adds value to the system, makes it more attractive, more usable, especially in our hillier areas on hot days,” Helmboldt said. “It increases the range that users can actually use the system for.” 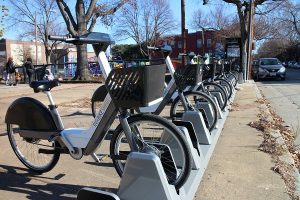 With the upgraded bikes and additional stations, Helmboldt said revenues from user fees, memberships, advertising and sponsorships are anticipated to increase by about $100,000 in the next year, potentially offsetting a portion of the program’s operations and maintenance costs.

The bikes will be rolled out, 10 to 20 at a time, as stations are powered, Helmboldt said. The first bikes are expected to start hitting the street next month, and all existing bikes are to be converted to electric-assist by May. The full expansion is expected to be complete in late summer.

Helmboldt said operations and maintenance costs for the fully implemented system are to be negotiated with Bewegen, which he said agreed to a revenue-sharing approach in which any excess money would be split between the vendor and the city, while any shortfall would be absorbed by the company. He said the arrangement is contingent on the city completing the PedElec conversion.

Council member Kim Gray, who has questioned the locations of stations in the program’s first phase, asked Helmboldt if new stations would be placed in coordination with the Pulse, the bus rapid transit system that GRTC rolled out last year. Gray also asked if stations would be located closer to each other. 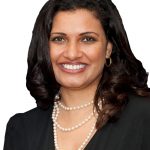 “What I’m hearing from folks is they want to utilize the service, but they’re so spread out, where they can dock, that it doesn’t save time,” Gray said.

Helmboldt said the expansion not only would enlarge the system’s footprint but also fill in service gaps, with the goal of having a station a quarter-mile from another. He also said the bike share is designed to work with the Pulse, with five existing stations located on the corridor.

“The intent was to have them work in tandem,” he said. “The idea is to integrate with transit, and in particular with the Pulse, so that it provides good access to the Pulse.”

Responding to questions from council member Michael Jones, Helmboldt said six bikes have been lost, adding that he didn’t know that any of those bikes were taken by someone other than an authorized user. He said Bewegen has been retrofitting bikes with a new, stronger locking mechanism made of steel, as well as making minor modifications to docks to further prevent thefts.

“Luckily we’ve not had an excessive number of problems, so we anticipate that that will be reduced even further,” he said.

Helmboldt’s presentation came days before council is scheduled to receive proposed amendments to city code to allow dockless electric bikes and scooters to be operated legally in city right-of-way.

The new rules, proposed by Mayor Levar Stoney, were scheduled to go before council this month but were continued to allow for adjustments to a fee schedule, which would charge operators $20,000 to permit up to 100 dockless vehicles, $30,000 to permit between 101 and 200 vehicles, and $45,000 for 201 to 500 vehicles.

Council is set to receive the proposals at its meeting next Monday, Jan. 28.

Agreed…simply put, the numbers do not work for this project. It may only be $280K from the city at this point, but when revenues do not meet expenses, you have a problem. The rest is coming from those of us who pay federal taxes, and I know that doesn’t matter to 50% of the population, but it does to us. In a year the City of Richmond will see another project that fails do to lack of competence. Let’s get real Richmond…and, you are going to trust this administration with a $1.5 billion dollar development deal? God help us.

FWIW, The initial phase was never intended to generate profit – There aren’t enough bikes and stations. That’s why this is focusing on the next phase.

Interesting that Federal money really kicked off something that made sense in the big picture, and would never have happened without grants…, but now the limitations of central government appear, as there is no incentive for the local government to adapt to a new disruptive technology, since any losses are covered.

Interesting program. Does anybody know what the revenue projections were for this program? Did the city start this program with the intention of covering the losses if or when the grant money dries up? It will be interesting to see if the scooters have an impact on the bike revenues.

From the City staff last August 2017 at the launch:

“Through user fees, sponsorships — either of the system as a whole or of individual stations — and other advertising, successful bike share systems break even or turn a small profit, Helmboldt said. That’s the goal for Richmond’s system — in a couple of years, he added.”

In theory the bike program sounds great but at what cost…program has brought in 83K but overall cost 2+ Million…that’s taxpayer waste at its best…that kind of money could purchase 20K + bikes that could just be given away (I’d love a new bike). I would be doubtful that projected revenue of 100K could be brought in. Lastly, the program funding ends in 12 months…what happens then after a large investment like this (and let’s not talk about the scooters about to launch). I don’t get it.

Especially if you look at the current almost $400,000 to run it and doubling the system with peddle assist units, I bet the cost of the program will be closer to $1 million a year! The new stations should bring in more users but yeah I agree $100lk to $150k in revenue is a stretch. However, according to City staff “any shortfall would be absorbed by the company.” Come next fiscal year (July 2020), I seriously doubt a for profit firm is going to say pay us 1/5 of the cost of a program and we will cover the loss.… Read more »

This boondoggle is from the same people who have made Franklin St. downtown a nightmare and are trying to do the same to Malvern Ave. in the near West End, over the objections of many neighborhood residents. It is an example of an overreaching bureaucracy that thinks they know what is best, no matter what citizens think.

As this is the most comprehensive and recent article relating to RVA bike share, would it be possible to get an update now that we have passed the May conversion date and are nearing the phase 2 delivery date of summer 2019?

“The grant amount provides enough funding to cover the program for about 2½ years, meaning the program, which is nearing the 18-month mark, has about another year before it would need another revenue source.”

It’s been just over a year. I wonder how much money RVA Bike Share is losing now that everyone has moved on to new toys.