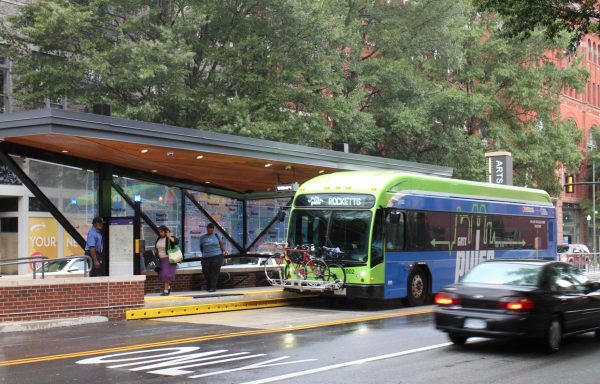 A Pulse bus pulling up to a station platform. (Jonathan Spiers)

With Richmond’s new bus rapid transit system up and running after two years of construction, an effort to help businesses affected by the project is progressing – with a different approach than initially planned.

Funds originally approved to assist individual businesses along the GRTC Pulse bus line now are being divvied among four sections of the route, awarded to business associations or neighborhood groups that are determining how their shares will be used to their respective area’s benefit.

In June, City Council approved putting $280,000 in funds left over from the project toward beautification and parking improvements to help businesses affected by the project’s construction, which lasted eight months longer than planned. 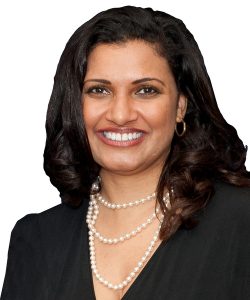 The additional time meant contractor Lane Construction missed out on financial incentives that were to be awarded if the Pulse was completed by the end of last year. The $280,000 came from that pot, with City Councilwoman Kim Gray pushing for those funds to go toward assistance for businesses.

Gray said her original goal was to compensate restaurants and shops that lost business – or in some cases went out of business – during construction, but that plan met pushback from city officials and Mayor Levar Stoney, who she said encouraged a broader approach.

“The mayor was not agreeable to direct grants,” Gray said. “Levar said he didn’t want to set a precedent that any of these construction projects would create a need to compensate businesses.

“It’s too complicated to figure out each business’s individual losses and how much of that can be contributed to the construction,” she said. “Several of the businesses are no longer around, especially down in Shockoe Bottom and certain stretches of Broad Street, so how would you even compensate those businesses that no longer exist?”

Gray said a business in her district that closed as a result of the project was Ann’s Soul Food at 216 E. Broad St. Gray said the restaurant had been in business 28 years. She said other businesses, including restaurants Pig and Pearl and Betty on Davis, partly attributed their closings to the Pulse construction earlier that year.

Since June, when the $64.9 million project wrapped up, Gray said discussions have led to a plan to distribute the funds between the neighborhood groups, with each deciding how its respective $70,000 would be spent.

Gray said some of those ideas – the Scott’s Addition-Boulevard Association wants to put some of its share toward marketing, for example – are requiring revisions to the adopted ordinance.

“We had to revise the ordinance, but everybody’s agreeable that it’s going to be split four ways,” Gray said. “There are some businesses who still believe they should get direct compensation, but that’s just not in the cards.”

Trevor Dickerson, president of the Scott’s Addition-Boulevard Association, said the group wants to put its funds toward additional sidewalks and trees, and marketing materials such as flagpole neighborhood banners along West Broad Street and the Boulevard.

Dickerson said the group is looking to develop a brand identity for Scott’s Addition that could include the development of a logo and slogan. It recently concluded a branding survey among its members and is in talks with agencies in the neighborhood about potential brand strategies.

“We realize that we’ve been transforming over the past couple years and maybe we need a new identity to represent what the neighborhood has become,” Dickerson said.

David Napier, president of the Shockoe Bottom Neighborhood Association, said it wants to put its funds toward trash cleanup, parking and security. He said the group would like to have a central recycling and trash compactor that could be shared with Main Street Station, and reduce the number of trash bins lining streets and sidewalks.

“This is a chance of maybe moving forward with it,” Napier said of the project, the cost of which he estimates at under $50,000. He said the project is especially needed with the redevelopment of the 17th Street Farmers Market as a pedestrian plaza.

“There’s no place to put trash except at the front door of this brand new market, and that’s not acceptable to us,” Napier said. “We think Main Street Station and Shockoe Bottom can use a nice, big recycling and trash compactor, but I can’t wait any longer.”

Napier said the funds also could go toward additional security cameras to add to five recently installed, as well as directional signs for parking and an effort by EnRichmond Foundation to bring a seasonal ice rink to the redeveloped farmers market.

“People talk about beautifying a neighborhood, the first thing you think about is flags and flowerpots. That’s just not us,” he said. “We want to make something that would really change the neighborhood permanently and make a difference in an area that has critically not been addressed by the city.”

Gray said neighborhood groups elsewhere on the Pulse line still are identifying options and deciding how their shares of the funds would be used. She said Lynne Lancaster with the city’s public works department will be meeting with the groups in the next couple months to finalize projects, and identify any overlaps or opportunities for efficiencies.

“I’m really excited that folks are coming together,” Gray said. “It’s a lot of real good energy and pooling of resources.”