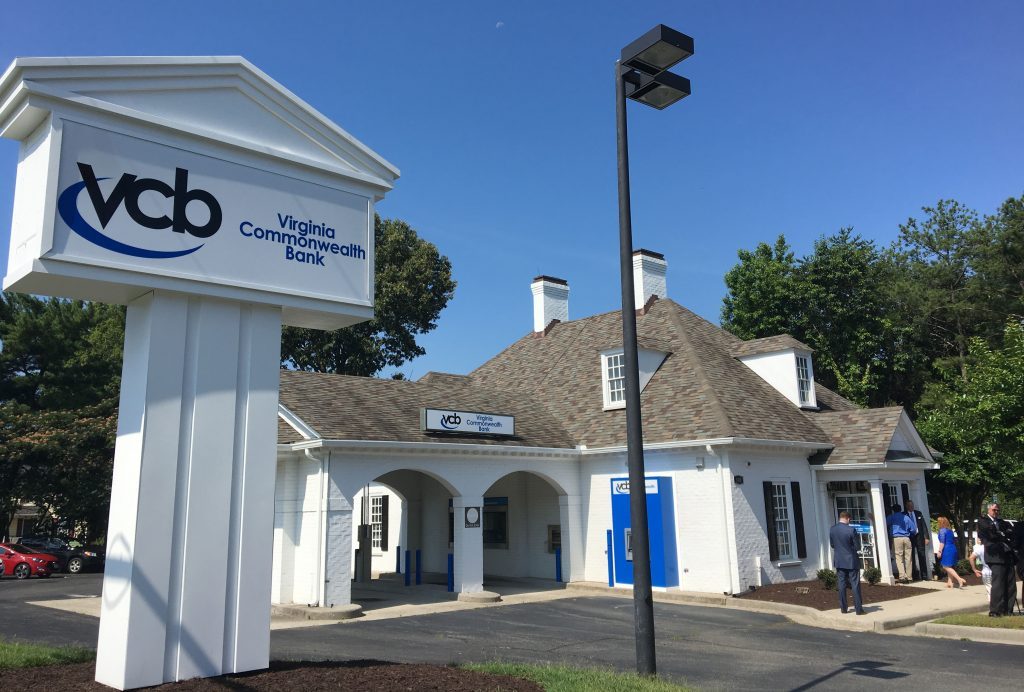 The marriage of two central Virginia banks has been consummated.

Henrico-based Virginia Commonwealth Bank and its Bay Banks of Virginia parent company yesterday announced the completion its deal to be absorbed into Blue Ridge Bank out of Charlottesville.

The deal, valued at $124.8 million, is fashioned as a merger, though Blue Ridge is technically the acquirer. The combined entity has $2.8 billion in total assets with 35 branches in Virginia and North Carolina.

Blue Ridge Bank will be the surviving bank brand. The VCB brand is expected to remain until the two sides finish conversions of all their internal systems, at which time the Blue Ridge flag will be raised at all of VCB’s 17 branches.

Blue Ridge CEO Brian Plum will continue in that role for the combined company. Bay Banks CEO Randy Greene will be COO of the holding company and CEO of the bank subsidiary.

Frank Scott III retired as president of VCB as part of the deal, though he will remain on the Blue Ridge board.

Bay Banks paid Greene $2 million and $752,000 to Scott just prior to the deal as part of certain provisions of their employment agreements.

Blue Ridge branches span mostly around Charlottesville and the Shenandoah Valley and it operates in North Carolina through its Carolina State Bank brand. VCB’s branches span from Richmond and the Northern Neck, down into Hampton Roads.

Blue Ridge Bank was founded in 1893 in Luray, Virginia, as The Page Valley Bank. It kept that name until 2011, when it took on the Blue Ridge brand.

VCB was formed in 1936 as First Federal Savings and Loan. The Virginia Commonwealth Bank name was adopted in 2008, when the bank switched to a state charter.

The most recent iteration of VCB and Bay Banks is the result of a deal three years ago that combined then-Petersburg-based Virginia Commonwealth Bank with Kilmarnock’s Bank of Lancaster.

Bank of Lancaster, which Greene ran prior to the VCB merger, was founded in Kilmarnock in 1930. It formed its holding company in the 1990s and expanded into Richmond in 2014, its first venture outside its Northern Neck home turf.

The merger of these two customer-friendly banks should only enhance services to their customers. I’ve enjoyed my experience working with both.