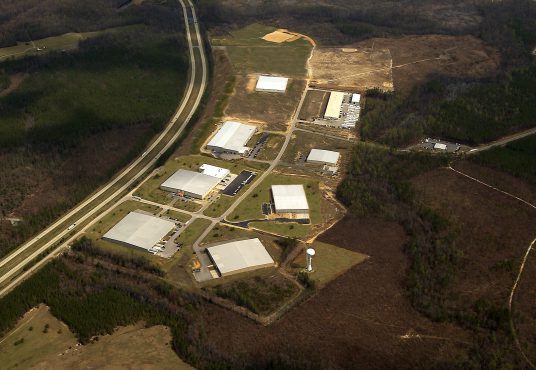 The new 650,000-square-foot building will be the 12th and largest in the Southpoint Business Park. (Courtesy of The Hollingsworth Cos.)

The Richmond market’s industrial real estate sector continues its strong start in 2021, with a complex in the region’s southern half set to expand by nearly 50 percent.

Tennessee-based The Hollingsworth Cos. is preparing to begin work on a 650,000-square-foot industrial building in the Southpoint Business Park in Prince George.

Tom Mann, a VP at Hollingsworth, said the new building will be built on spec, an approach he said has been fruitful for the company recently.

“A lot of our customers will see rapid growth, and we get a call right away because we have a building that’s almost ready,” Mann said. “When COVID hit we thought it’d grind to a halt. It ended up being the opposite. Retail declined but industrial picked that back up because people were ordering from home. 2020 was great for us because we had spec buildings out there.” 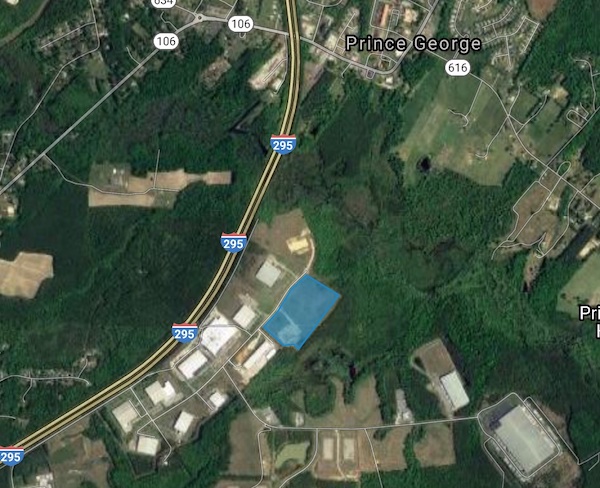 The parcel for the new warehouse has already been deforested. (Screenshot from Google Maps)

Mann estimates that at 650,000 square feet, it’ll be the largest spec building in the Richmond region. Other tenants at Southpoint include gasket manufacturer VSP Technologies, Carocon Display and Packaging and Service Center Metals, the latter of which completed an eight-figure expansion about four years ago.

Hollingsworth is using its own in-house general contractor and listing agents to build and market the building, Mann said. He declined to outline the cost of the project, stating only that it’s in the tens of millions of dollars.

Mann said they’re preparing to plant footings for the building in the coming weeks and expect a late 2021 completion. Hollingsworth is trying a new approach in how the building’s concrete is laid, one which Mann said will speed up the timeline to build it considerably.

“This is the first project that we’re having concrete produced on site. A concrete company is going to bring out their equipment instead of driving it by truck,” Mann said.

“Usually a pour starts at 2 a.m. and goes until 10 a.m. with trucks showing up every 15 minutes. If there’s traffic, it becomes a nightmare. It’s not uncommon to have to re-pour thousands and thousands of square feet.”

Meanwhile, in Henrico, another sizable industrial project is in the works near Richmond Raceway.

Hillwood Enterprises, a Texas-based developer, has filed plans for a 2.6-million square-foot industrial complex on about 250 acres just north of the raceway. No tenants are on file, and Hillwood’s using a codename — Project Speedway — to describe the project in certain Henrico documents.