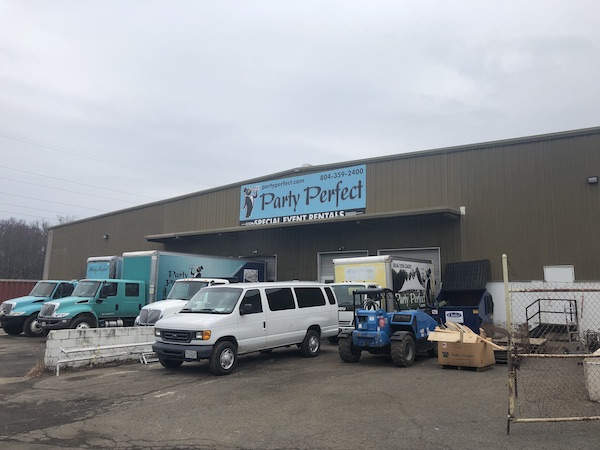 After cashing out of Scott’s Addition about three years ago, Party Perfect has found some new digs.

The 25-year-old event rental company is in the process of moving to 2400 Magnolia Ct. near Highland Park, just off Interstate 64, where it is leasing about 26,000 square feet of industrial space.

The move follows the 2018 sale of the company’s warehouse at 3210 W. Marshall St. in Scott’s Addition to Washington, D.C.-based Dalian Development for nearly $4 million. Party Perfect has since been leasing the space on West Marshall Street.

When the lease ran out at the end of 2020, Party Perfect owner Nelson Parker said they had already lined up their new digs in Northside. The move didn’t considerably increase Party Perfect’s footprint — it had split the 50,000-square-foot Scott’s Addition warehouse evenly with Brass Beds of Virginia — but Parker said the taller ceilings in the Magnolia Court building make it much more suitable for handling large, outdoor tents.

“We spent a long time trying to find the place. It’s very difficult to find warehouse space that has the tall ceilings that we need,” Parker said, adding that they’ll be fully moved into the new space by March.

Parker co-founded Party Perfect with Jeff Johnstone in 1996 and sold his stake in the business in the early 2000s. In the interim, he worked as a pastor while some of his children went back to work at Party Perfect. 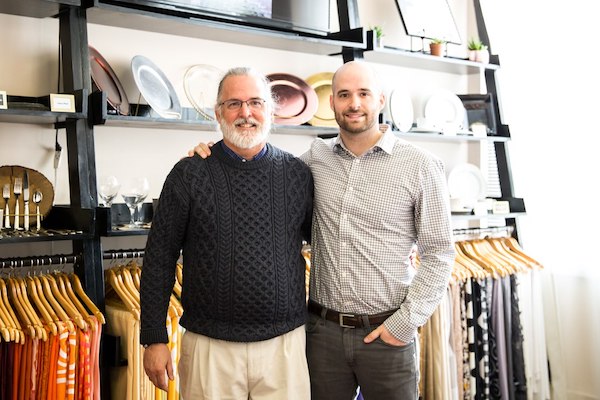 When he got word that Johnstone was looking to sell the business in 2016, Parker bought back in, with plans to eventually hand it off to his son, Ned. Parker said he’s been able to pull from his experience in the clergy since returning to the party rental industry.

“When I was in ministry I did a lot of work with the underserved and folks that have come out of incarceration, or had problems with addiction and had trouble finding employment…(And) the labor market’s hard in this business,” Parker said. “I was able to use a lot of my ministry contacts to employ a lot of folks who needed a second chance. It’s an ideal fit. You don’t have to have a lot of experience to become a tent expert. We’ll teach you, you just need to learn as you go.” 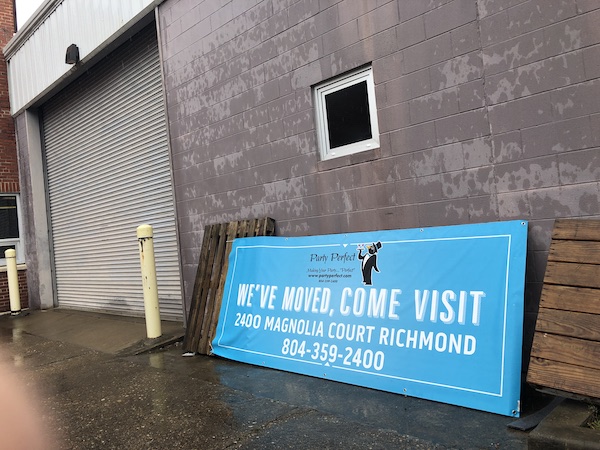 Business is still down about 45 percent and Parker said he’s had to reduce his staff from 23 to seven over the course of the pandemic. A saving grace for the business has been universities, local restaurants, film sets and the General Assembly renting tents.

Parker said in some ways the slowing of business helped set the stage for the move. Having fewer events on the books has made the move go smoother and allowed Party Perfect to brace for what Parker predicts will be a very busy post-pandemic world.

“I’m confident we’ll get to the end of this and things will come back in a big way because you’ve got a lot of pent up demand,” he said.

It’s unclear what exactly will happen to Party Perfect’s old home in Scott’ Addition. Dalian, the D.C. developer that bought it, has not returned calls and emails seeking comment. It hasn’t filed any plans for the property with the city.

Per its website, Dalian has two projects in its portfolio: a 10-building, 360-unit apartment complex in San Antonio and a 10-story mixed-use apartment building in Philadelphia.