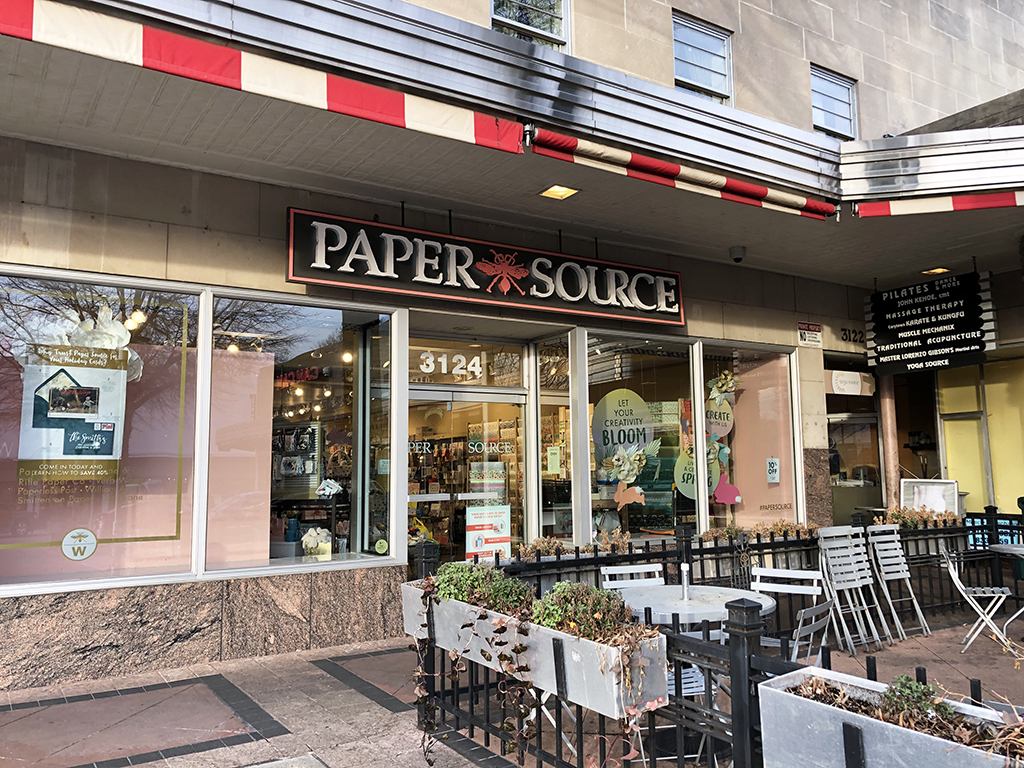 Looking to get well soon, a COVID-battered chain of stationery and greeting card shops with a location in Carytown has joined the wave of national companies to seek bankruptcy protection in Richmond.

Paper Source, a Chicago-based brand with more than 150 stores, filed for Chapter 11 on Tuesday in federal court in Richmond as it looks to get a handle on its debt by selling its assets while staying open for business.

The local federal courthouse has a reputation as a venue favorable to large debtors and bankruptcy rules allow companies to file in virtually any district in which they conduct business.

Paper Source has several stores in Virginia, including its location in Carytown at 3124 W. Cary St. in the Cary Court shopping center.

Filing for bankruptcy in conjunction with Paper Source was the chain’s private equity owner, Pine Holdings.

Attorneys Christopher Jones, Jae Won Ha and David Gaffey from law firm Whiteford Taylor & Preston, which keeps its Richmond office in the James Center, are serving as local counsel for Paper Source, working with attorneys from Willkie Farr & Gallagher out of New York.

The company lists in its initial bankruptcy court filings estimated assets of between $100 million and $500 million, and debt of the same range owed to thousands of creditors.

The company said in filings that reorganization is needed due to its rapid expansion in recent years, only to be hit hard by the pandemic.

Its reorganization plan includes an effort to sell all of its assets. It has lined up a stalking horse purchaser, an affiliate of MidCap Financial Trust, which sets the floor price for other prospective buyers.

MidCap is among the company’s primary lienholders. It is represented in the case by Paula Beran from Richmond law firm Tavenner & Beran.

Among its other goals in Chapter 11 is to negotiate new leases with the landlords on its many stores. Its landlord in Richmond is Sauer Properties, which owns Cary Court.

Paper Source was founded in 1983 with a single store in Chicago. It grew to more than two dozen locations before selling to private equity firm Brentwood in 2007. It then ramped up its expansion, including the acquisition of stores from competitor Papyrus.