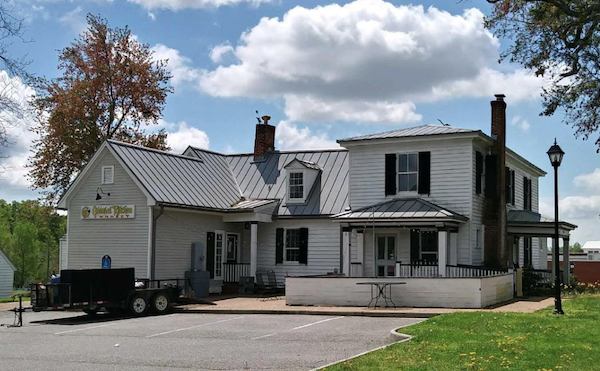 Martha’s Kitchen is a Southern-style restaurant that plans to open at 11861 New Kent Highway in late May. Colonial Kitchen & Market previously operated out of the location. (Jack Jacobs photo)

A Tidewater restaurant group is going for seconds in eastern New Kent County.

Martha’s Kitchen is expected to open at 11861 New Kent Highway in late May, near the county’s administration building and courthouse.

The restaurant is named for Martha Washington, the country’s first First Lady who was born in New Kent County. The space was most recently home to now-shuttered restaurant Colonial Kitchen & Market.

Grub LLC, the restaurant group behind the Southern-style concept, also operates The Trojan Grill in the same neck of the woods.

Co-owner Greg Guy said he hopes Martha’s Kitchen will complement the Trojan Grill, which is named for the county high school’s mascot and serves up burgers, sandwiches and seafood. among other items.

“It was either there was going to be a restaurant here that we wouldn’t be able to control, or we could control the space and have a concept that wouldn’t be competition with Trojan Grill,” Guy said. “I don’t feel like you would be torn between the two (restaurants).”

The menu of Martha’s Kitchen will feature fried chicken, pork chops, collard greens and other Southern comfort food. Entrees are expected to run $13 to $16.

The restaurant plans to serve lunch and dinner every day, and offer breakfast on the weekends. Guy said the 3,200-square-foot space would be renovated prior to the restaurant’s first day of operation. He declined to share the cost of that project.

“People who saw it as it was won’t recognize it,” he said. “We’re going for a homey feeling.”