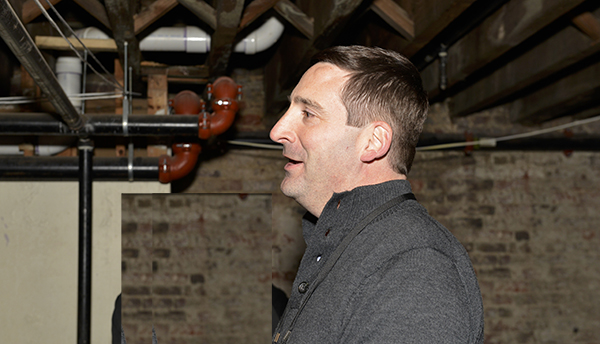 Richmond businessman Michael Hild’s future is being decided by 12 jurors in New York.

Capping a final week of testimony that included him crying on the stand, Richmond businessman Michael Hild’s future now rests in the hands of 12 New Yorkers.

The founder and former CEO of Chesterfield-based Live Well Financial, Hild faces five counts, including securities fraud, mail fraud and bank fraud, in connection with allegations of a massive bond pricing scheme that led to the company’s collapse in 2019.

He was arrested on the charges in 2019, with the government claiming that he helped mastermind a scheme to defraud the company’s lenders by falsely inflating the value of a portfolio of reverse mortgage bonds, in order to induce the lenders into loaning more money to Live Well than they otherwise would have.

Prosecutors claim he pocketed more than $20 million as a result.

Hild has pleaded not guilty, while two of his former lieutenants have pleaded guilty to similar charges and are cooperating with the government as key witnesses in the trial.

Now in its third week, the proceedings reached an emotional peak when Hild took the stand in his own defense Tuesday and Wednesday, followed by closing arguments from federal prosecutors and Hild’s defense attorney on Thursday.

Questioned first by his attorney, Benjamin Dusing, Hild’s testimony eventually led to discussions of his decision to abruptly shutter the company in 2019 and lay off its hundreds of employees in the face of increasing scrutiny from lenders and federal authorities.

Hild openly cried on the stand while discussing it.

“I just kind of gave up at that point. I had worked so hard,” he said, needing to pause several times to gather himself. “I realized at that point I couldn’t do it anymore. I needed help. I had 200-some families that were counting on me for their livelihoods.” 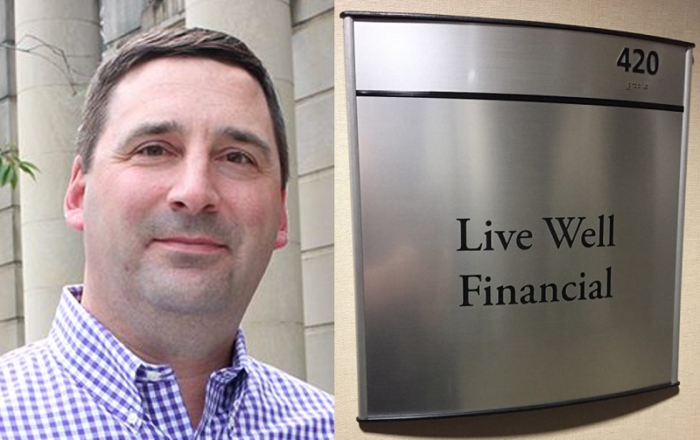 Hild’s testimony began Tuesday morning with discussions of how he came to found Live Well in 2005, leaving an executive post at Capital One to take the leap into the reverse mortgage origination business.

“It was me and a bunch of papers in my kitchen,” he said of the company’s infancy.

Live Well eventually expanded to become not only a lender, but a loan servicer and securitization firm. The packaging of reverse mortgages into bonds became the company’s greatest source of growth and its ultimate downfall.

It got into that part of the business in 2012, after obtaining federal approval to securitize its loans. Hild said the company’s timing was perfect, as many of the usual larger players had exited the niche market following the Great Recession.

“Everybody else was running for the exits and we kind of walked in the front door,” he said. “It was kind of like drinking from a fire hose. There was more volume than we knew what to do with.”

The company became materially profitable for the first time that year and it looked to take out hefty sums of loans to keep the spigot of bonds flowing. It eventually took on more than $100 million in debt, all of which Hild personally guaranteed.

Dusing’s strategy for Hild’s defense hinged on at least two premises: One was that Hild never intended to defraud anyone and only knew so much of what went on accounting-wise at Live Well. Second was that the allegedly inflated prices the company attached to its reverse mortgage bonds were not a scheme, but rather the result of a good-faith, seemingly innovative approach to finding a more accurate market value for the complex instruments.

Dusing went to great lengths to try to show that Hild was privy only to limited amounts of information about the bond business.

Hild described accounting as a “blind spot” for him while building the company.

“I frankly didn’t have any interest in accounting and it wasn’t my forte,” Hild said.

Dusing looked to place blame on Darren Stumberger and Eric Rohr, Live Well’s respective former head bond trader and CFO. They have both pleaded guilty and await their sentencing at the conclusion of Hild’s case.

He also placed blame on a company formerly known as Interactive Data Corp., or IDC, which was the third-party pricing firm used by Live Well to attach the prices to the bonds and send them out to the secondary market.

A key question throughout the trial was why IDC for years published prices sent to it from Live Well verbatim, without vetting them independently. The prosecution claims that was because Hild and Live Well wanted it that way to hide the inflated values. Dusing claims it was up to IDC, which has since been acquired by another firm.

Dusing ended his questioning by asking Hild whether he or any other Live Well employee intended to defraud anyone.

The government’s closing argument hammered home the idea that Hild not only knew the bond prices were inflated, but that he directed the scheme and knowingly kept information from Live Well’s lenders to keep the money flowing.

“He knew these prices were miles away from where they’d sells these bonds for,” Assistant U.S. Attorney Scott Hartman said of Hild. “He took (the lenders’) money and he put it in his pocket. He kept them in the dark about how much risk they were funding for his business and his lifestyle.

“It’s about the defendant’s selfishness. He chose to abandon fair dealing and ethical conduct and honesty … in order to enrich himself. Real people lost their jobs. Hundreds of millions of dollars were lost by lenders. A company was ruined.”

Dusing, in his closing arguments, started by asking the jury the same question he asked them at the trial’s start three weeks ago: “Did Mr. Hild intend to defraud anybody?”

By that measure, Dusing said, “Mr. Hild was innocent when we began and he’s innocent now.”

Dusing said the government failed to prove its case beyond a reasonable doubt and questioned the government’s logic that the bond pricing was an intentional scheme.

“No one lost more than this man right here,” Dusing said of Hild. “Why in the world would somebody engage in a scheme to defraud that would most negatively impact themselves?”

Dusing also repeated a stance Hild had taken with the media shortly after his arrest in 2019 — that just because Live Well collapsed due to a failed bond business doesn’t mean a crime was committed.

This guy is about as good at lying as he was with his fraud scheme. The reverse mortgage business is a scam and a rip off to begin with – it is the very definition of predatory lending. The estimated number of reverse mortgages according to the us mortgage bankers association for 2018 was merely 33,000 LOANS. That is not a big market, certainly not one that you can abuse the way he did. Typical story of greed and how if this guy had been happy “just” stealing a couple of million bucks he probably never would have gotten caught.… Read more »