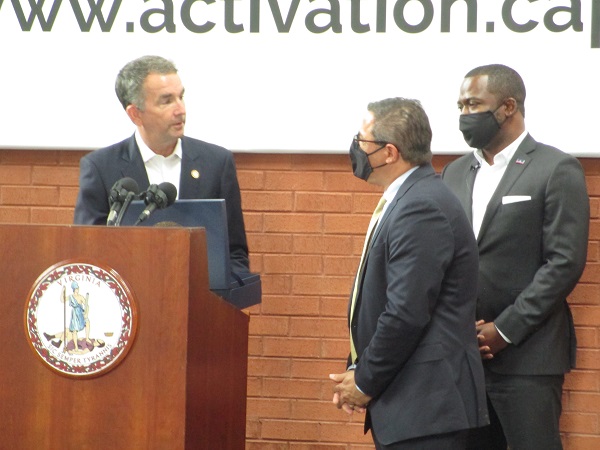 A Silicon Valley-based company that has developed a way to track immunity to diseases like COVID-19 is building a new lab at the VA Bio+Tech Park, where another multimillion-dollar project is getting another look.

Aditx Therapeutics, or Aditxt for short, announced Monday it will invest $31.5 million over three years to develop an immune monitoring center in the Bio+Tech 8 building at 737 N. Fifth St. on the downtown campus.

The facility, which is slated to begin operations in the second half of this year, will initially fill 25,000 square feet in the building with plans to expand. The so-called AditxtScore Center is expected to create more than 300 jobs over time.

The assessments are used to measure indicators of immunity to diseases including COVID-19, which is the focus of a recently commercialized application that the company developed for use in detecting and neutralizing antibodies against coronavirus antigens.

The company went public last June and trades on NASDAQ under the symbol ADTX. In November, it secured certification to commercially launch AditxtScore’s operations, which have been co-located with collaborator Salveo Diagnostics in the Park Central office park in Henrico County. The company is headquartered in Silicon Valley and also has an office in New York City. 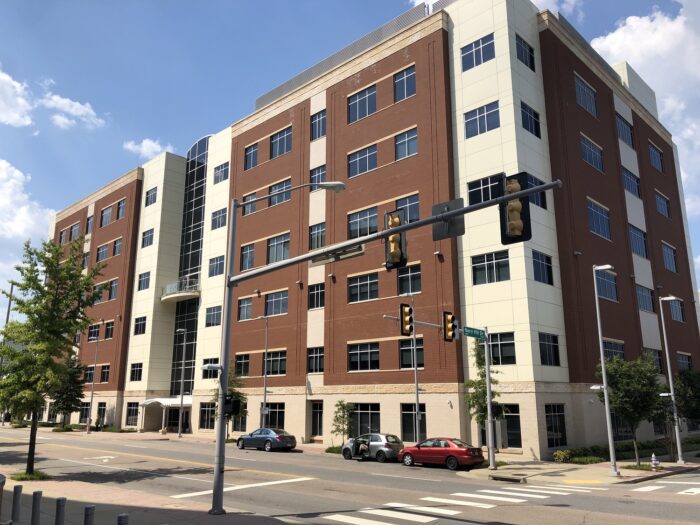 Amro Albanna, co-founder and CEO of Aditxt, said the downtown facility will allow it to process up to 10 million AditxtScores annually.

“This milestone could not be more timely,” Albanna said at Monday’s announcement. “In 2020, when the pandemic started, governments and public health agencies all over the world did everything possible to control infection … to minimize the loss of lives.

“As we move forward, we must transition from focusing on infection status to protection status.”

The state is providing a $1.3 million grant to assist the city with the project, which is eligible for benefits through the Virginia Enterprise Zone Program and a Research and Development Expenses Tax Credit for R&D expenses. Job creation support also will be provided through the Virginia Talent Accelerator Program.

The city worked with the Virginia Economic Development Partnership and the biotech park to land the project.

The announcement came two weeks after another biotech firm, Grenova, marked the start of a $10.6 million, 33,000-square-foot facility near The Diamond that’s planned to create 250 jobs.

At BioTech 8, Aditxt joins tenants including Phlow Corp., Immunarray, TCG Green Chem and Medicines for All Institute. The 76,000-square-foot building once housed a large lab for True Health Diagnostics and before that was the headquarters of the former Health Diagnostic Laboratory.

Plan for new research building could be reworked 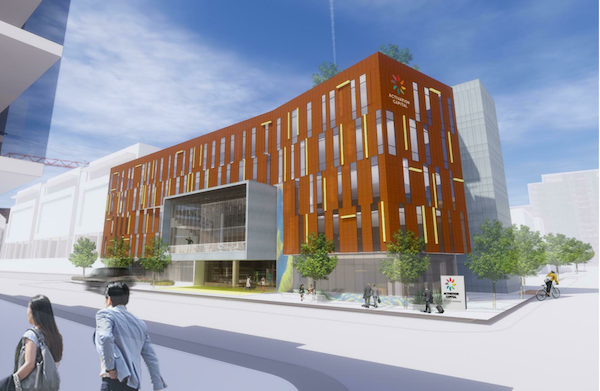 A rendering of the 100,000-square-foot building proposed in 2019. The biotech park is now revisiting the project. (City documents)

In his remarks, Stoney noted Activation Capital’s plan for a new six-story, 100,000-square-foot research building at Eighth and Leigh streets. Referred to as the 8L building, that project is now being reconsidered in light of increased demand for life sciences space, Briggman told BizSense after the announcement.

Briggman, who just completed her first year as CEO, said Activation Capital is rethinking the plan it submitted in 2019 but still intends to add capacity to the park, either through a reworked design of the 8L building or with multiple projects spread across the campus.

“The original concept, we’re pivoting away from that a little bit, because we want to make sure that we have a mix of life science companies of different sizes and respond to the demand,” Briggman said. “We want to add the capacity, but we want to go beyond the original concept that was planned for that corner.”

“We’re still having conversations with potential partners behind the scenes, but we’re looking to pivot it in order for us to accommodate more demand than what was originally thought when the original idea was conceived,” she said.

Man, that rendering shows what would be one UGLY building…