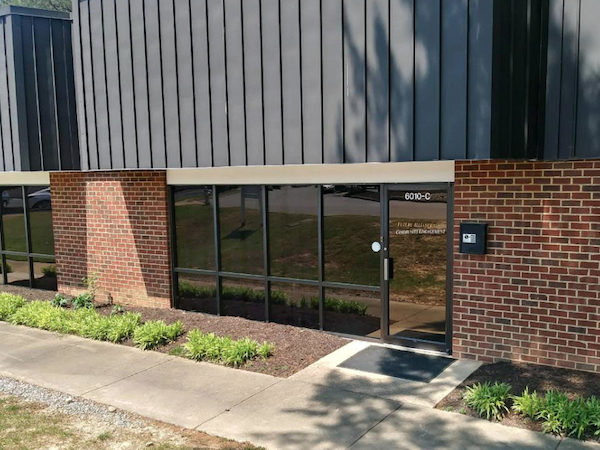 Gearhead Camera plans to move out of Scott’s Addition to a new location at 6010-C N. Crestwood Ave. in Henrico. (Jack Jacobs photo)

While there’s no guarantee a casino will be built on Arthur Ashe Boulevard next to Scott’s Addition, Max Fischer said he isn’t sticking around to roll the dice.

The owner of local video camera rental company Gearhead Camera said he is relocating his business out of the otherwise sought-after neighborhood, in part due to the possibility that a proposed casino could end up a few blocks away.

“I wasn’t going to sign a five-year lease with that even as a possibility,” he said of the casino, noting that his current lease in Scott’s Addition was coming to a close anyway.

One of the two finalists in the bid to become the city’s selected casino operator is The Cordish Cos., which wants to build a casino on 17 acres owned by Bow Tie Partners at 1301 N. Arthur Ashe Blvd., a few blocks away from Gearhead’s current space.

The city is anticipated to select its preferred casino proposal in May. City voters will then decide whether to grant the license to the city’s pick in a referendum on Nov. 2.

Fischer said that he was already cooling on Scott’s Addition even before casino conversations started. The neighborhood has become a place of constant and disruptive construction and limited parking, he said, and public drunkenness has become an issue. He said the possibility of a casino landing nearby was the last straw.

“Scott’s Addition over the last couple of years has changed a lot, and for a small business owner like me it hasn’t changed for the better,” he said.

Scott’s Addition has been in a state of brisk transition in recent years thanks to new development, which is changing the historically industrial district into a residential, office and entertainment hub.

Gearhead is moving into a 2,500-square-foot space, which Fischer said was about the same size as the company’s current location.

The 21-year-old shop offers a variety of filming equipment — cameras, lenses, monitors and related items — for rent. Fischer doesn’t plan to change products or services as part of the move. He hopes the new space, which is in a building just off Broad Street with its own parking lot, will be more accessible to customers.

Aside from the proposed casino, more new development is on the horizon for Scott’s Addition.

Local real estate firm Capital Square is under contract to buy the N. Chasen & Son building at 2924 W. Marshall St. and some surrounding parking lots with plans to redevelop the site into about 350 apartments. The Veil Brewing Co. has a second location planned for the neighborhood 1509 Belleville St. And Capital Square is eyeing a food hall at 3015 W. Leigh St.

How many others think that Scott’s Addition needs really thoughtful, smart development at this point: green spaces, trees, potted plants to soften all of that hardscaping; smart off-street parking; and intolerance for public drunkenness. And, NO Casino at Bowtie to decrease business for restaurants, breweries, etc.

You are right, but the city “planners” could screw up ice cubes, so this too will be a cluster. Can’t wait to see how this blows up

Im curious about the public drunkeness issue, is i assocatied with any certain businesses?
The Pandemic isn’t even really over, and since Fusion got shut down i didnt know was an issue.

Scott’s Addition has become the 21 and up playground of Richmond and its primary entertainment is centered around alcohol. With that is going to come the public drunkenness. The solutions are to either contain it within a facility (such as a large venue with lodging) or embrace it. While the later works for many businesses, many others are no longer compatible and their move opens up opportunities to those that are.

Honestly, as someone who works in Scott’s Addition every day, public drunkenness is not an issue. Could it happen at night? Sure, though I don’t even see it then.

Parking is getting to be a pain though, I’m guessing that was more the issue.

And I’m guessing the real issue was that the company had a cheap lease, which vanished, and had to move out to the boonies to keep their pricing

If the obect was to get away from places that serve alcohol, Gearhead moved to the wrong spot.
Look at the map, you could see the back deck of The Answer BrewPub from his front door( if there are no cars in the lot.)
If you look up his old location, he is now MUCH CLOSER to a place that serves alcohol.

I looked at both locations. To compare a single brewpub to the high number of bars/brewers within a block or two of the former location isn’t even close. For a business that doesn’t apparently need to be near a destination, the decision seems like a no-brainer to me.

Mekong resturant is in the front of the same building.
So he is seperated by a foot of grass from the parking lot of two places that serve alcohol, as does The Crazy Greek directly across Broad street.

Ed, I assume you realize that The Anser (a James Beard semi-finalist) and Mekong are owned and operated by the same family. We could probably call them a single place, but my point stands. And TCG and Mekong are both closed by 9 pm.

The only point that stands is that they moved to alms share a parking lot with a brewery, so thats no the actual reason they left Scott’s Addition. Also every place serving had to close early due to covid, they will all be back to full swing soon enugh.