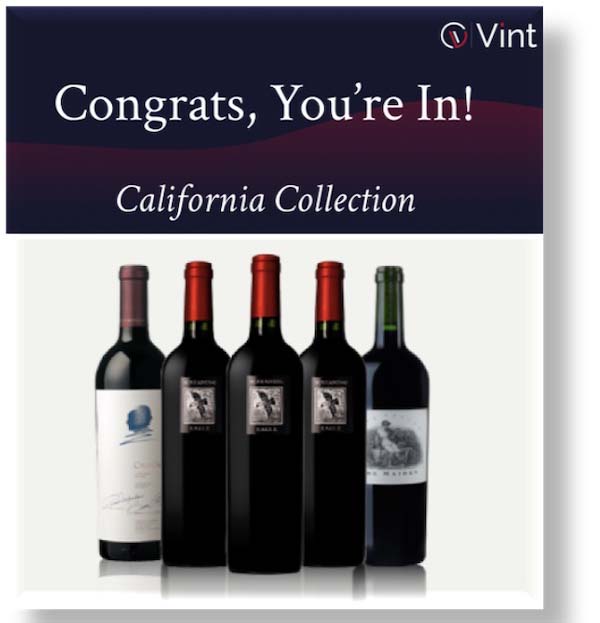 The company’s first offering is a $46,000 collection of 24 bottles primarily from California’s Screaming Eagle Winery. (Images courtesy of Vint)

Looking past the latest craze-fueled stock market trends like crypto currency and GameStop shares, two local UVA alums are offering investors a chance to own assets that are nearly certain to get better with age.

Nick King and Patrick Sanders will launch Vint next week, an online service through which individuals can invest in collections of fine wines.

Vint recently received the approvals needed from the Securities and Exchange Commission and bought its first offering: a $46,000 collection of 24 bottles primarily from California’s Screaming Eagle Winery.

After getting his degree in economics, King, a Midlothian native, worked at local investment firm Thompson, Siegel & Walmsley. It was there that he said he took an interest in alternative investments. 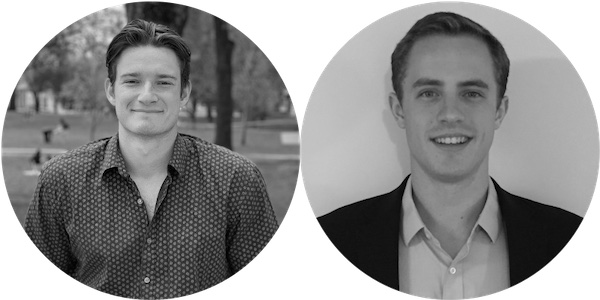 “Broadly, alternative assets are anything outside of your traditional stocks, bonds or mutual funds. I narrowed into what you’d consider alternative passion assets — fine wine, art, sports memorabilia, classic cars and other collectible items,” King said.

He began researching fine wine through the lens of an investor shortly after graduating from UVA in June 2019, and liked what he saw.

“It has strong returns, low volatility and low correlation to traditional financial assets, which is really valuable in portfolio construction,” King said.

As a nontraditional asset, the fine wine investment market itself also has some inefficiencies that King said could play to Vint’s advantage.

“To compare it to the equities market, the price of Apple stock is going to vary on the open market by pennies or fractions of pennies,” King said. “When you look at the wine market and at a blue-chip Bordeaux, your pricing spreads will be much wider because there’s just not as much capital being used to price the assets. That presents opportunity.”

Shortly after getting the idea for Vint, King connected with Sanders, whose background in computer science helped bring Vint’s online system to life. King said Vint is aiming to lower the barrier to entry through lower minimum investments and opening the market up to non-accredited investors.

A minimum investment in fine wine has historically been around $25,000, King said, whereas Vint is looking to sell 1,000 shares of its initial collection at $46 per share. 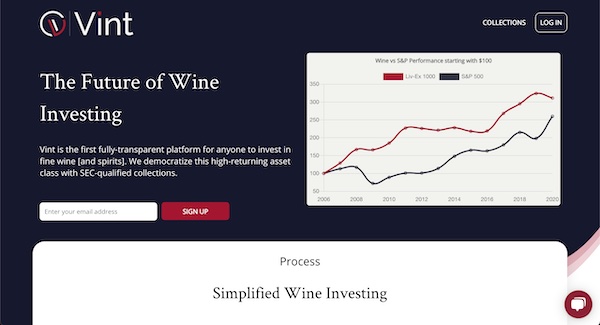 Once all the shares issued for a given collection of wine are sold, Vint would begin offering another collection. King said the company generates revenue through a sourcing fee.

Vint has an advisory board of five people that help find and analyze collections of wine. After purchasing the wine, King said they go to the SEC and say they’re planning to securitize and offer shares of the asset.

King said Vint keeps its wine at Domaine Storage, a wine-specific warehouse in D.C., and that its target investors are retail investors who also might be into wine.

“They value diversification and they drink wine on the weekends but aren’t necessarily a wine connoisseur,” King said.

“The Asian market has really grown in terms of its affinity for fine wines. The prices over there are at a premium compared to that of the U.S. and U.K.,” King said.

King and Sanders are Vint’s only full-time employees, but King said they’re planning to grow to five or six this summer as they up their marketing.

The duo both poured in some of their own money to start Vint and closed an angel investment round this spring for an undisclosed amount. King said they’re hoping to raise about $2 million in further investor capital this summer.

King said while he’s not a big wine drinker himself, his interest in it is growing the more he learns about it.

“What I think is interesting is the whole notion of the high-class nature of wine in society is in complete contradiction to the process of making it, which is a purely agricultural process,” King said.

Cool idea. But what is the legal framework for allowing investors to purchase specific “collections”? The SEC filings show that VV Markets LLC is offering 14,172 shares of the company per Regulation A. So are investors actually purchasing securities of the company itself?

Thanks for clarifying, Nick!

Great use of business school lingo in this article

Maybe we can get the laws changed here in Virginia, to allow wines to be shipped direct to the consumer from out of state? Right now, I have wine shipped to a friend in NC, then I go and pick it up. Sorry Commonwealth, no tax revenue for you!

it is legal to ship direct to consumer in VA. Pretty frequent too. But there’s bureaucracy and tax involved so some wineries & shippers don’t want to deal