Padilla made three promotions in its Richmond office. 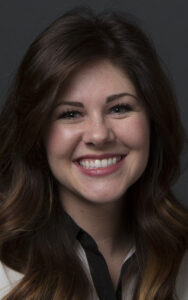 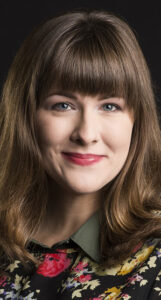 Lauren Llewellyn was promoted from account supervisor to director in the corporate advisory group.

In place of its annual recruiter session, which couldn’t be held in-person this year due to the pandemic, the Brandcenter created a website with 903 Creative to showcase the work of the 105 students that make up its Class of 2021. Before the site went live April 26, 13 of the students had already lined up jobs at such employers as Google, Microsoft, Mother and Deutsch LA. The class graduates May 15.

Spang TV director Jordan Rodericks and cinematographer David Muessig helmed music videos for local musicians Lucy Dacus and McKinley Dixon. The production studio also worked with Dacus and label Matador Records on several projects supporting her upcoming album, including a live recording of her single “Hot & Heavy” that aired on The Late Show with Stephen Colbert in April. The recording was filmed at Richmond’s Virginia Repertory Theatre, and the single’s video features the Byrd Theatre. 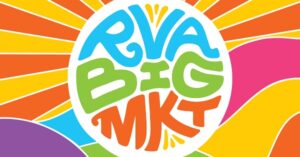 The logo that Elevation created as part of its rebrand for GrowRVA’s RVA BIG MKT.

Elevation rebranded GrowRVA’s RVA BIG MKT, a Saturday farmers’ market at Bryan Park that was formerly the South of the James Farmers Market. The agency handled naming and graphic identity development for the market, which moved across the river last year.

Elevation launched a campaign for Pure Farmland, a national plant-based proteins producer. Called “Grow A Meal, Share A Meal,” the campaign is designed to help consumers grow their own home gardens and features custom garden plans created by Timothy Hammond, known as the “Big City Gardener.” The agency created a website where the plans can be downloaded, and it developed content for tutorial videos featuring Hammond. 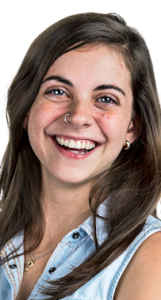 Dotted Line was hired by Tennessee-based Southern Land Co. as agency of record for Westerly, a 1,200-home community it’s developing in Erie, Colorado. Work will include branding and a multi-channel marketing campaign.

Evergib was hired by Seasonal Roots, an online farmers market with service areas in Virginia and Maryland. Work will include brand strategy, messaging and consulting.

Arts & Letters Creative Co. released a 60-second spot for ESPN promoting its NBA on ESPN program. Muse by Clio has more on the spot here.

The Martin Agency was named agency of record for Coinbase, a publicly traded cryptocurrency exchange operator. Campaign US has more on the account win here.

Workshop Digital was hired by Iowa Allergy, a pediatric and allergy care provider. Work will include search engine optimization.