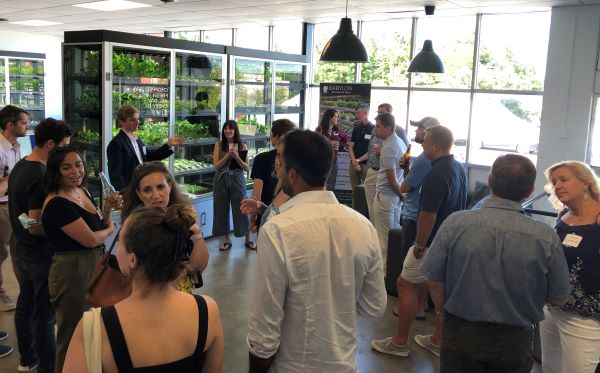 Shortly after it put down roots in Richmond, a micro-farm startup is cultivating a nationwide expansion with recently secured funding.

The National Science Foundation awarded Babylon a $1 million grant for continued development of BabylonIQ, the software program used to operate the company’s micro-farms.

Babylon announced it received the grant in May, shortly after the company closed on a $3 million capital raise earlier in the spring.

BabylonIQ is used by the company to remotely monitor the farms on behalf of its clients, who buy or lease the company’s farming units. The company’s units can be found at schools, senior homes, hospitality companies and hospitals. 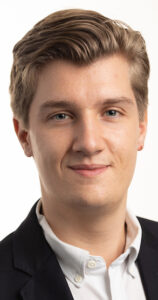 “It’s a machine learning model that allows us to leverage the sensors and monitors and tie them together to perform very detailed inspections,” CEO Alexander Olesen said.

The new funding will fuel the company’s efforts to scale its operations and further commercialize the software, which is hardware-agnostic, meaning it can be used to manage the operations of third-party micro-farms.

“We see that future emerging where there won’t be a winner-takes-all but an ecology of hardware configured for special markets and special crop varieties,” Olesen said. “That really opens up a lot of possibilities of what we do moving forward.”

Babylon’s recent $3 million capital raise is also geared toward the company’s moves to become a bigger player in the industry.

The capital raise funds have been used to fuel efforts to scale up its operation by increasing manufacturing capability and customer support, to help the company extend its reach beyond Virginia and nearby states to new markets throughout the United States.

As of mid-May, Babylon operated 45 farms in the Mid-Atlantic region, with plans to increase the farm count to more than 100 by early 2022.

Olesen said the East Coast is fertile ground for expansion because much of the country’s leafy greens grow in West Coast soil. He added the pandemic has been a motivator for at least some of the company’s customers, because COVID-19 caused disruptions to the country’s food supply chain.

“We do see a lot of interest on the East Coast to work through supply chain issues,” Olesen said.

“(Growing food) seems like something tangible and something people connect with. Fortunately for us and the industry, we’ve seen a lot of growth as people look to source more locally,” he said. “We see the reopening from COVID as a huge opportunity.”

The Center for Innovative Technology led the seed round. Hull Street Capital, Venture South and the CAV Angels group, all of which are new investors in Babylon, also contributed to the round. The raise was ongoing in February but a company spokeswoman declined to comment on the use of the funds at that time.

Babylon expanded its footprint in Scott’s Addition earlier this month to about 19,000 square feet by taking over a space adjacent to the one it leases within the building.

Babylon has also increased its headcount to 33 full-time employees. The company has raised a total of $5.6 million in equity and $2 million in grants to date.

Babylon was founded by Olesen and Graham Smith in 2017.