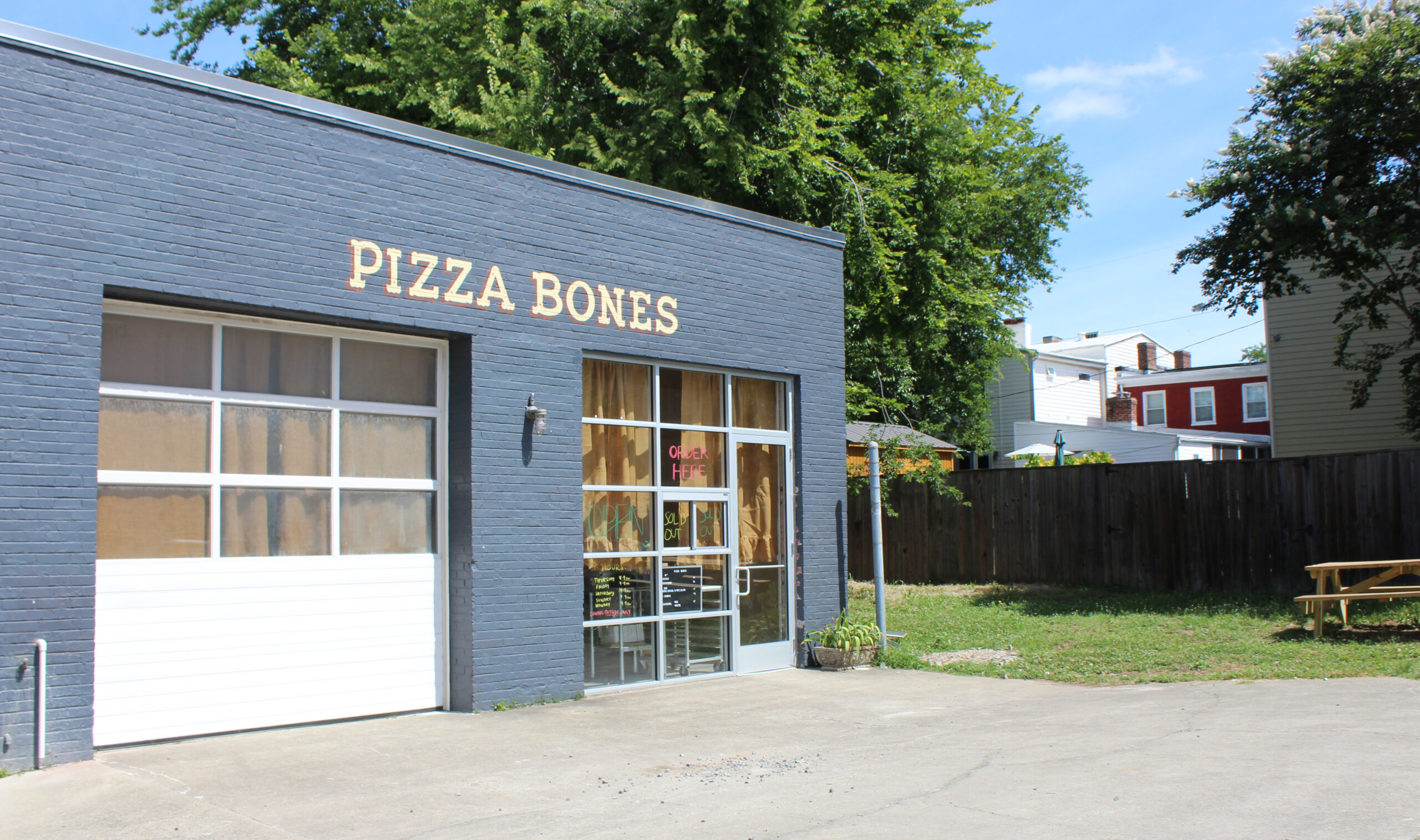 After two soft openings and almost a year of weekend pop-ups, Ashley Patino is opening the doors on a brick-and-mortar spot for Pizza Bones.

With a focus on pizza and wine, Pizza Bones opened June 24 at 2314 Jefferson Ave. in Union Hill. It is currently operating from 4-9 p.m. Thursdays to Sundays, doing only carry-out and outdoor dining for now.

Patino started Pizza Bones as a pop-up out of her house and later was able to run weekend pop-ups at several locations around town, including Charm School, the downtown ice cream shop on Broad Street.

“I was friends with the Charm School owners because we lived in San Francisco at the same time. When they closed for the pandemic, we had talked about doing it out of their space,” Patino said. “I was using a convection oven and slates that I got from Home Depot for free because they were broken. I covered them in aluminum foil and made pizza on them.”

Patino formally launched the business in May 2019 and was regularly doing monthly pop-ups. Other locations included The Veil Brewing Co. and The Jasper, as well as Sub Rosa Bakery, where Patino once worked before moving to California.

“It eventually turned into every week once the pandemic hit and there was nothing else to do. I didn’t have a job, so my job was Pizza Bones,” she said.

She secured the Union Hill space with the help of broker Susan Haas of Joyner Commercial. The building was formerly home to nonprofit Tricycle Gardens.

Renovations on the property were around $75,000, Patino said. The roughly 1,500-square-foot former gas station had no kitchen space and had to have HVAC, ventilation, hoods and more installed.

The launch has been funded by investors and $30,000 raised in a Kickstarter campaign.

Patino said she started making pizza after developing an obsession with the book “Flour Water Salt Yeast: The Fundamentals of Artisan Bread and Pizza” by Ken Forkish.

“He owns a pizza place in Portland. It was actually more like a bread book. But I really liked it because you could customize it to your timeline, like if you wanted to make dough two days before or a day before or on the same day. I remember doing that and just having pizza parties —a lot of pizza parties,” said Patino. 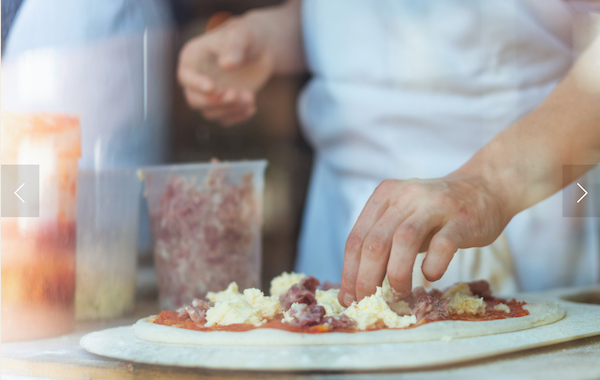 She added, “It’s a shareable food. It’s a party food. It brings people together. You can put anything on it, too. You can have a cheese pizza or, God forbid, a barbecue chicken pizza.”

Pizza Bones currently has four to five employees and is accepting applications for when it expands its hours. It will eventually have dine-in service, but Patino is unsure of when that will start.

After running Pizza Bones as a pop-up for so long, Patino said she is excited to have a permanent location.

“It feels a little more gentle than what I imagine it would be to go straight from employee to employer. Everything has been gradual and it has helped a ton to have so much business support and generally being surrounded by mentors,” she said. “Nonetheless, it is definitely nerve-wracking.”