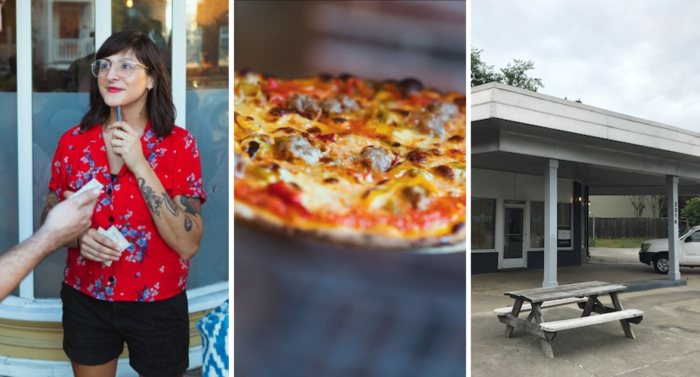 Pizza Bones will open in a space formerly occupied by Tricycle Gardens near Church Hill. (Photos courtesy On Three Photography)

A restaurant row of sorts is forming in Union Hill, with a new pizzeria grabbing a slice of the stretch of Jefferson Avenue that’s home to Alamo BBQ, Union Market and the forthcoming North End Juice Co.

Pizza Bones RVA is preparing to open at 2314 Jefferson Ave.

Behind the concept is Ashley Patino, who formerly worked at Lamplighter Coffee Roasters and Sub Rosa Bakery before moving to San Francisco in 2015 to work at Tartine Bakery. 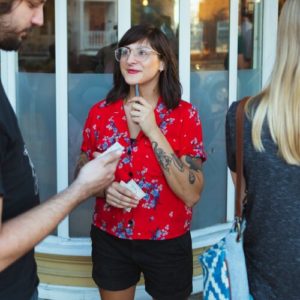 “I started doing pastries then switched to bread, where I learned about whole grains and spontaneous fermentation,” Patino said. “I’ve always wanted to have a bakery and that turned into pizza.”

Patino moved back to Richmond last year and began looking for a space. Earlier this month she leased the 1,500-square-foot storefront that was formerly home to nonprofit Tricycle Gardens, which recently ceased operations after transferring its assets to the Enrichmond Foundation.

Prior to the lease and the pandemic, Patino had been doing pop-ups for Pizza Bones at a few local spots, including Sub Rosa, The Veil Brewing Co. and The Jasper. When stay-at-home orders came about, Patino said she still kept practicing the craft from home.

“Since I haven’t been working I’ve been pursuing Pizza Bones even harder, and was like, ‘Well if I’m home I might as well bake pizzas.’ So I’ve been making them out of my house,” she said “Somehow, people still want to pick them up. It’s been a surprising delight.” 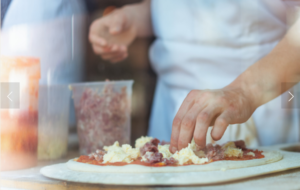 “I’ve had some people from New Haven say that they approve. It’s mostly a stand against Neapolitan in a way,” she said. “It isn’t just made with white flour, I use some whole grain because to me that’s more exciting.”

Patino said she might also tap into her coffee and bakery roots at the new Union Hill shop.

“The plan is to be able to open to make pizzas from 4 to 9 p.m. or something,” she said. “But I would really like to offer an a.m. program that has just drip coffee and grab-and-go pastries. I have an extended background in making coffee and pastries. I kind of want to include that.”

Patino is designing the space with the help of architect Jodi Dubyoski of Form Coalition. In lease negotiations, Susan Haas of Joyner Commercial represented Patino and Nathan Hughes of Sperity Real Estate Ventures represented the landlord.

She said she’s aiming to open Pizza Bones in early September, and that she’s planning to launch a Kickstarter in early June to help finance the restaurant.

“I have a handful of small investors, which will get me enough to get an oven and a few other things,” Patino said. “Crowdfunding is kind of necessary. It’s been difficult to communicate with banks who want to see a business that’s been running for four to five years.”

Across the street, work continues on the aforementioned North End Juice Co.’s forthcoming location at 2402 Jefferson Ave. It will be the chain’s third Richmond-area outpost. 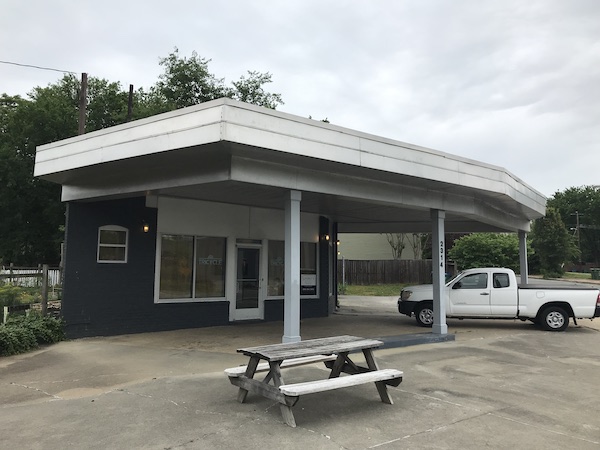