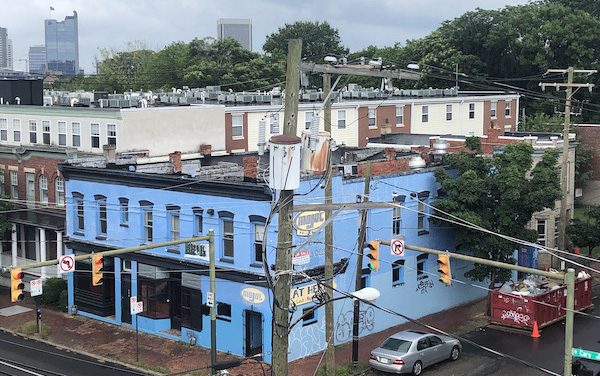 The old Mojo’s Philadeli building near VCU has changed hands for the second time in six months.

The building that formerly housed the bar and restaurant at 733 W. Cary St. sold to a group led by Fredericksburg-based doctor Stephen Bakos earlier this month for $790,000.The price tag was $40,000 higher than what investors Gordon Quinby and Charley Smith paid for the building in late December.

Bakos, who went to medical school at VCU, said they’re looking to renovate the building for mixed-use.

“We’re hoping to work with a local restaurateur, hopefully to cater to both the student population and also patrons of Altria Theater,” said Bakos, adding that he also could see possibly a coffee shop or something similar.

He said they’re looking to prioritize independent commercial tenants for the space, and that they may seek out a local artist to do a mural on the side of the building.

“That building’s known for its blue color. We want to keep a unique look to it. It’s sort of a landmark down in that area,” Bakos said.

He said he and his business partners have done similar commercial development projects in Fredericksburg, but this is their first venture in Richmond.

They were interested in the Mojo’s building when Smith and Quinby bought it.

“We initially didn’t get it. Then a few months later, we got a call from our Realtor saying, ‘Do you want to go for it?’ and we said, ‘Absolutely,’” Bakos said. “I thought it was a great opportunity to invest in and bring something back to VCU.”

Quinby and Smith, who previously said they were planning a similar renovation for the property, declined to comment on why they chose to sell the building.

Bakos said they’d like to have the building ready for apartment and commercial tenants to move in by spring or summer 2022.