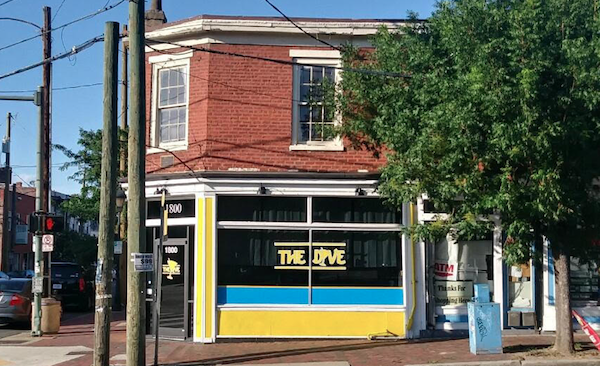 The Dive opened at 1800 E. Main St. The nightclub is a new concept by the owner of Crave, a Latin American concept that opened in the same spot last year. (Jack Jacobs photo)

A short-lived Latin American restaurant in Shockoe Bottom has been revamped as a nightclub.

The Dive recently opened at 1800 E. Main St. by the same owner as Crave, which had operated in the space since October.

Owner John Malanka said the switch came in April and is partially an attempt to grab the attention of people living in the neighborhood or who come there for entertainment after the sun goes down.

“It’s more a club atmosphere in the nighttime and in the daytime we do our lunch and dinner,” Malanka said. “We’re catering more to the area itself and the locals.”

Though nightlife is a focus of the Dive concept, it also serves brunch, lunch and dinner. The club features a menu of American bar staples like burgers, steaks, wings and fried chicken. Entrees are priced at an average of $12 to $13.

Malanka plans to open the space’s second floor as a hookah lounge in August. The second floor, which wasn’t used by Crave, brings the total footprint to more than 2,000 square feet.

The Dive has space for about 35 people to sit downstairs and expects to be able to accommodate another 50 in the upstairs area. It has about 10 employees.

“It was the mismanagement I had at the time. I wasn’t hands on because I had other restaurants,” he said. “The people weren’t doing what I thought they should do and I put a new team in.”

He said the new crew’s comfort with American fare led to the menu at the Dive. Malanka said Dive is a joint venture between himself and business partner De’Andre Hunter, a local DJ.

In between opening The Dive and closing Crave, Malanka also briefly tried running his Italian concept The Parm Shop out of the Shockoe Bottom space.

Malanka said he’s also permanently closed The Parm Shop location near Regency mall, which he opened in 2019. He said he felt foot traffic at the mall, which is undergoing a substantial redevelopment, was too low to continue to operate it.

He said he also owns restaurants in New York, New Jersey and Spotsylvania.

I wish him luck, but would urge him to rethink his branding. The bright yellow and blue on the historic building looks really garish and kind of beachy. Aesthetics matter and it would be wise to outsource aspect of the business. Also, what do you think of when you hear of a restaurant called “The Dive”? Generally, that is a bit of an insult and not a place where they serve good food or have a nice atmosphere. The Bottom used to be a real hotspot. I hope that it can get back there again.

I miss Chetti’s at least once every couple of weeks

I’m texting Chetti now that you said that, that will make his day.

The Cow and Clam was such a great spot, I miss it too. Some fond memories there at the bar chatting with Chetti.

That area has certainly changed since the late 90’s but he had a great place.

Hope they are well!

Agreed…the outside of the building has much potential to be appealing but it really misses the mark. Also, it looks dirty and the surrounding buildings and sidewalks look dirty and gritty too. That alone, would keep me away. I suspect I’m not alone.

Dives is a good name: I mean the nickname I hear is the Bullet Bottom. You need to practice your “diving” to get low when the clubs close and bullets start flying.

Wish him luck as well; however there has been a lot of nightclubs in Richmond have closed over the past 15-20 years. I think the dynamic of Scotts Addition along with rooftop bars has pulled a lot of business away from downtown as Richmond has become more of a place that people want to enjoy craft beer/games/socialization versus clubbing/dancing. Richmond has changed drastically over this time. Just my 2 cents.