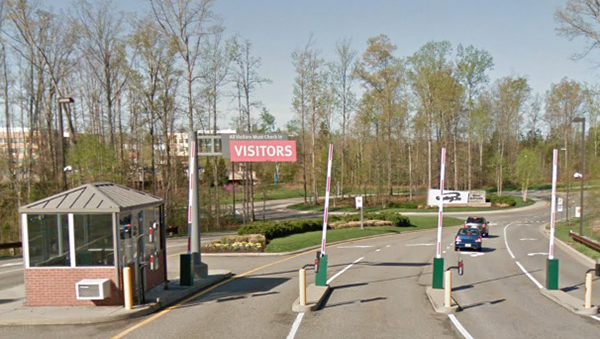 Capital One is laying off 147 remote workers managed out of its massive West Creek campus in Goochland County. (BizSense file)

Correction: 147 Capital One employees are being laid off, not 174 as reported in an earlier version of this story.

Capital One, the Richmond region’s largest employer, is slashing dozens of jobs that are a managed out of its massive West Creek campus in Goochland County.

The 147 positions being cut are those of remote workers, leaving the exact impact on the Richmond region unclear.

The company, according to a WARN Act notice, said the affected employees all work from their homes within Virginia, though it did not specify their approximate locations.

The company said these workers are not assigned to a specific physical Capital One office location but “receive their work assignments from Capital One’s West Creek facility.”

It emphasized that there is no direct impact to its West Creek operations, where a bulk of its 13,000 local employees are typically based during non-pandemic times.

“The West Creek facility is not closing and this action involves no job eliminations for employees in positions at the West Creek office,” the company said in a letter submitted with its WARN notice.

Capital One said the positions are being cut as a result of the complete shutdown of its “card customer outbound recoveries” business unit. The layoffs are expected to occur Sept. 7. Affected employees were notified June 30.

The company did not respond to requests for additional information Monday afternoon.

It said in the WARN notice that the affected employees are eligible for severance, outplacement assistance, career development support and opportunities to apply for other roles within the company.

The WARN notice was submitted June 30. The notice was also addressed to John Lumpkins, chair of the Goochland County Board of Supervisors.

The layoffs come on the heels of Capital One’s announcement last month that it would permanently adopt a “flexible hybrid model” allowing employees to work a mix of in-office and virtually, following trends adopted during the pandemic.

Upon reopening its offices to its 52,000 employees as planned on Sept. 7, the company said Mondays and Fridays will be flexible days on which employees can work from wherever they’d like.

Tuesdays, Wednesdays and Thursdays are to be the days in the office.

The company said the choice to come into the office on those days will be strongly encouraged but not mandatory and it will not require employees to work any certain number of days in the office.