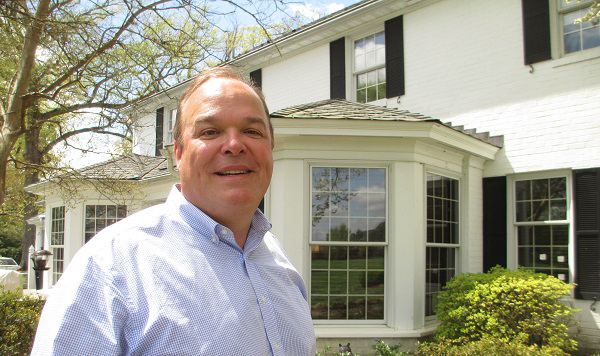 One of the longer-running homegrown real estate brokerages in the region has found a new place to call home.

Hometown Realty recently opened the doors of its new corporate headquarters at Oaklawn, a former residence on a 13-acre lot at 9102 Old Oaklawn Drive, along Shady Grove Road just south of Studley Road in Mechanicsville.

The 32-year-old brokerage held a grand opening July 15, nearly two years to the day that it purchased the former Patrick family homestead for $1.1 million.

The roughly 6,000-square-foot home, built in 1974, had been the longtime residence of the late William (“Pat”) Patrick Jr., founder of Patrick Auto Group.

Mike Chenault, who leads Hometown Realty along with his brother Rodney and fellow principals Dean Cheatham and Todd Rogers, said the new digs will allow the brokerage to continue its approach of face-to-face meetings and building relationships with clients. The renovated building’s meeting rooms and common areas will be available to all of its 350 agents, he said.

“We’re really going 180 degrees against the market, because everybody else is ‘Do it from home, do it cheap, do it from the coffee shop,’” Chenault said.

“We want to have a meeting place and a place for our clients and friends to come, and we’re going to use it for networking events and our agents to be able to entertain their friends and clients,” he said. “We think the relationships are more important than ever, and we really feel like we can grow our business through growing relationships here.” 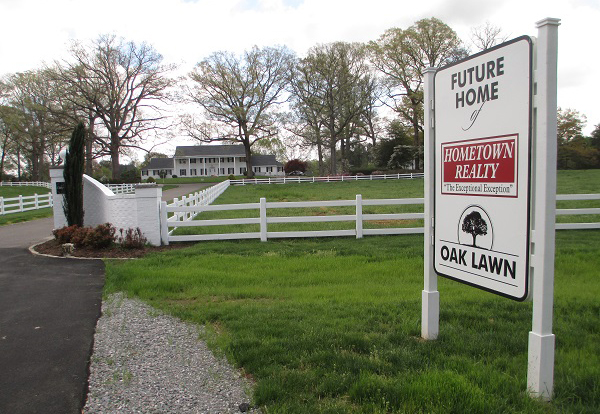 The office consolidates the brokerage’s Lee Davis Road branch and a bookkeeping office it had on Shady Grove Road. The company moved in in March, and Chenault said about 25 agents would be based out of the office, along with support staff.

The company originally envisioned the site doubling as an events venue that could be rented out for weddings and other gatherings, but opposition from neighbors led to those plans being nixed. Chenault said the site would just host Hometown gatherings for now, such as cookouts for agents and client appreciation events.

“I voted to put in a pool and a putting green. Nobody else has agreed to that yet,” Chenault said.

With 17 offices across Central Virginia, including outposts in Fredericksburg and Tappahannock, Hometown has grown considerably since Chenault’s mother, Bonnie, founded it in 1989, with Chenault on board as her first agent.

Soon after, Chenault and Rogers started their development company, Rogers-Chenault Inc., whose projects of late include the 171-unit Stony Run Condominiums and Hickory Hill, a 277-home community east of Ashland.

Rogers joined Hometown as an agent in 1993.

As Rogers and the other principals look ahead to potential retirement, Chenault, who said he’s not quite ready to hang it up, said they’ve sold a portion of the business to 10 of their younger colleagues and junior principals to guide the firm for the next generation of agents. 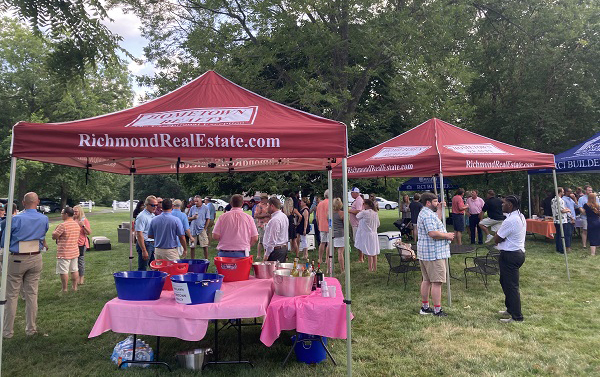 The company held a grand opening on July 15. (Courtesy of Hometown Realty)

Chenault said Hometown recruits new agents who are then trained by team leaders and more experienced agents. Teams operate as their own businesses, reducing overhead costs and allowing flexibility.

Chenault said all agents work on a flat commission split that varies based on experience level. Splits with the brokerage are capped annually at $30,000 for team leaders and $15,000 for team members.

“We’ve been growing teams since before it was cool,” Chenault said. “We have 28 teams at Hometown Realty, and 10 of them are the biggest teams in Richmond. But to grow a team, you have to have office space. You need to run it as a group.”

The approach appears to be paying off for Hometown, which Chenault said hit its highest-ever sales volume last year with over 4,000 transactions totaling more than $1 billion.

“That was the first year ever we cracked $1 billion in residential sales,” he said. “2020 was a crazy year, but it was off the hook as far as that number.”

Congrats Mike and to the entire Hometown Realty team!