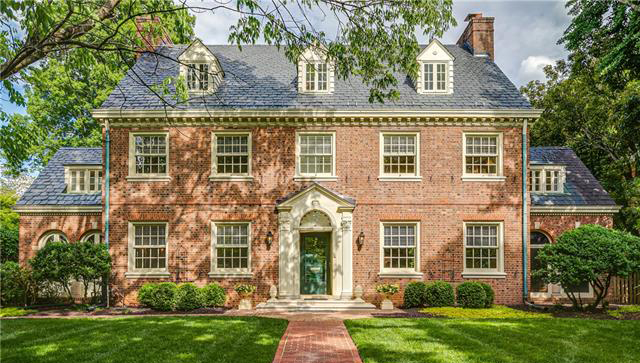 The house at 207 Nottingham Road sold for $2 million, which was $750,000 more than its asking price. (Photos courtesy of CVRMLS)

By appearances, the nearly century-old house on one of Windsor Farms’ outer blocks isn’t the most remarkable of the homes in the toney West End neighborhood.

But its recent sale — at nearly twice its listed price tag — is among several turning heads as extreme reflections of how hot Richmond’s housing market has become.

Susan Jones, an agent with The Steele Group | Sotheby’s International Realty who represented the buyers as well as the seller, said the jump was due to a bidding war that resulted from 10 offers made on the property, which went under contract within days of its May 20 listing. 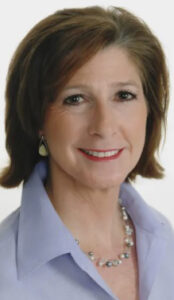 “That large a jump is unusual,” Jones said of the sale, which closed July 12.

“I certainly am experiencing in my sales that everything is going for so much higher,” she said. “Probably not to this degree. But generally the sale prices are just over the top these days, which is what makes it so hard for buyers.”

Jones said all but one of the offers included an escalation clause addendum, a deal sweetener that says a buyer is a willing to go above their original offer.

“It’s such a reflection of the craziness of this market,” Jones said. “It was an exceptional gap between list and sale price. We felt like we priced it reasonably, and it so far exceeded expectations.”

And it’s not just happening in Windsor Farms, or in the city’s West End for that matter.

Margaret Wade, a Long & Foster agent who was among those putting offers on the Nottingham house for clients, this week sold a 4,500-square-foot colonial in Hampton Gardens for $1.91 million – more than $500,000 above its June 1 list price of $1.39 million. 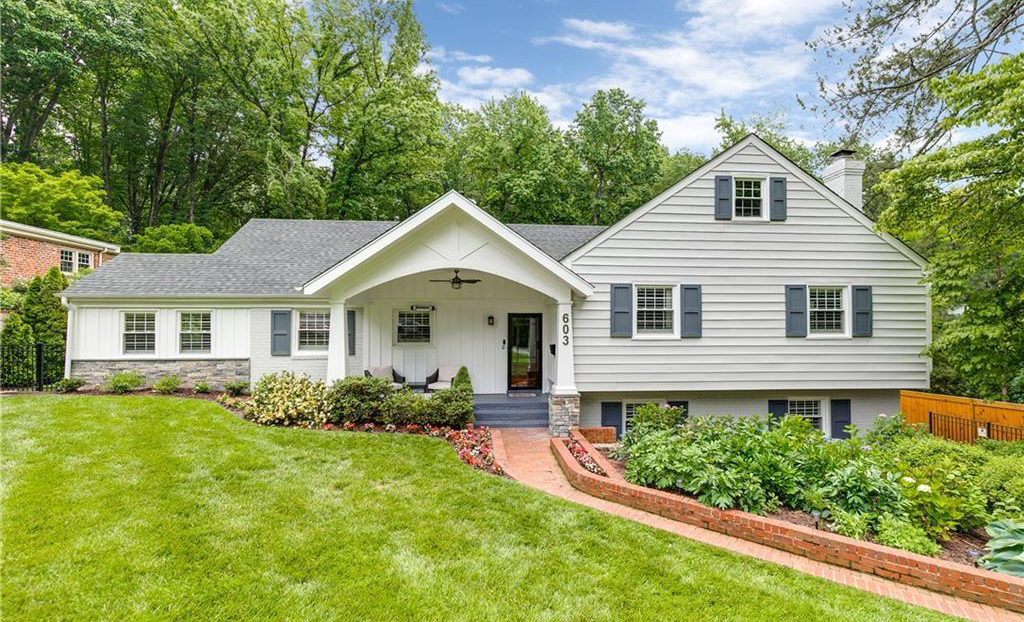 “Normally, it’s Area 20 where we’re having these big escalations, but … it’s sort of going bananas all over the place,” Wade said, referring to the West End’s zone in the Central Virginia Regional Multiple Listing Service.

Noting her Ridge Top sale went to a buyer from San Francisco, and the Nottingham house was bought by a couple returning to Richmond from a larger city, Wade said, “There’s not enough inventory, and there are so many people moving here from bigger, more-expensive markets.

“I think Richmond has been underpriced for a long time. I’ve lived here my whole life and have always seen the appeal. But now the whole world has caught on that it’s such a nice place to live,” she said. “From other markets, Richmond seems sort of like a deal. Now (our prices are) adjusting. But of course those of us who live here and are used to things selling where they are, it’s a bit of a shock.” 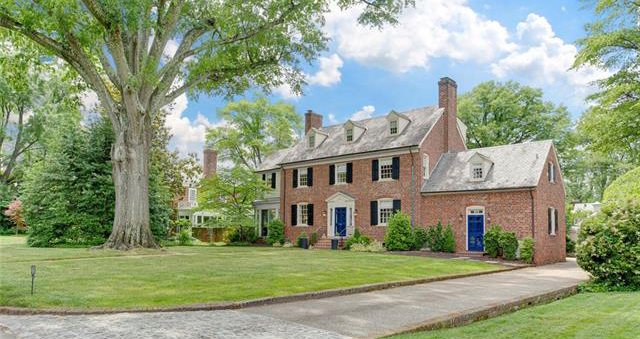 Wade said she received nine offers on both the Ridge Top listing and the home in Hampton Gardens, at 306 Roslyn Road. She likewise cited escalation clauses pushing the prices up, as such scenarios mean at least two would-be buyers are competing at that price range. 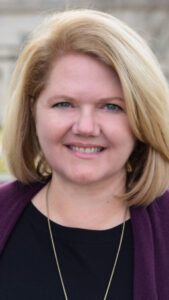 “What happens is people write offer after offer and don’t get it, and then they sweeten their deal. The people that usually end up winning the final day are the ones that have lost out several times (before), and then they just improve their offer. They’re tired of losing, so they make a very competitive offer,” she said.

“As a listing agent, my strategy is to get as many people in the door to see the house and to see if it’s a good fit, and then let the market take it where it’s going to take it. There has been some discussion on Roslyn Road that we could’ve priced it higher to begin with, but we wanted to get more people in the door to see it. But it did sell higher than I thought it would.”

While higher than most, the sales reflect a continued trend of homes on average selling above their list price due to low interest rates, fast-moving inventory and buyer demand.

The same quarter, the average number of days a single-family house was on the market before selling was 11 — down from 19 the previous two quarters and from 25 and 26 the quarters before that, respectively. Condos and townhomes in the second quarter were on the market 21 days on average before a sale.

Jones said such trends, combined with an appealing house in a sought-after neighborhood, made for an extraordinarily higher-than-expected sale in the case of the Nottingham house.

“Inventory is a bit tight, and rates are good and all those things that drive up the prices, and then a special house like this just received a remarkable amount of attention,” Jones said. “It really was an unexpected outcome, and a happy outcome for the buyers and my sellers.”

Jones shared the Nottingham listing with Anne Hall, a Long & Foster agent based out of its Grove office. Hall, who had listed it years earlier when the seller purchased it, said the house drew a total of 55 showings.

Acknowledging the interest rates and competitive market, Hall, who said she has sold nearly 200 homes in Windsor Farms over the years, gave some credit for the sale price to the house, as well. 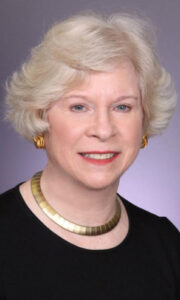 “It was designed by Carl Lindner, a very outstanding early 20th century Richmond architect. He’s not as well-known as (William Lawrence) Bottomley and Duncan Lee, but very outstanding on his own,” Hall said.

“I think it was a combination of a pent-up market in the high end in Richmond, a fabulous location on a beautiful street, and an outstanding architect with a house that’s really got outstanding features.”

Lindner, whose work includes Rock Castle in Goochland and a comparably sized Tudor on Riverside Drive in the city, also designed Wade’s Roslyn Road listing. Jones said the architect designed the Nottingham house, a two-level Colonial Revival, with architectural details that have stood the test of time.

“I think one of the things that was so appealing about it was many of the original features remain intact,” Jones said. “It had not been taken apart and undergone renovations that would not appeal to the next buyer. It was nice in that the historical features were still present and not compromised at all.”

Wade said she’s seen that such homes that don’t require much work are the ones that are selling the fastest and attracting the most offers.

“A trend I’m seeing is people don’t want to do projects or do work. They just want to move in,” she said. “They know how busy the contractors are, how much supplies cost. Renovation is very expensive right now, so if a house is ready to move in and they like it the way it is, that makes it much more competitive than if a house needs renovation or even cosmetic work.”

Wade acknowledged that such jumps in sales over price will likely have an impact on neighboring property values, potentially increasing appraised values and upping real estate taxes.

“It’s just going to keep driving the property values up,” she said. 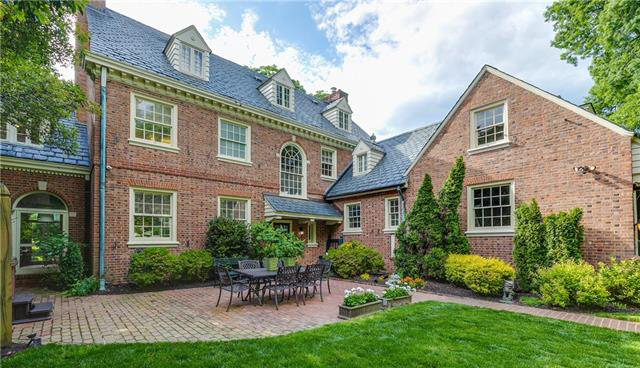 With the Nottingham house, Jones, who worked both sides of that deal, said she had been working with the buyers — identified in property records as Alex and Alston Daigh — since before the pandemic, which she said accelerated their home search.

“I’d been showing them houses for almost two years, and this just popped up and was worth stretching for, for them,” Jones said. “We looked at many, many houses, which was all helpful for them, so that when the right one came along, they knew it was the one.”

She said the Daighs, who have been living in New York, are moving back to Richmond to be closer to family. She said the seller, Michael Godin, a local plastic surgeon, moved to another home in the neighborhood that she also helped him purchase.

Such relocations from larger metros, as well as remote workability and a shift in focus on home life resulting from the pandemic, will continue to fuel buyer demand and keep Richmond’s housing inventory low, Wade said.

“With the pandemic, people have realized they can really live anywhere and there are a lot of people who have always had connections to Richmond but had to go to other places for their careers or work. I think we’ve had a big influx of people coming home to Richmond that are in more expensive markets,” Wade said.

“I wish I had more inventory. I have a lot of buyers who have not been able to get settled,” she said, noting the number of offers on her Roslyn Road listing. “I could have 10 more Roslyns and have the same result.”

“We felt like we priced it reasonably, and it so far exceeded expectations.” The property was offered well underpriced based on comps in the area and the characteristics of this property.

Any realtor suggesting this was a “reasonable” opening price is either crazy like a fox or warrants a pink slip….

The real reason for the $1.25 mil offering was to spark a bidding war.

Wouldn’t pay such an astronomical amount on this property. Can’t see anything mind-blowing on its architectural look.