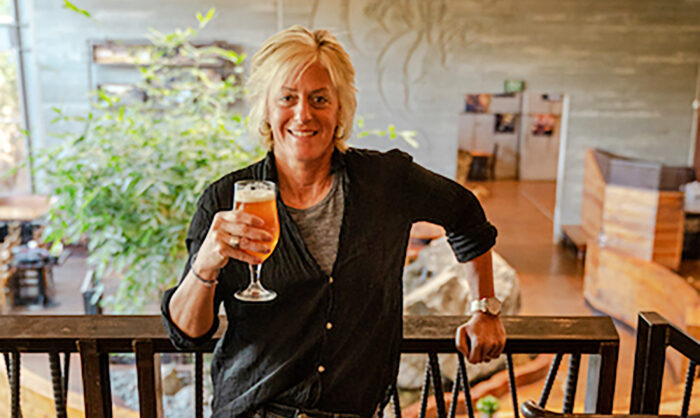 Stone Brewing Co. is celebrating 25 years in business — and five years at its East Coast headquarters in Richmond.

The San Diego-based brewery built its brand over the last two and a half decades on full-flavored brews like its Arrogant Bastard Ale, Stone IPA and Tangerine Express IPA.

While the IPAs are still best-sellers for Stone, which clocked in this year as the ninth-largest craft brewery in the country, the company in recent years has begun rethinking things.

It shook up its leadership last summer when it brought in new CEO Maria Stipp, who formerly held the same title at Lagunitas Brewing Co. Stipp helped Lagunitas rely less heavily on its IPAs, before steering the company to be sold to Heineken in 2017.

Stipp seems to have a similar task on hand at Stone. The brewery has recently added Buenaveza, a Mexican lager, to its year-round lineup and even rolled out a hard seltzer, dubbed Buenavida, as it reimagines its brand. To help produce new and old styles alike in Richmond, Stipp said Stone will add four 1,000-barrel fermenters to its Richmond production facility in the Fulton neighborhood.

Stipp, along with COO Sean Monahan, sat down recently with BizSense to discuss the direction Stone’s heading, how it handled the pandemic, and the status of its plans for a bistro at the old Intermediate Terminal Building in Richmond. The following is an edited transcript:

Richmond BizSense: It’s been a few years since the high-flying days of craft beer where everybody was growing double-digits year over year. What’s it like navigating the industry now, versus two or three years ago when it first started to come back to earth?

Maria Stipp: When craft beer started to slow down, which in my memory was around 2017, it happened very fast. At that time people were building breweries and buying into long hop agreements.

Sean Monahan: Before when it was growing double digits, it was all “build capacity, ensure supply.” So people were needing hops and hop farms to keep up. So there were these long contracts. Everyone was thinking this was the future and suddenly it (slows down). It’s pretty hard to put the brakes on. 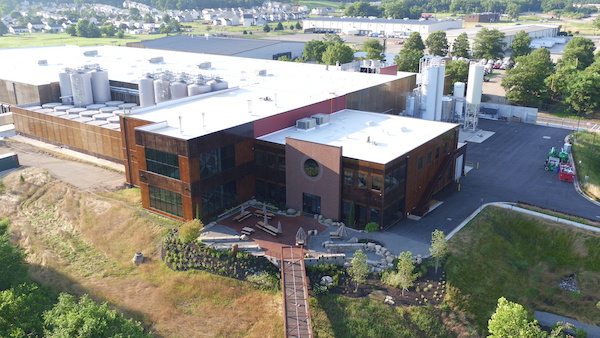 Stone Brewing Co.’s Fulton production facility, which brews beer that gets shipped as far as the Rocky Mountains.

RBS: In what ways has Stone put the brakes on?

RBS: You led Lagunitas from being IPA-focused into other categories that were growing, and now we’re seeing things from Stone like the Buenaveza and the hard seltzer. Is Stone rethinking or trying to reestablish its brand?

MS: Yeah. We’ll internally talk about resetting the brand openly because as I said, consumers’ habits are changing. You have this core audience that knows us primarily for Stone IPA, Delicious, and some of our more traditional styles, heavily in IPA probably, which is great.

But we also have to remember there are people that either have had Stone and maybe it’s not their favorite, or maybe have never tried it before.

We just need trial, and trial probably comes in new styles, things they may drink that we don’t have. So enter the Mexican lager with Buenaveza, a hazy IPA, which is right in our sweet spot, and then Buenavida, which is a seltzer. I don’t think a year ago anyone would have thought Stone would have done that.

RBS: With the growth of Buenaveza, do you foresee a world in which Stone makes multiple year-round lagers?

MS: Underneath that “Buena” franchise, I think maybe there’s more Buenas in our future. I think that’s an interesting way of thinking about it. It’s a fresh look on Stone, it’s kind of new and different, and gives it a great name. 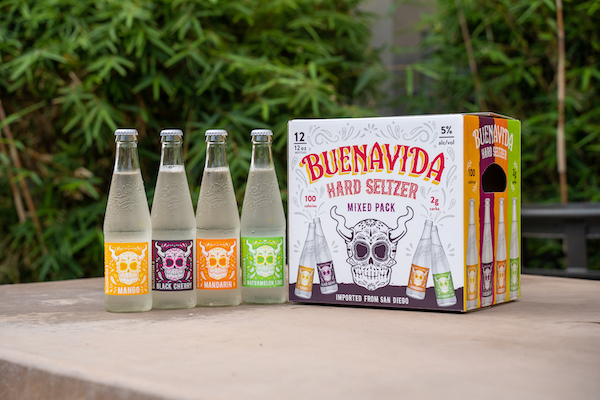 Stone rolled out a hard seltzer earlier this year under the brand Buenavida.

RBS: What were the conversations like when the idea of a seltzer was introduced?

MS: A lot of people were like, ‘Seltzer? Did she just say seltzer?’

I think the feelings were very mixed because the category continued to do what it was doing. Was it ever going to slow down was the question. And there was a realization that this was where people are headed and we need to figure this out.

Talking to the brewers was really fun because I didn’t know how that was going to go. It turned out that they were already thinking about it. They had ideas and an incredible ability to innovate.

SM: They got as enthusiastic of making a great seltzer that they could be proud of as they would a triple IPA. It’s been fun to see them find new muscles. 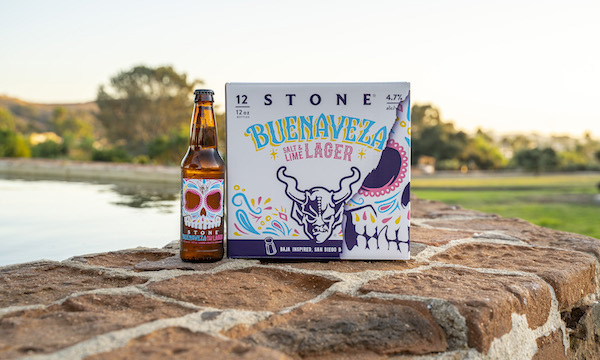 RBS: Is there anything that you think might surprise people about how Stone handled the pandemic?

MS: It has just catapulted the e-commerce business. (Alcohol delivery app) Drizly, anything driven or direct-to-consumer, all those percentages that were growing just went and quadrupled themselves overnight. Habits have changed after a year and a half of it.

SM: 25 percent of our business disappeared overnight. Suddenly all packages were spiking and it’s in cans, not bottles, so everyone just had to pivot the supply chain. I think that was much more dramatic than maybe the average consumer might’ve expected.

SM: It’s going to continue for at least another two years because can demand is up and there’s still a limited, finite amount of capacity. While (can manufacturers) are putting in capacity, that takes time. It’ll be two years before supply and demand get back in balance.

MS: And the seltzer craze changed everything, too. When you think about that entire category being as big — or supposedly bigger than craft beer by the end of this year — that happened within a four-, four-and-a-half year window. I mean, that’s a pretty compressed time period to have that many more cans flooding in.

SM: Why is (Stone’s hard seltzer) in a bottle? The No. 1 reason is we couldn’t get cans. 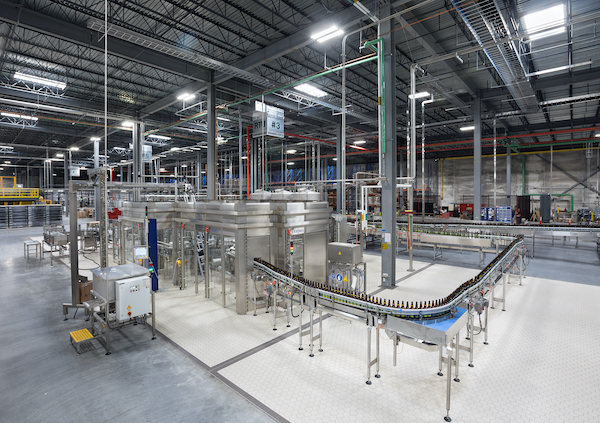 RBS: What’s the status of the Richmond bistro?

Opinions on what can be done and what should be done with (the Intermediate Terminal) building vary. But we still remain in discussions with the city. I mean (Richmond’s director of economic development) Leonard Sledge was here yesterday meeting Maria and we talked about finding a solution that works for us and the community.

RBS: Do those conversations include alternative sites?

SM: It’s still focused on that site. It’s a great location and finding a way to use that in a way that works for everyone is what we are trying to find out.

It won’t look like the original vision because lots of lessons have been learned but we want to have something to bring to the community and the City Council to say here’s a really great outcome that we think addresses everything from it being a pull destination to bring people, jobs, and investments to this part of town. Those are the goals.

Kudos for not letting her o th hook about the bistro

I have heard the scuttlebutt is that there are problems with the site — expensive problems — if this is the case, there is no ¨letting Stone off¨ about it — if it is too expensive to do profitably, they won´t do it there. Period.

“We’re really dedicated to Richmond.” “Opinions…vary.” “Finding…a way that works for everyone.” “It won’t look like the original.” I get queasy from all the spinning. Perhaps, it will end up being a food truck parked by the Terminal building.