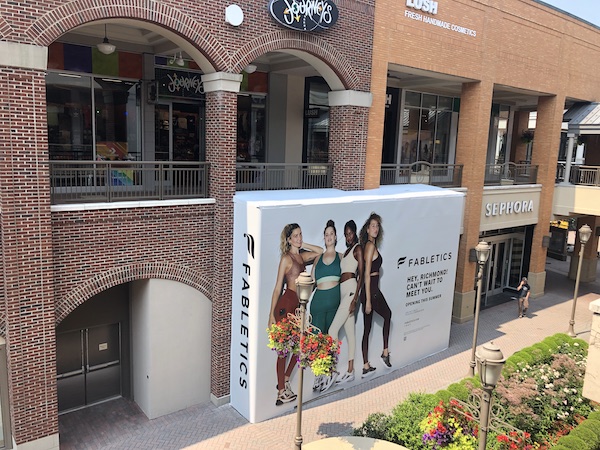 A California-based activewear company is opening a store at Short Pump Town Center as part of a larger expansion into brick-and-mortar retail.

Fabletics, which sells clothing and accessories for yoga, running and the gym, plans to open a store at the mall in September, a company spokeswoman said. The store will be the company’s first in the Richmond area.

The upcoming Fabletics will be in the former Oakley sunglasses store, a 1,000-square-foot space that’s on the first floor next to Pottery Barn. The store will have about 15 employees.

The company launched as an online retailer in 2013 and introduced physical stores in 2015. The company announced in March that it planned to increase its store count to 74 locations by the end of the year.

Fabletics offers a monthly membership program that provides discounts, first cracks at new products and other benefits to customers.

Its stores feature touch screens to allow customers to take styling quizzes and a point-of-sale system that employees can use to help patrons shop the website and ship purchases to the customer’s home, the spokeswoman said.

I just saw a sign next to Funny Bone saying some BarCade, arcade bar, is being put into the mall. I think it may be taking over part of Funny Bone space.

That’s an extension to the Funny Bone business. They are owned by the same people and are occupying vacant space next door.