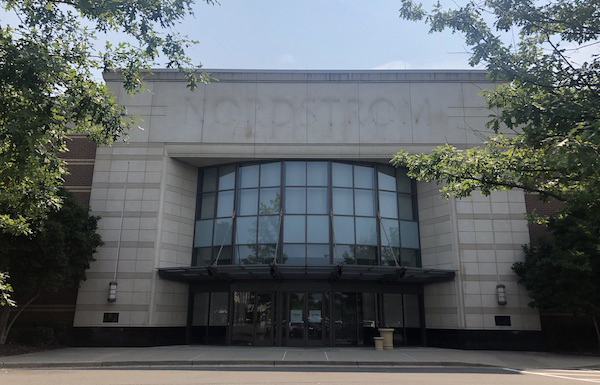 A year after closing its lone Richmond-area department store, a national retailer has unloaded the empty big box to its former landlords.

“We’ll be repurposing that building, but I can’t say for what yet,” Pruitt said. “It could be for one tenant or multiple tenants.”

Nordstrom ended a 17-year run in Richmond last year when it closed the Short Pump location. The Seattle-based retailer had been an anchor tenant since the mall’s opening in 2003, and owned its building since 2002.

The building sold for about $1.5 million less than its current county-assessed value of $4.7 million. In 2020, the building and its two-acre parcel were assessed at $7.8 million. Two of the mall’s other anchor tenants, Dillard’s and Macy’s, also own their buildings.

The empty Nordstrom building makes up the lion’s share of the available space in Short Pump Town Center, which for years has boasted low vacancy rates, especially compared to other malls in the region.

Short Pump did, however, recently lose a tenant in Godiva Chocolatier.

“Who knows what’ll happen in the future, but at least they have helped … to say what could happen many years down the road. I don’t see any immediate changes (at the mall) in the near future,” Pruitt said. “We do applaud the county on their very proactive stance on always wanting to keep the Short Pump area vibrant.”

One thing that may happen near the mall in the near future is the addition of a new hotel. In April, Kalyan Hospitality submitted preliminary plans for a nine-story hotel on about two acres of green space just west of Short Pump Town Center.

Purchasing the Nordstrom property was an excellent strategic move! It prevents “outsiders” from gaining a foothold in the premier mall in the metro area.

Given this building has been vacant for 16 months I’m not sure I’d call buying it now anything short of the bare minimum. It’s definitely a good decision given the lack of movement, but it didn’t need to take so long.

When I was a kid living in Seattle in the early 60’s, my best friend’s dad owned a big shoe store across the street from the University of Washington. Kids made fun of him because of the shoe store thing..
I guess he got the last laugh… his name was Dean Nordstrom.

I was so sad to see this national giant leave our shortpump mall ! I remember the excitement that was in the air 17 years ago when it arrived..How many economic hits can a conglomerate take before the white flag is raised! I hope this will NOT be a trend (closures) in our beloved area!!

Anyone at the center should see the vacancy when you leave Dillards. That wing (especially the upper level – after JCrew) all the way to closed Nordstorm entrance is vacant spaces or a few smaller local stores.

There was really no sense in keeping the Richmond store open after the Norfolk store closed, it would’ve been by itself in the middle of the DC Metro stores and the North Carolina ones.

Godiva closed down all of their brick and mortar stores so that has nothing do to with Short Pump.