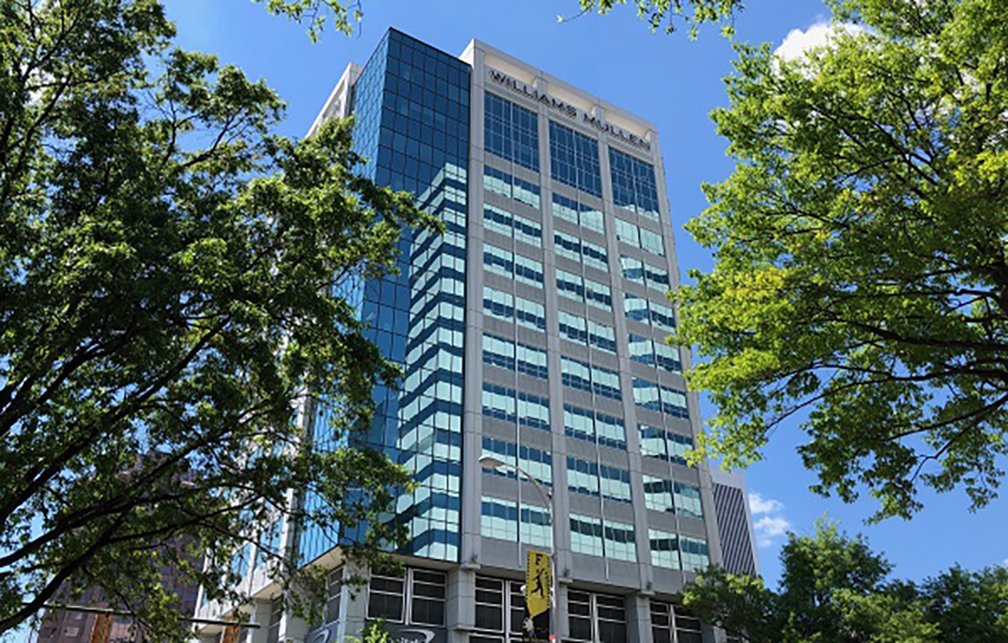 Holland & Knight is moving into the 10th floor of the Williams Mullen Center. (BizSense file)

A pair of legal industry expansions includes a national law firm’s first Richmond office, while a smaller local firm is making its move into Hampton Roads.

Holland & Knight, a Florida-based law giant with more than 1,000 attorneys and dozens of offices globally, is opening an outpost in downtown Richmond.

The firm has leased 5,800 square feet on the 10th floor of the Williams Mullen Center at 200 S. 10th St. It’s subleasing the space from the building’s law firm namesake, Williams Mullen.

It’s unclear how many attorneys will occupy the new office for Holland & Knight. It has at least two lawyers among its Richmond ranks, including partner Travis Sabalewski, who joined the firm from ReedSmith last year. It also recruited Paul Gibson from ReedSmith in May.

Holland & Knight representatives did not respond to requests for comment by press time. Its closest offices are in Tysons, Virginia, and Washington, D.C.

The firm was represented in its Richmond lease by Chris Wallace with CBRE. Holland & Knight is expected to move into the space later this year or early next year.

The space Holland & Knight has leased was previously occupied by Oppenheimer Funds, which also subleased it from Williams Mullen.

Williams Mullen and its 230 Richmond employees continue to occupy roughly 160,000 square feet across seven floors in its namesake building.

Holland and Knight occupies 5,830 sq feet. The space they are taking over was previously subleased by Oppenheimer & Co. and Williams Mullen has not downsized.

CowanGates recently leased a storefront in Colonial Williamsburg’s Merchants Square. It will be the firm’s second office, joining its Richmond home at 1930 Huguenot Road.

The 1,000-square-foot Williamsburg space is at 439 W. Duke of Gloucester St., where it’s expected to move in later in the fall.

CowanGates would not comment on the Williamsburg expansion. The firm was founded in 1977 and has 10 attorneys.