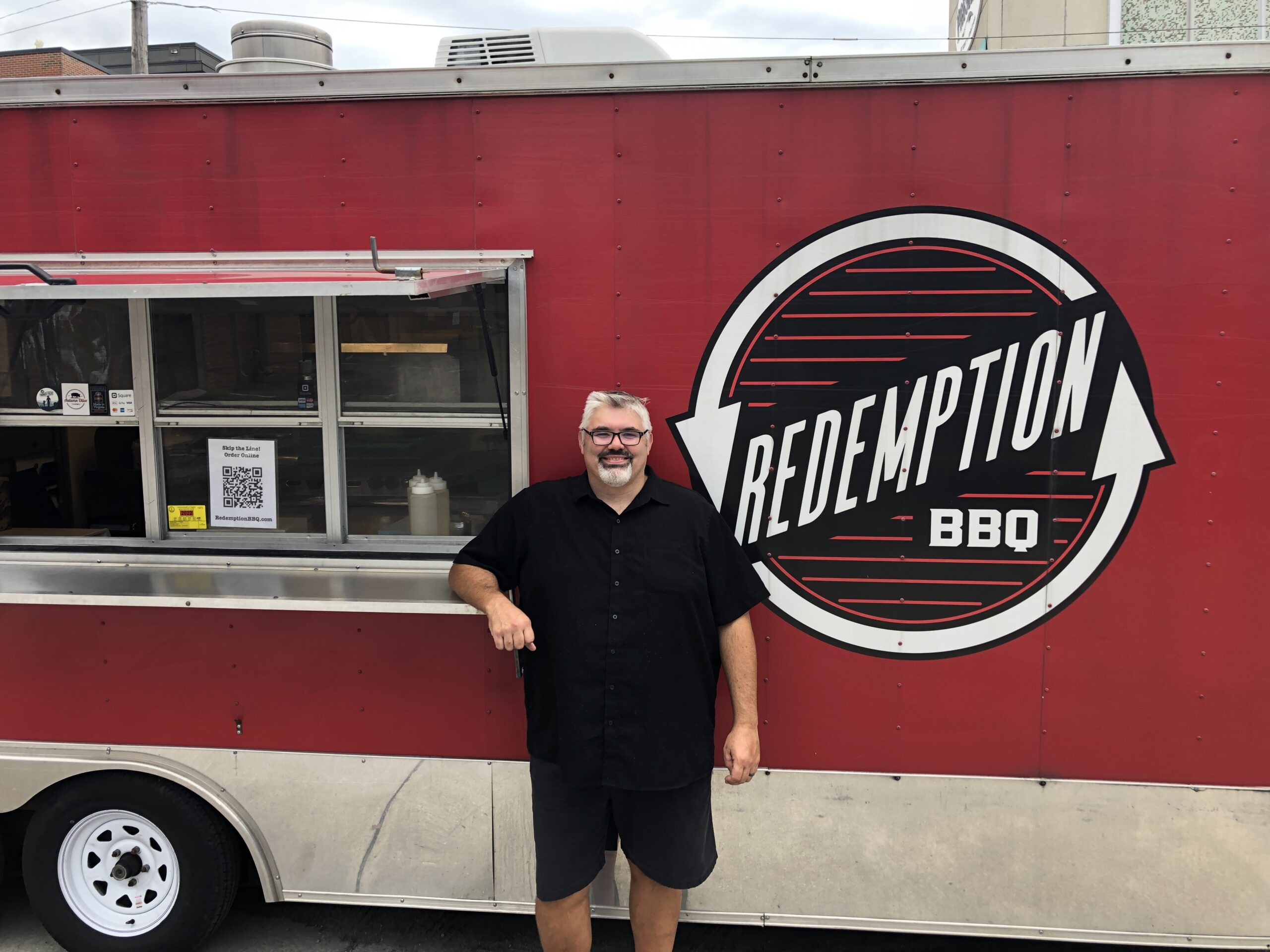 John Vest poses with his food trailer. He is preparing to open Redemption BBQ and Market at 3420 Lauderdale Drive. (Mike Platania photos)

Vest is preparing to open Redemption BBQ and Market at 3420 Lauderdale Drive in the Shops at Wellesley near Short Pump.

Before launching Redemption as a food truck in 2019, Vest worked for over 15 years as a pastor in Chicago. About six years ago he moved to Virginia after accepting a job as a seminary professor at Northside’s Union Presbyterian Seminary.

Vest said it was at the church where he began considering turning his interest in food into a career.

“I’d started doing some food stuff with the church, and in particular barbecue, just feeding big crowds. I thought that I might set up a food business on the other end of the teaching gig,” Vest said, noting he was on a four-year visitorship with the church.

“A little over a year into teaching I bought the food trailer and it sat in my driveway while I finished the teaching gig.”

At Redemption, Vest said, he makes Virginia-style barbecue. While other regions’ styles may have more name recognition, Vest said Virginia actually has a claim to being the historical birthplace of barbecue and boasts its own style.

“It’s a struggle out there because everyone sort of associates barbecue with Texas-style first and foremost, except in this part of the country where everyone associates it with North Carolina-style,” Vest said. 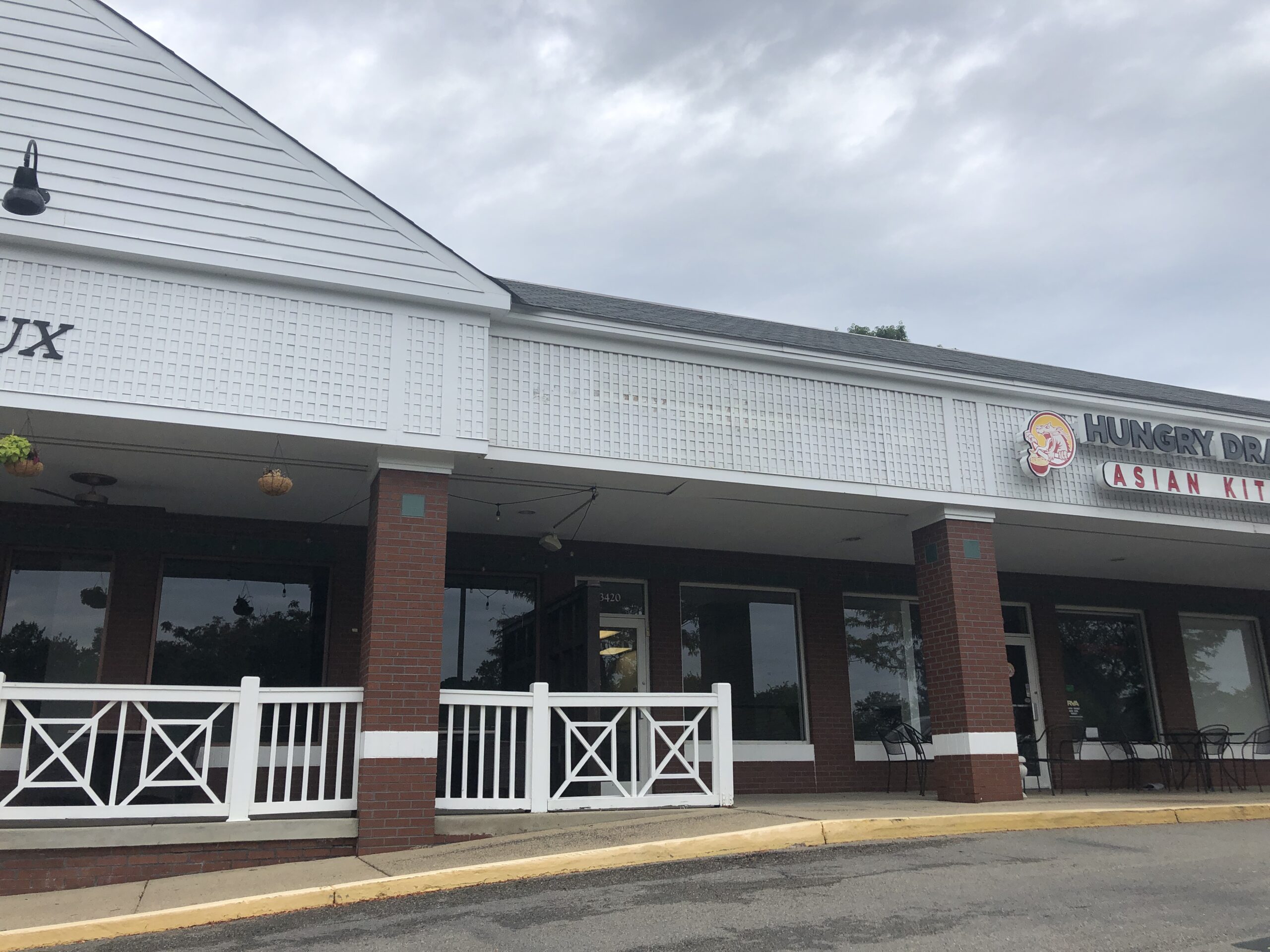 Redemption BBQ and Market will open in the Shops at Wellesley near Short Pump.

“All the barbecue tradition in North Carolina came from here, not the reverse. Barbecue, along with the population, migrated south, rather than the other way.”

Vest said Virginia-style barbecue involves a simplicity of seasonings, forgoing sugar and elaborate rubs in favor of basics like salt and pepper and a certain cooking style.

“Smoke is what makes the quintessential Virginia barbecue,” Vest said.

“What we offer on a regular basis draws from three traditions. One is a Northern Virginia-style that has fruit in it. I make it with apples,” he said.

“Then there’s the Central Virginia sauce that we make that also has tomatoes and vinegar. A lot of people will make it with Worcestershire sauce, but there’s a precursor to Worcestershire sauce in Virginia called mushroom ketchup. It’s a real savory, earthy flavored sauce made from mushrooms. Then the other one we make is a Southside sauce, and it’s very vinegary. It’s the closest to North Carolina-style.”

Vest said he’s also particular about where he sources the meat for Redemption. He said he gets his pork from Autumn Olive Farms, a family-owned farm near Waynesboro, and that his chicken comes from a few small farms in the Shenandoah Valley.

Getting meat exclusively from small Virginia farms increases Redemption’s operating costs — Vest estimates he pays three times more than others for his meat — but it also opens the door for other opportunities. 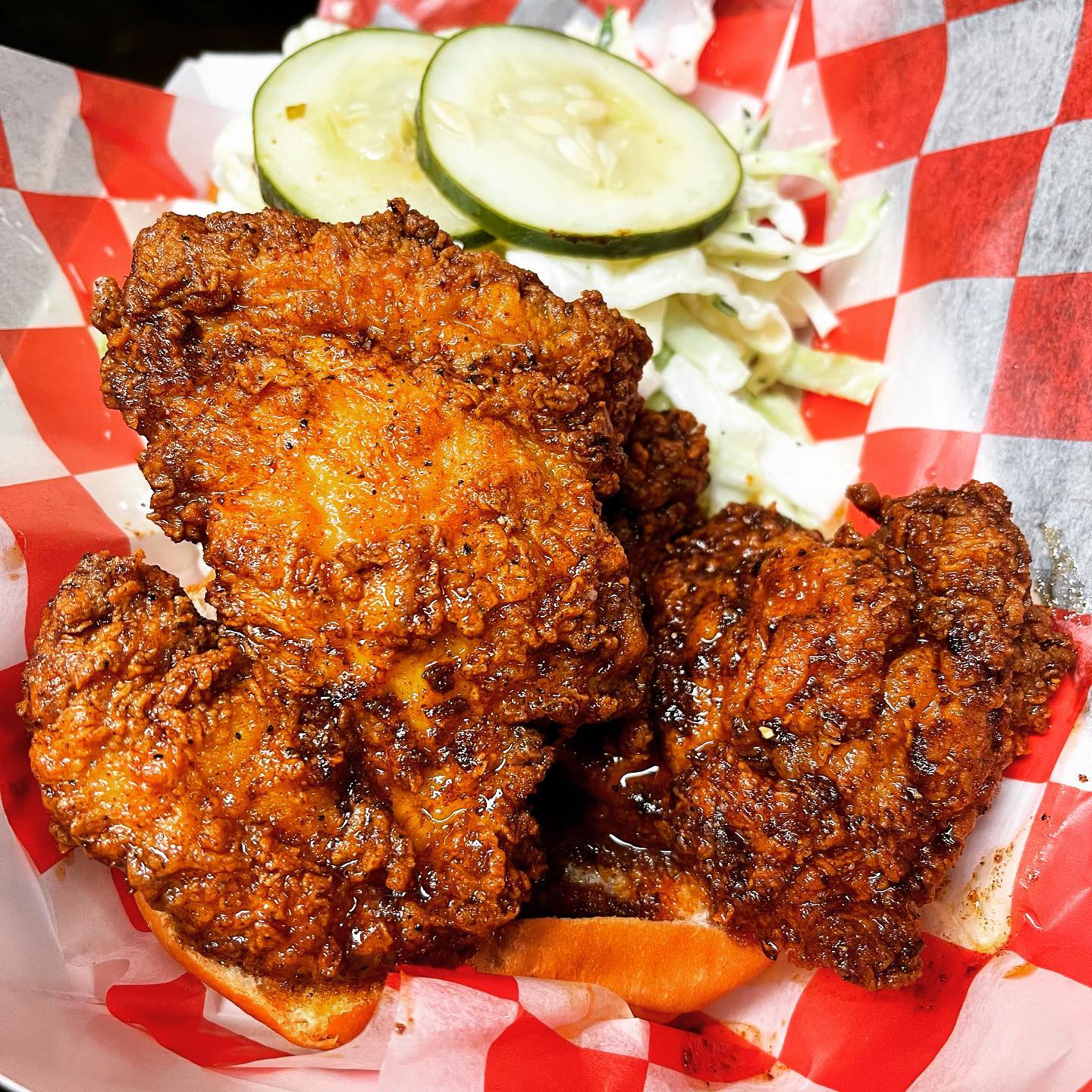 One of Redemption’s offerings is a fried chicken sandwich, cooked in fat rendered from its pigs.

“When I order meat, I’m getting whole shoulders, all the bones, feet, or whole pigs or half-pigs. There’s a lot more stuff I take off that I can do interesting things with that don’t work in the food truck,” Vest said.

“I want to be able to offer things beyond the barbecue staples we do on the food truck. I’m going to have other smoked meats like ham and bacon that we’ll be able to sell by the pound, as well as some prepared foods and meals.”

The menu at Redemption BBQ and Market will be similar to the food truck’s and include its pulled pork and fried chicken sandwiches. Once in the new space, though, Vest said he’ll have more specials like pork belly burnt-end and Cuban-style sandwiches.

“I’m excited about the possibility of having a retail spot like this where we can do things like that,” Vest said. “Some of the specialty items that I experimented with on the truck were harder to pull off with such an inconsistent schedule.”

Redemption BBQ and Market will be takeout only and is aiming to open in November.

Vest is leasing the 1,100-square-foot space, which was formerly occupied by Mesopotamia Delicatessen.

Once the brick-and-mortar spot opens, Vest said he’ll plan to keep the food truck going but will shift its focus from setting up at breweries to using it for catering, festivals and special events.

Can’t wait to check out the restaurant , as the food from their truck is excellent!

Great BBQ and an even better person – best of luck John!