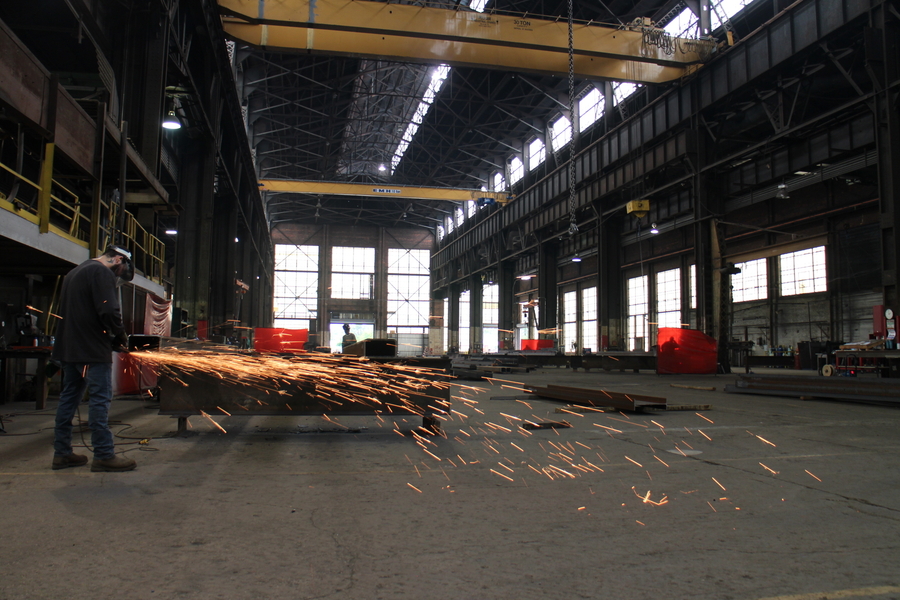 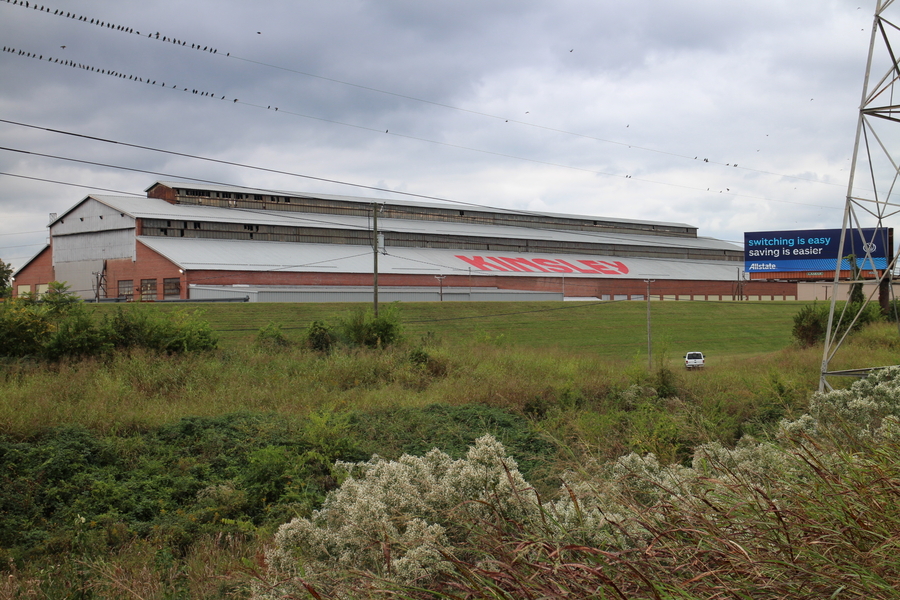 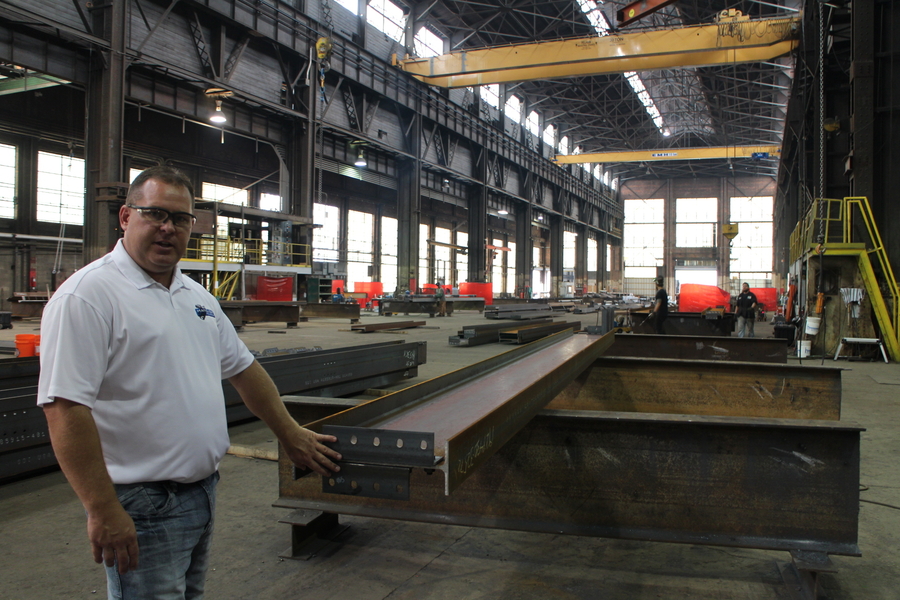 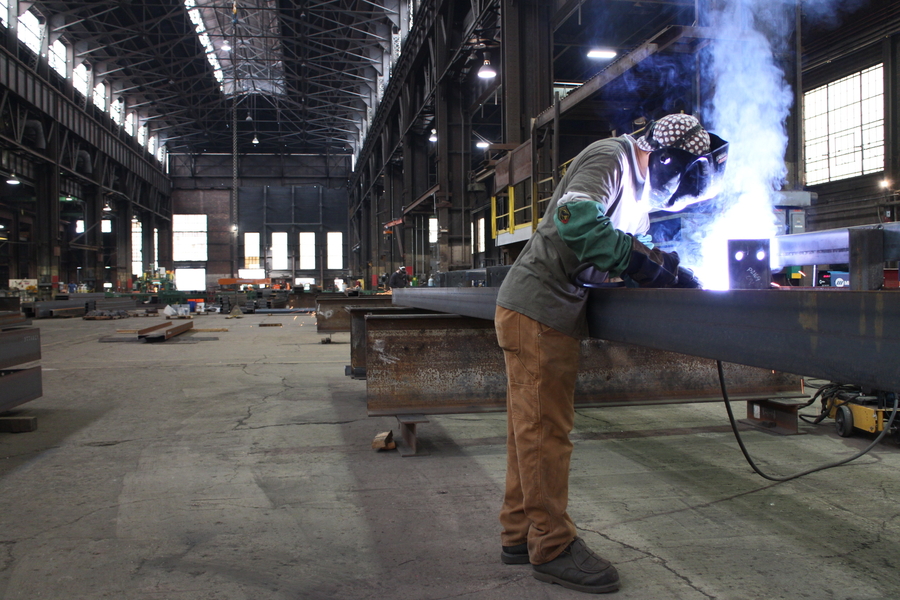 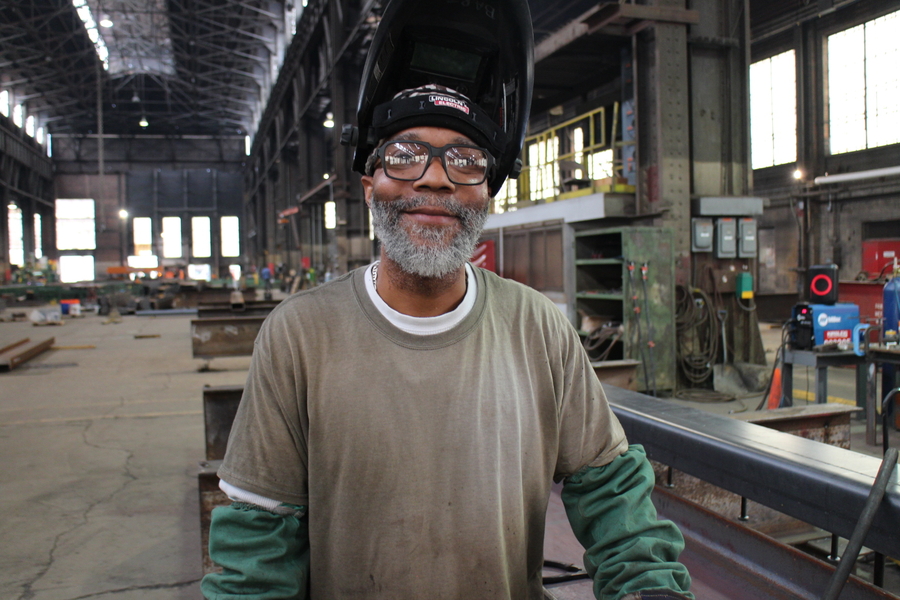 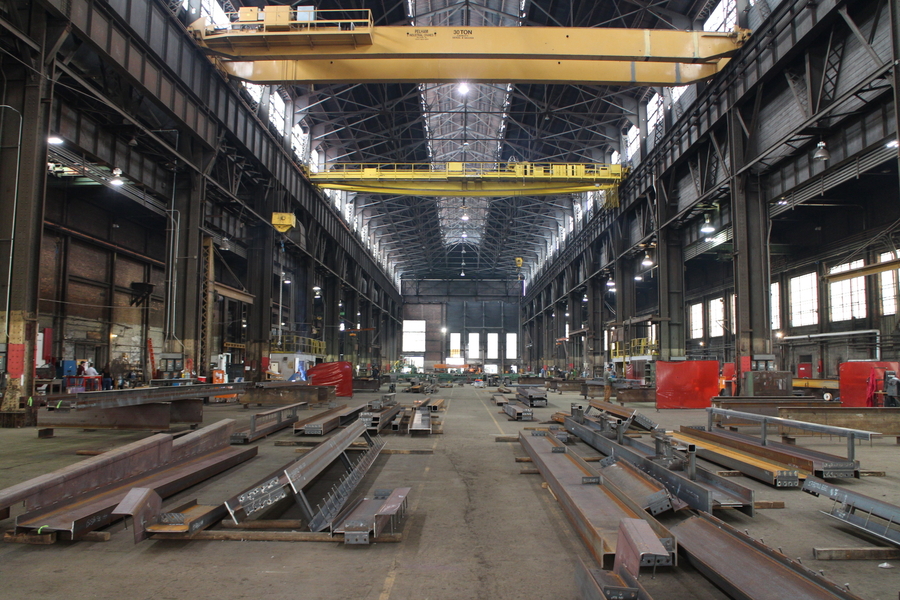 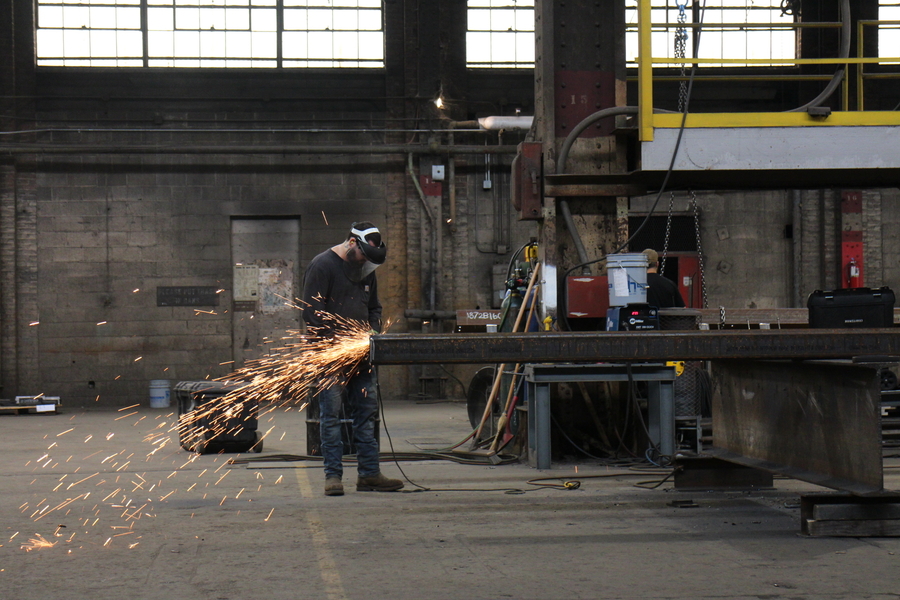 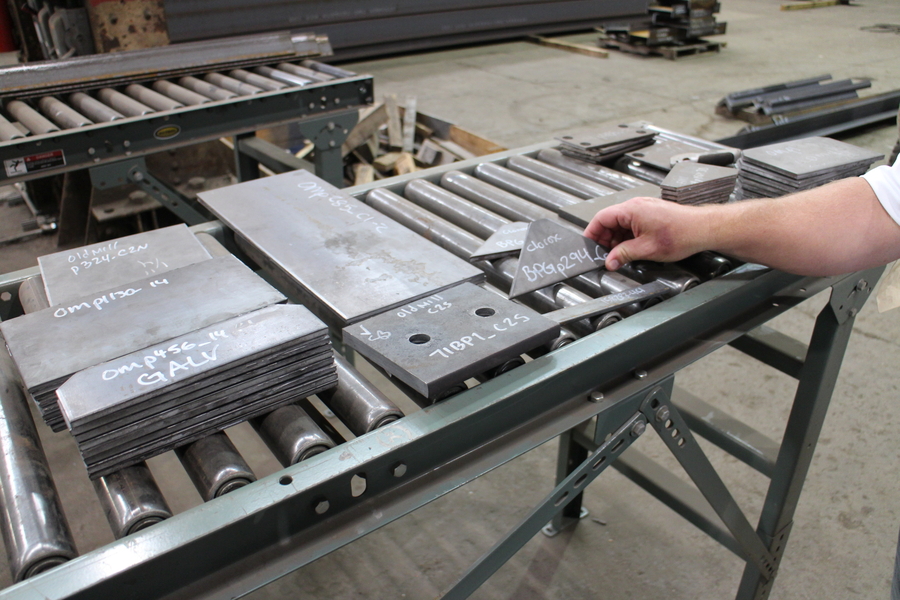 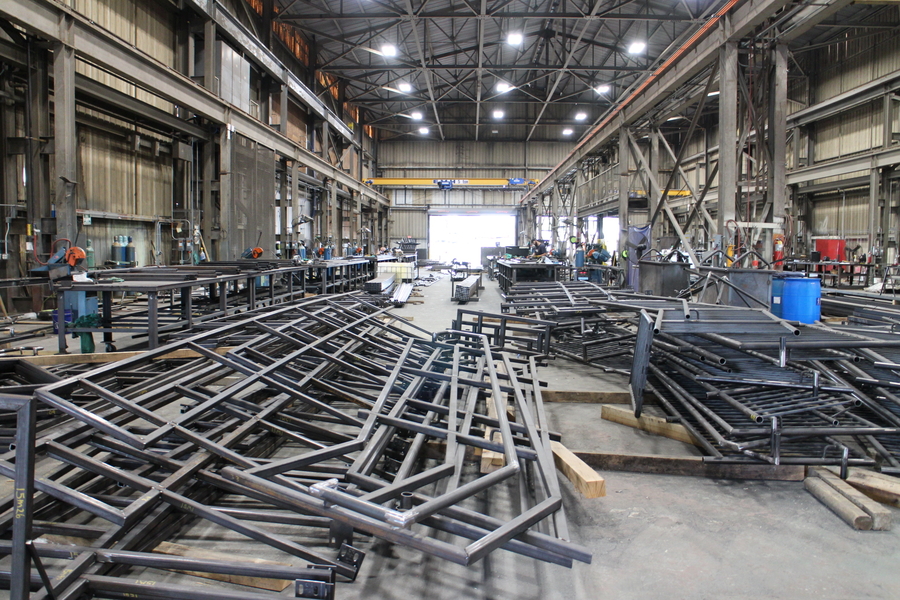 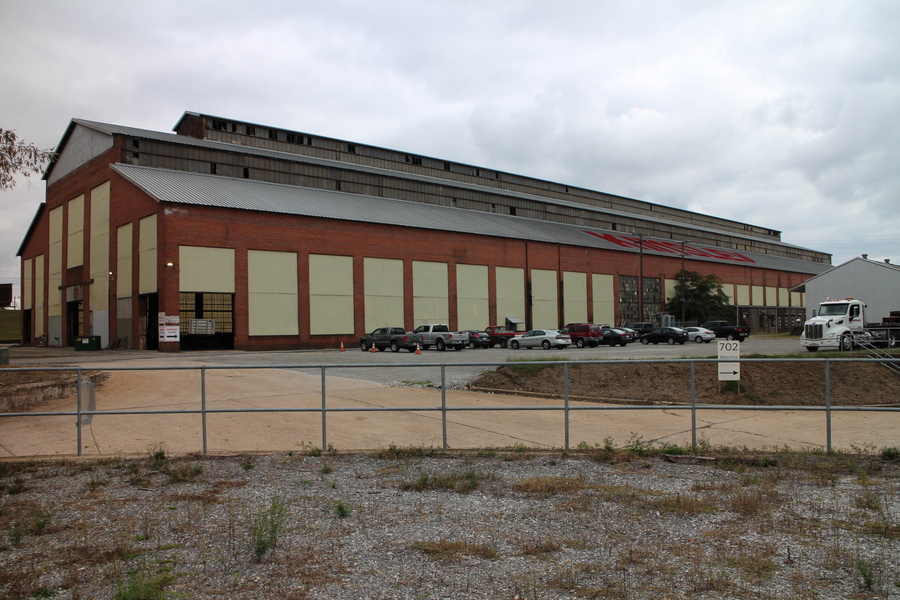 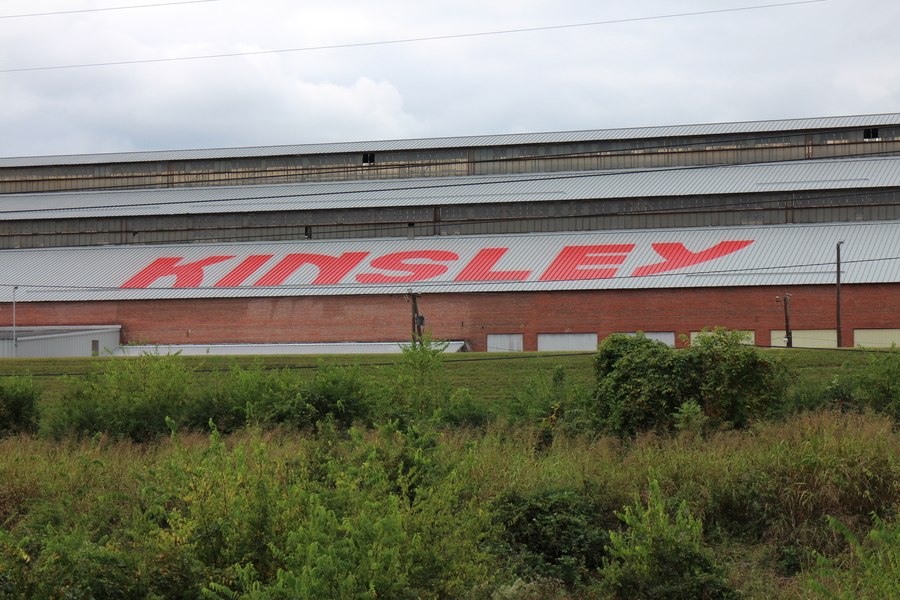 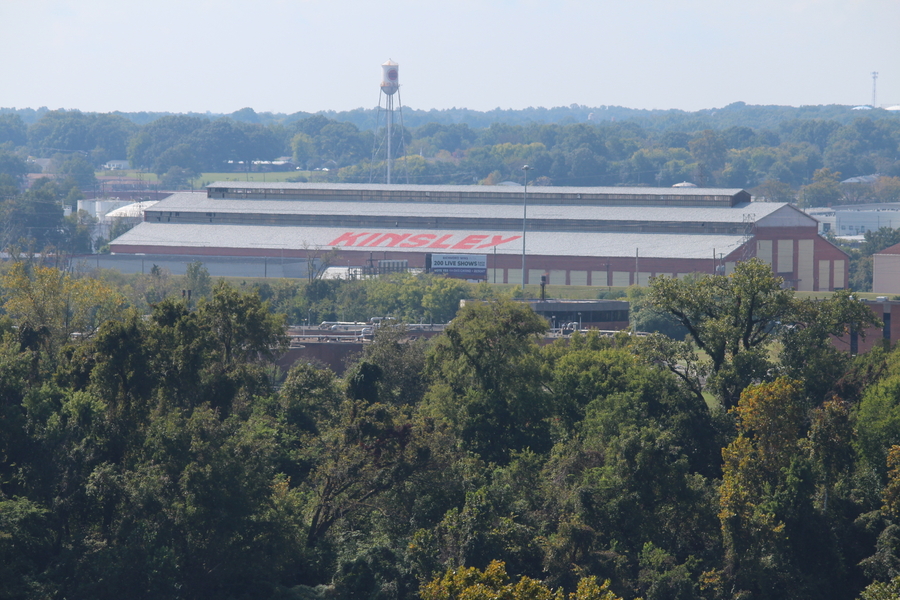 If the big, red letters on the roof don’t make it clear, there’s a new name in town running the steel operation at the former Williams Bridge Co. complex in South Richmond.

Signage recently added to the highly visible industrial building along Interstate 95 announces the arrival in Richmond of Kinsley, a Pennsylvania-based construction firm that has made the sprawling complex at 900 E. Fourth St. its fourth steel fabrication plant. 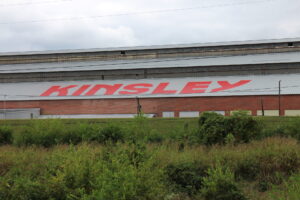 While the signage is new, Kinsley has been active there for nearly three years, getting operations into full swing in early 2019 after purchasing the 27-acre complex in November 2018 for $7.1 million.

Since then, the company has put in about $12.5 million into upfitting the site, equipping the building with new machinery and remediating contaminated soil on the property. The Richmond plant supplies beams and other steel materials to construction sites across Virginia and Maryland, and into North Carolina.

Bobby Chenault, executive vice president of Kinsley’s steel division, said the plant has allowed the company to extend its reach more easily from the Northeast to the Mid-Atlantic.

“Prior to Richmond, the farthest south we were reaching out to was probably D.C.,” Chenault said. “We did a job in Woodbridge, but it was getting so far from our facilities, the traffic and trucking was horrible. 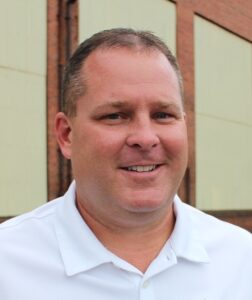 “When we were looking to expand, because a lot of our customers are in Richmond and south, this was great,” he said. “We have 95, the facility was ideal for us with the overhead crane structures and all that, so the building was already set up for our specs to fabricate steel. And it’s not that far away that we can’t ship steel back north, up to Northern Virginia, D.C., Baltimore.”

On a recent tour of the facility, Chenault showed how the steel goes from one end of the century-old, 119,000-square-foot building to the other via an assembly line that turns the raw material into beams of various lengths and shapes. It also produces smaller parts and pieces also used in construction, and specific steel items such as stairs and railings – the latter crafted by Hanover Iron Works, a Kinsley subsidiary.

Headquartered in its namesake town in Pennsylvania, Hanover Iron Works operates independently from Kinsley and launched its own Richmond operation at the Fourth Street complex last year, in a separate building on the property at Manchester’s eastern edge.

Chenault, who also serves as Hanover’s president, said the firm supplies railings and stairs for multifamily residential buildings going up in Richmond and is currently supplying the Amazon robotics fulfillment center under construction north of Richmond Raceway.

As for the Kinsley plant, Chenault said it supplies steel to such names as Gilbane and Skanska, as well as Richmond-based firms such as Hourigan and Whiting-Turner. Its steel was used in Gilbane’s recent addition at Westminster Canterbury, Hourigan’s Apex Plaza building in Charlottesville, and UVA’s Alderman Library.

Raw material for the plant is purchased from steel mills of such companies as Nucor and Gerdau, the latter with a facility in Petersburg. An etching machine measures and marks the metal as it is rolled into the warehouse, where a drill machine drills holes and a torch machine makes cuts according to drawings put into a computer. 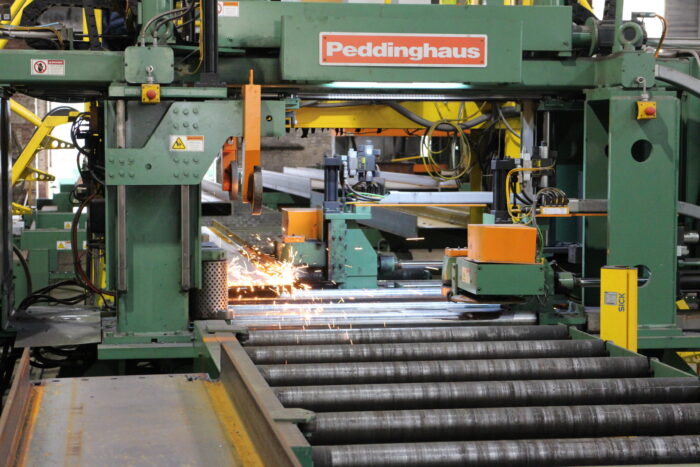 “Years ago, we would have to take a tape measure, put a line on here, take a torch and cut this by hand,” Chenault said. “This machine reads and understands the drawings and automatically brings the torch out, cuts this off and cuts this off, and we’re done.

“The guys down the assembly line, all they’ve got to do is clean this up a little bit, but 15 years ago, we were manually doing all this,” he said. “Something that takes seconds used to take us five to 10 minutes.”

One of the guys down the assembly line is welder Sherman Sharpe, who’s been working at the plant since it opened. Sharpe said his job is to make sure the beams are welded safely and successfully, so that nothing unexpected occurs out in the field. 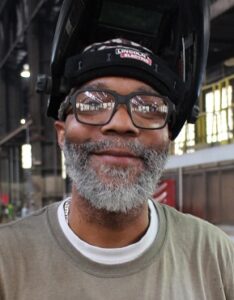 “Any fillet welds, we weld it out after they fit it according to specs, welding size,” Sharpe said. “That’s very important, to maintain welding size and make sure that the integrity of the weld from toe to toe is intact, so that you don’t have any mishaps or weld failure.”

Chenault said the automation that precedes the hands-on work helps ensure such attention to detail.

“What we’re trying to do as we head north (through the plant) is to take care of all this steel from the automation, so when it gets down to the fabricators, they’re not spending as much time on labor-intense stuff. We try to let the machines take care as much as we can before it gets to the fabricators,” he said.

After several rounds of welding amid some spark showers and other fire-on-metal light shows, the different beams and other parts are prepped and loaded onto big rig beds en route to their respective destinations. Some beams are painted in a smaller building nearby, either for color preferences or fireproofing. 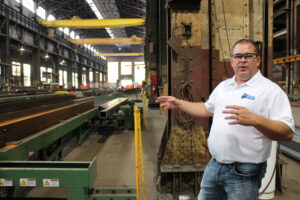 Chenault shows the steel’s progression through the plant’s assembly line.

Chenault said the plant puts out 10,000 tons of steel a year and has capacity to do more, contributing to Kinsley’s $760 million in annual revenue. About 35 workers are at the plant on a given day, but Chenault said labor shortages stemming from the pandemic have made increasing staff, and in turn output, a challenge.

“We have more capacity, but we’ve been really struggling with the pandemic and everything else going on in the world trying to get the labor force back,” he said. “We’re dying to get people to come to work. We’ve been searching every avenue within the city and outside city limits to let people know we’re hiring, we’re willing to train, we have great benefits and we pay well.”

In the year and a half since COVID hit, Chenault said, “We never really slowed down. During the pandemic, we had projects from hospitals and schools that were essential, and we had to make sure that some of these big hospitals got built. During the middle of that, they still wanted these buildings built.

“Our employees were dedicated to come in to work, and we put protocol and procedures in place,” he said. “And as you can see, it’s pretty open in there, so we were able to social-distance pretty good.” 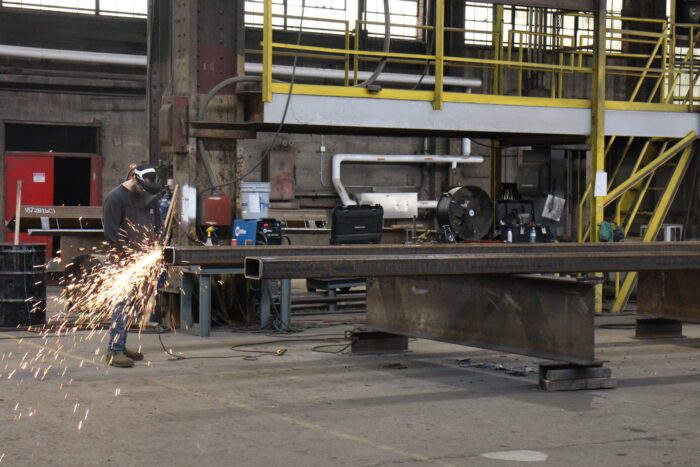 A welder gets to work on a beam.

The Kinsley plant marks a new chapter for the century-old building, which was constructed in 1918.

The complex initially served as a naval training school for diesel engine mechanics during World War II, and over the years it housed the Richmond Department of Public Works’ maintenance shop, Bristol Steel & Iron Works in the mid-1960s, and Williams Bridge Co., whose name previously adorned the roof where Kinsley’s signage is now.

This might be the best article presented by BizSense this year. Your use of graphics and narrative are excellent. Thank you.

Really cool history of the building! I knew that space was never going to work as condos/apartments.

I don’t understand the first thing about how this process works, but it sounds really efficient and gives me confidence in the quality of the structures going up.

This is just a great story all around. Great building, and great to see an industrial building reused for industrial purposes.

This is amazing and such a great outcome. I thought for the longest they were going to put awful apartments in the old bridge building.

Not that close t the sewage treatment plant

Excellent article! It’s great to see coverage of more diverse aspects of the economy and the story is compelling on multiple fronts. Keep up the good work!

Excellent article! Thanks for your efforts to inform.

Great to see this kind of manufacturing in RVA. We need more of this. Here’s wishing continued success to Kinsley.

Excellent article….Informative, thorough and well written….I don’t always read every article but this one….every word….I appreciate the way you integrated the comments from Mr. Sharpe as well as the history of the building. Super job!

Wow fantastic journalism here! It’s awesome to see that even as our city grows, our industrial heart is still beating strong.

One of the things I loved about Richmond when I moved here, and it true of many older cities that had had economically depressed periods in the recent past — was how many resources were only partly used or laying fallow — how much would it cost to build such a building from the ground up and get it sited and permitted? Richmond seems to be reaching its peak of low-hanging resources being utilized — there was another article here I think where the building had overhead cranes (did they need to install new ones or could they use ones… Read more »