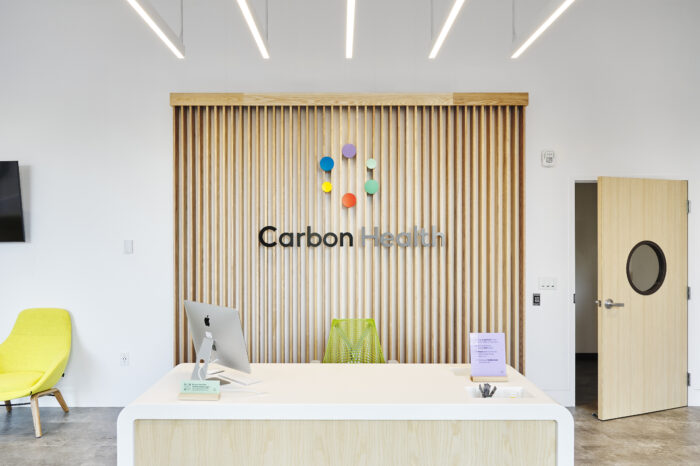 The reception area of an existing Carbon Health clinic. The primary care chain is preparing to open a local outpost in Carytown. Photo courtesy of Carbon Health.

Making its entry into Richmond, a well-funded West Coast-based chain of medical clinics is injecting new life into an old sandwich shop in Carytown.

Carbon Health, offering primary and urgent care as well testing services, plans to open a clinic in December or January in part of the former Panera Bread storefront in the Fresh Market-anchored Carytown Place at 10 N. Nansemond St.

The clinic, which has a lease on a 3,025-square-foot space, is expected to have four to six employees on hand a day. The team will include doctors, nurse practitioners and physician assistants, a company spokeswoman said. 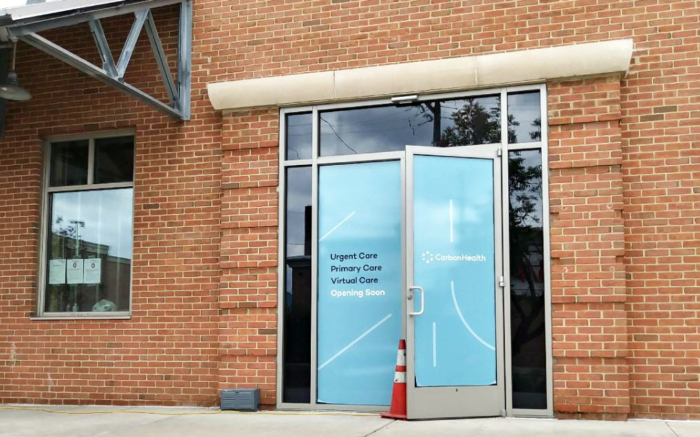 The upcoming local Carbon Health clinic will be at Carytown Place, where it has taken over part of a space formerly occupied by a Panera Bread. Jack Jacobs photo.

The clinics provide both in-person and virtual care and don’t require memberships.

Carbon accepts most major insurance plans and allows patients to pay out of pocket, the spokeswoman said, though she declined to share the costs of services at the Richmond office.

The company declined to comment on its budget for equipment and renovations needed for the clinic.

The upcoming Carytown outpost would appear to be the company’s first in Virginia. Currently, Carbon has more than 90 clinics in 14 states, the spokeswoman said.

In July, the company announced it had raised $350 million in investor capital to fuel a national expansion. The company, which was founded in 2015, plans to have 1,500 clinics operational by 2025.

Panera vacated the Carytown Place storefront during the first wave of the pandemic.

Another pending new arrival to Carytown is regional medical cannabis provider Green Leaf Medical, which is preparing to open a dispensary in the former Need Supply Co. space.