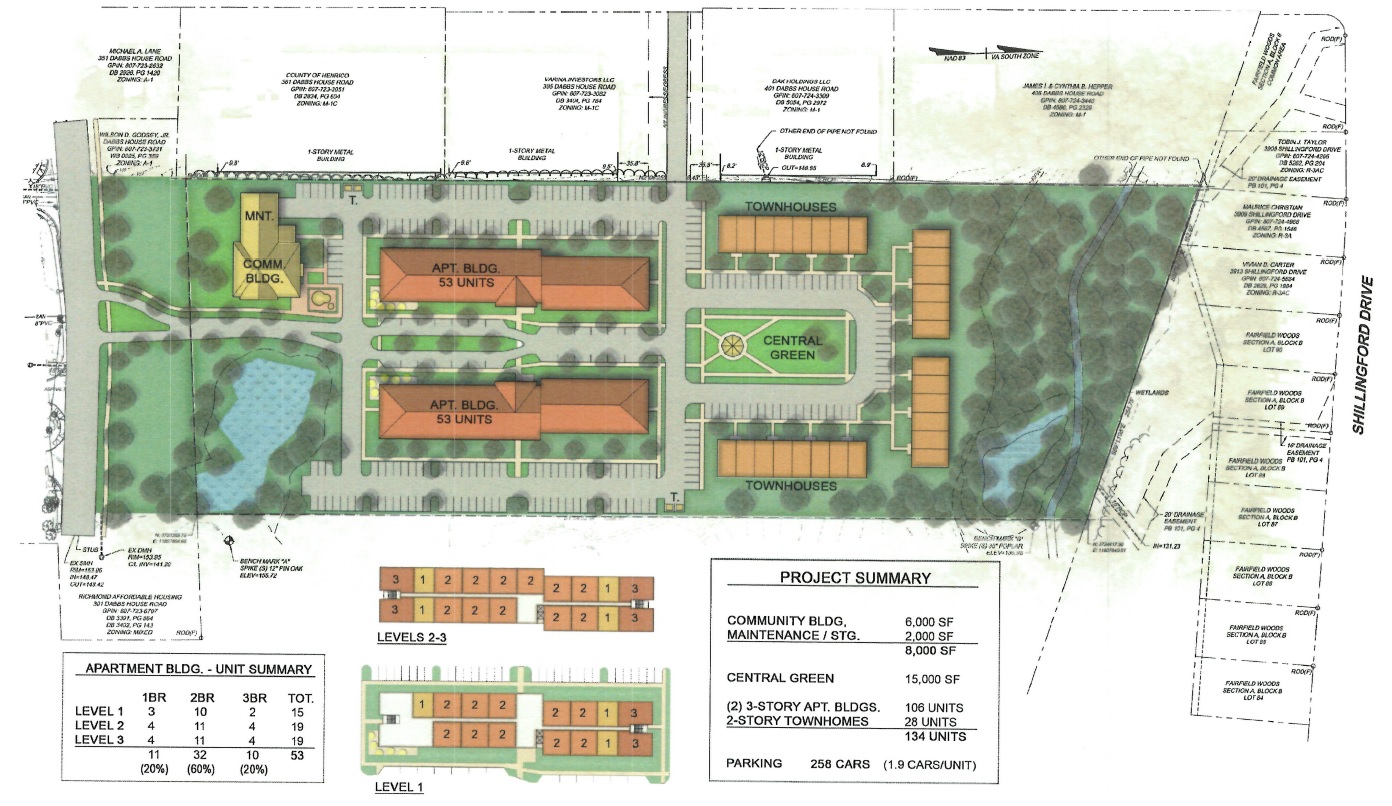 A proposed site plan, oriented with north pointing to the right, shows the two apartment buildings in relation to the townhome rows and community center building. (Images courtesy of Henrico County)

As it prepares to start construction on apartment projects in Jackson Ward and North Chesterfield, a local housing nonprofit is laying the groundwork for one of its next developments — this one in eastern Henrico.

The wooded site, which is just north of Nine Mile Road, has been under BHC’s ownership since it developed the adjacent Carter Woods senior apartments over a decade ago. 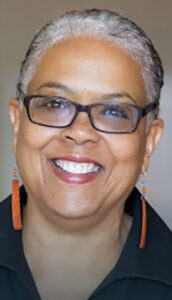 CEO Greta Harris said the site was originally planned as a third phase of Carter Woods that never materialized.

“We held it and had it in our back pocket,” Harris said. “I think now, especially after the pandemic, as there’s been so much awareness around the need for more quality affordable housing, we thought the timing was good to be able to leverage that land that was already in our portfolio, and then try to see what would be acceptable to the community and to the county.”

BHC is seeking a rezoning from the county to allow for the development, with representation by attorney Preston Lloyd with Williams Mullen. The Henrico Planning Commission is set to consider the request at its meeting today.

The three-bedroom townhomes will range from 1,700 to 2,100 square feet and will be targeted to buyers in the 80-120 percent AMI range. Actual prices and rents for the units are to be determined.

The apartments would be housed in two three-story buildings, with the townhomes clustered in four rows surrounding a central green. A 6,000-square-foot community building also is planned, and the site would include 258 parking spaces.

Moseley Architects is designing the project, and Timmons Group is the engineer. BHC is applying for financing that it hopes to secure by mid-2022, and it is aiming to start construction by early 2023, with an 18-month buildout.

The project adds to a busy workload for BHC across the region.

Also in December, BHC plans to start work on Winchester Forest, a 120-unit development planned at its 60-acre Winchester Greens campus in North Chesterfield. It’s also working toward a summer start for its 49-unit Horner Apartments at 3901 Stigall Way in Midlothian, as well as a 166-unit community called Colbrook on the site of the former same-named motel on Route 1 in Chester.

That corridor of Laburnum (Mechanicsville tpk to Nine-Mile rd) is shaping up rather nicely. Good to see continued forward progress in the area.

Another low income, low class, high crime complex for the eastern part of the county about a mile or so from Fairfield court. Why not spread the wealth over to short pump……

Henrico County needs to start building new sidewalks along the local roads in this area for all of these new projects.