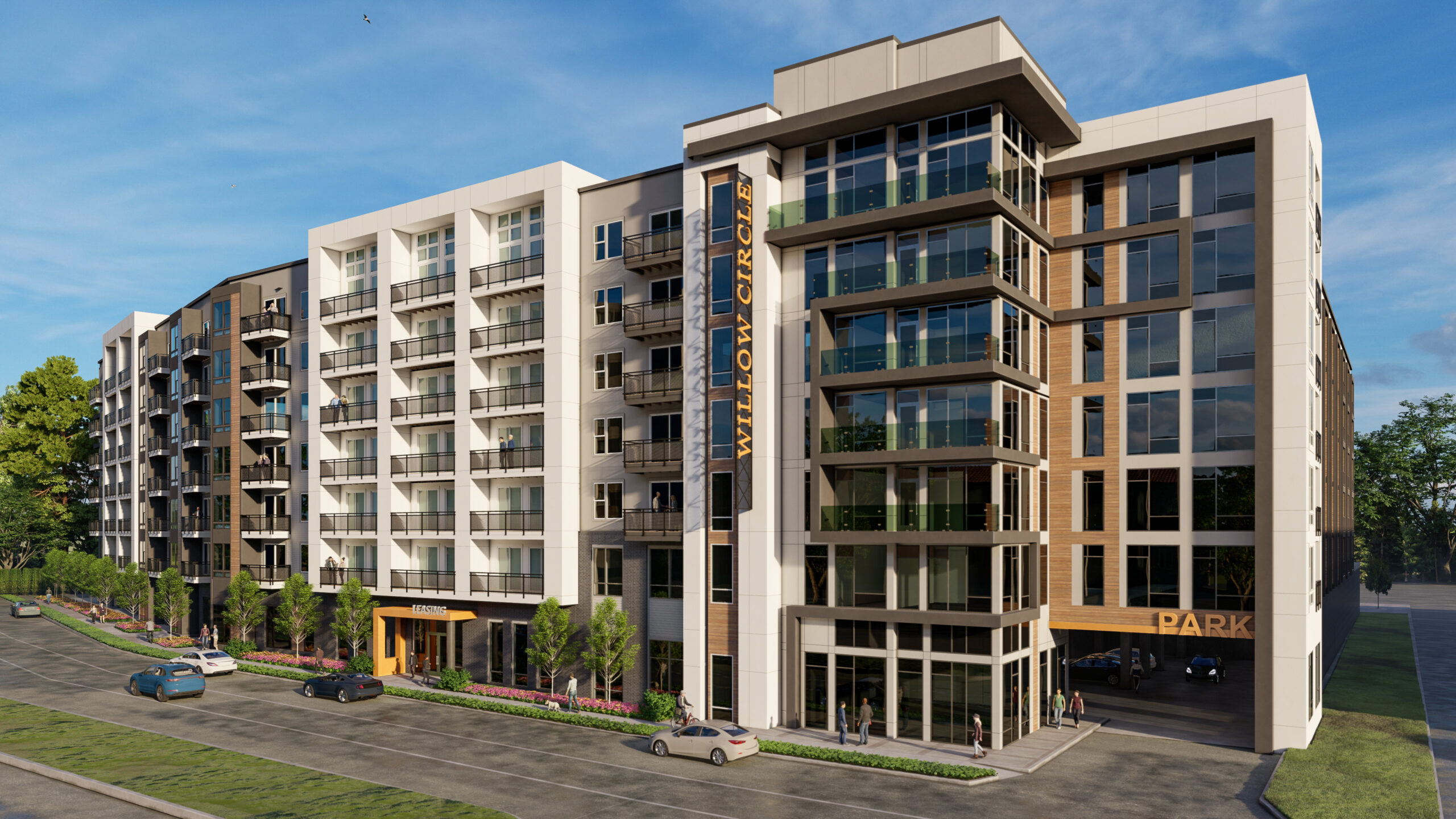 The Willow Lawn area has plenty of retail and restaurants, single-family homes and a prominent stop on the bus line. Two local real estate firms think there’s one more ingredient needed for the neighborhood: a couple of dense pockets of apartments.

The companies, working through a joint venture, submitted a rezoning proposal for the project last month with Henrico County.

If approved as planned, a 330-unit apartment complex dubbed Willow Circle would rise at 1506-1510 Willow Lawn Drive, where three 1960s-era office buildings currently reside across from Kroger and the 12-story 5100 Monument Ave. condos. 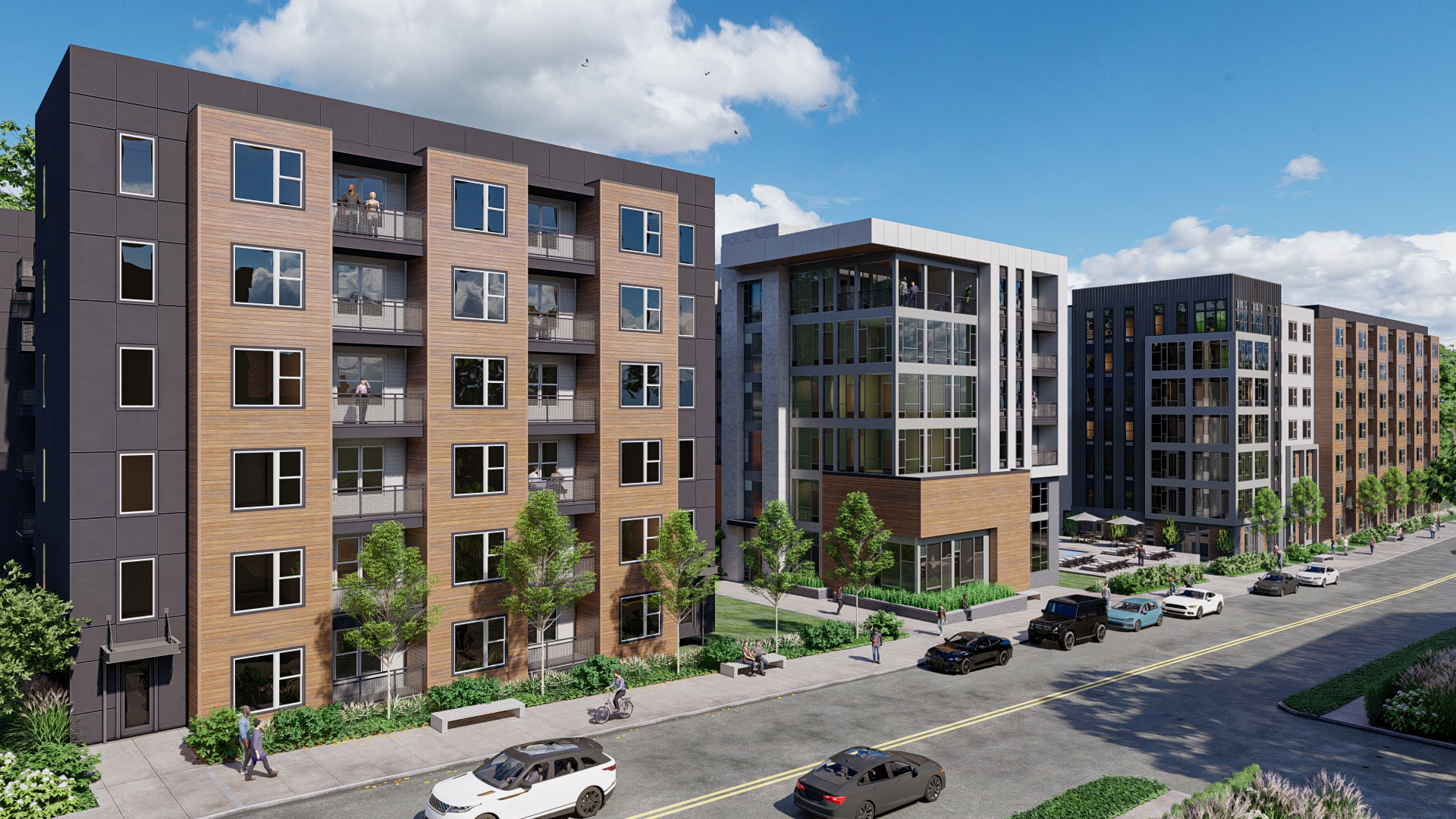 The Byrd would sit to the west of Willow Circle and just south of Broad Street.

Around the corner at 1904-1910 Byrd Ave., two similarly aging office buildings would make way for The Byrd, with 255 apartments across from the Faison Center.

The existing buildings all are currently owned by Crenshaw Realty, which reached out to Thalhimer Principal Jason Guillot earlier this year to discuss the future of the properties in a time of flux for office space.

The Crenshaw buildings are occupied by smaller tenants, such as attorneys, nonprofits, and real estate and marketing offices. Guillot said some of them told Crenshaw they’re unsure of their future in the properties as the trend of working from home continues. 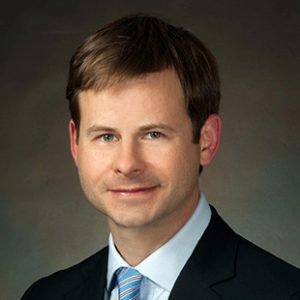 “The long-term viability of these buildings is kind of in question,” Guillot said. “It’s no secret that office vacancies are climbing and some companies need less space than they did pre-pandemic. It’s a struggle with older, inefficient buildings to keep them full.”

The two companies concluded that the 2.5-acre Willow Circle site and the 1.7-acre parcel were ripe for apartments in light of the revitalization of Willow Lawn’s retail area over the last decade.

“Multifamily was kind of an obvious use because you literally have the fabric of a mixed-use neighborhood already in place. You have a giant mall including a grocery store, a bus rapid transit stop and a Gold’s Gym all in walking distance,” Guillot said. “But what you don’t have in Willow Lawn are suitable places to rent and so we feel this is really the missing link.”

Hatcher Crenshaw IV, whose family has run their namesake realty company for about 60 years, said the Willow Circle offices were first built by his grandfather, E. Hatcher Crenshaw Jr. in 1968. The property changed hands several times until the family bought it back in the late ’80s, shortly after it bought the Byrd Avenue buildings. 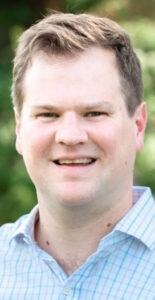 Crenshaw said he’d like to see the apartments add to the evolution of the area.

“We’ve been long-term stakeholders in the Willow Lawn neighborhood and believe these two projects will help maintain and build on the momentum that Henrico County has fostered with the redevelopment of the mall and the Pulse bus stop,” Crenshaw said in a prepared statement. “We hope that those who ride the Pulse and park up and down Byrd and in surrounding neighborhoods choose instead to live here, reducing the strain on street parking.”

Crenshaw’s current portfolio consists of a mix of office, retail, flex office/warehouse, and bulk industrial space from Ashland to Chester. The project with Thalhimer would mark its return to the apartment business.

“We used to own and manage several apartment complexes but transitioned to only commercial properties in the mid/late ’80s,” Crenshaw said. “Things have a way of coming back full circle.”

Of the 330 apartments planned for Willow Circle, 200 would be one-bedroom, 95 would be two-bedroom and 35 would be three-bedroom units. The site would also incorporate a 429-space parking garage, which the developers may offer as paid public parking in addition to its use by apartment residents. 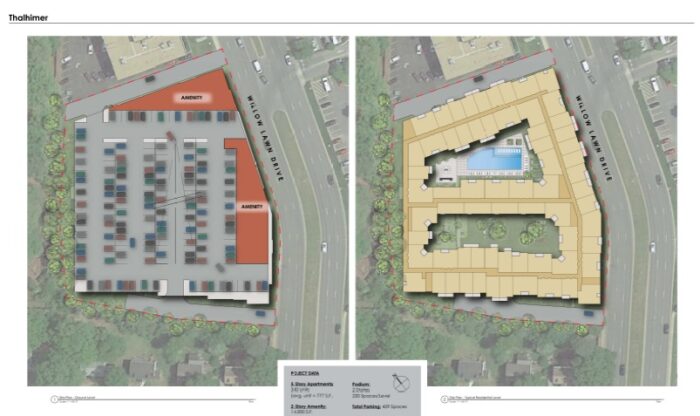 A site map of Willow Circle.

The Byrd’s 255 apartments would include 195 one-bedroom, 36 two-bedroom and 24 three-bedroom units. It also would have a parking deck with 350 spaces for residents and potentially for rent for Pulse riders and surrounding businesses.

The Willow Circle property was most recently assessed by the county at $3.4 million. The Byrd property is valued at $1.8 million. The properties are currently zoned B-2, which doesn’t allow for apartments. 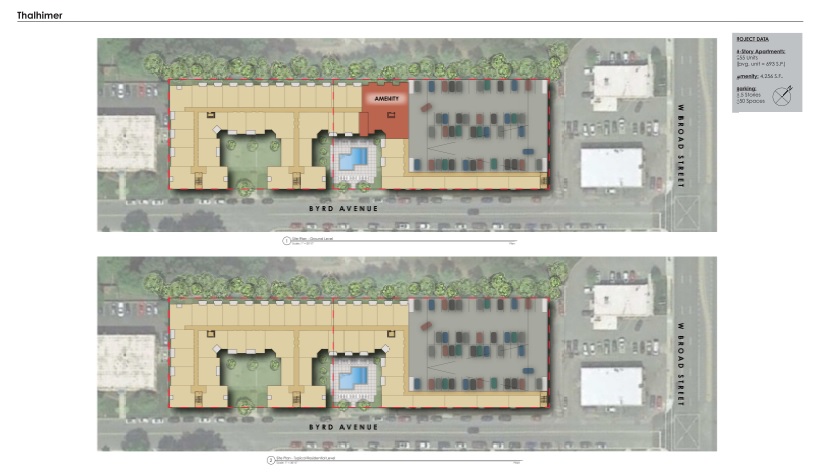 A site map of The Byrd.

The project’s timeline depends on several factors, including the rezoning process. The proposal has not yet been scheduled to be heard by the county’s Planning Commission. If the rezoning passes muster, the group would then have to file a plan of development.

Guillot emphasized that any final plans would come from the result of feedback from the community and the county. That process will begin with a community meeting for neighbors on Nov. 1. Notification for that has already gone out.

Guillot said the earliest they’d expect to break ground would be at the start of 2023.

Thalhimer and Crenshaw have enlisted attorney Andy Condlin with Roth Jackson to help with the rezoning process.

Poole and Poole Architects is the designer of the apartments. The group has yet to retain a general contractor and has not yet lined up financing.

Replacing functionally obsolete properties with residential in an area with good public transportation, and shopping is a winning formula.

What’s not needed during the re-zoning process is for Henrico County to require first floor retail in the apartment complex. There is ample retail in the area.