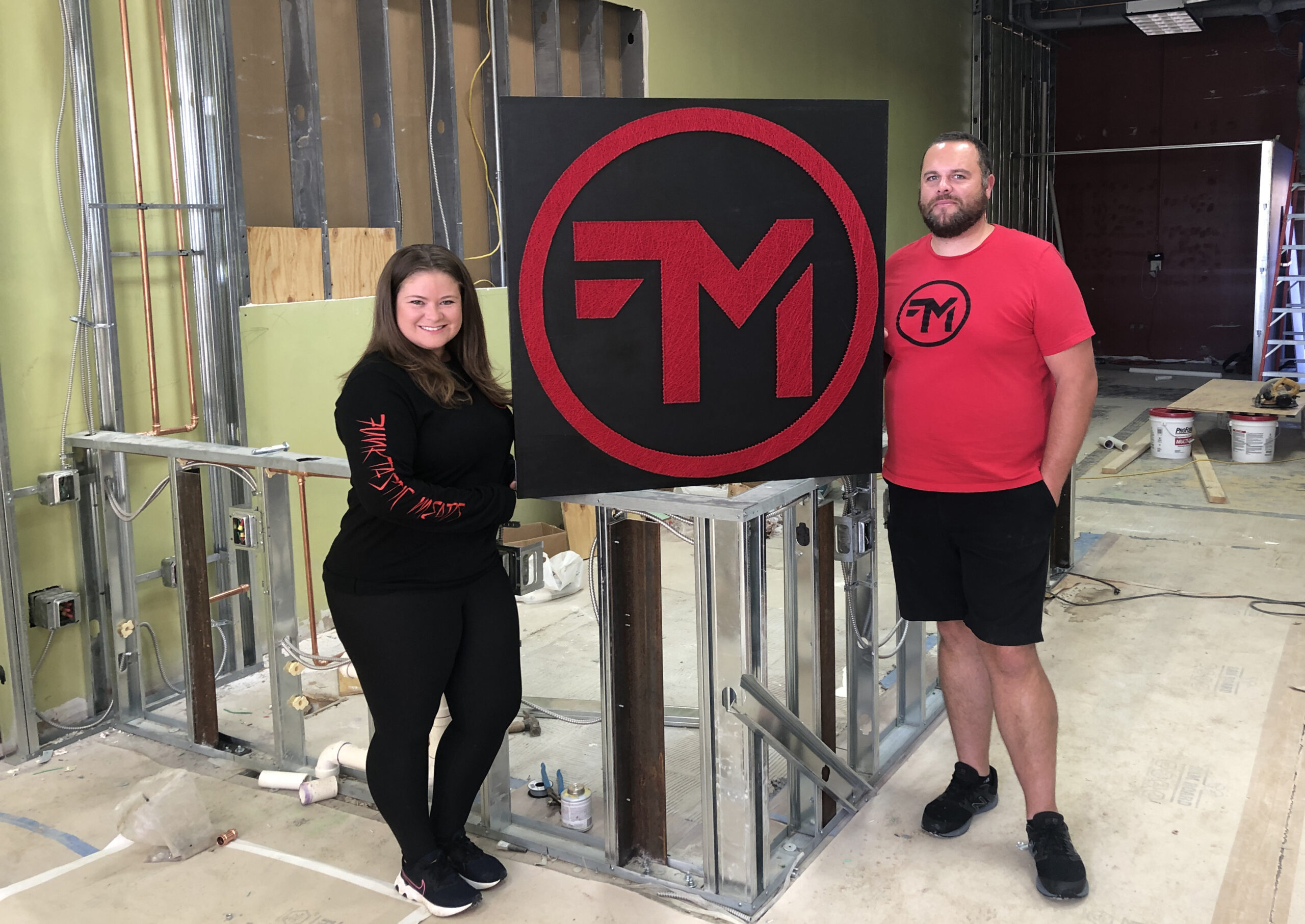 Heather and Matt Carroll in Funktastic Meads and Urban Winery’s future home, which is currently under construction. (Mike Platania photo)

Something sweet is brewing in Chesterfield County.

Funktastic Meads & Urban Winery is preparing to open at 1212 Alverser Plaza in Midlothian.

It’ll be the first meadery in Chesterfield and third in the Richmond region, joining Black Heath Meadery in Scott’s Addition and Hopewell’s Haley’s Honey Meadery.

Behind Funktastic Meads is married couple Matt and Heather Carroll. A chemist by trade, Matt started making mead as a hobby about a decade ago. Heather, an accountant, said Matt showed a knack for making the fermented honey-based beverage from early on.

“I was like, ‘Hey you didn’t do half bad on that!’” Heather said of Matt’s first batch of mead, laughing. “He’s definitely improved over time, but it was good from the start.”

“This is a hobby gone wrong. Or right, depending how you see it,” Matt added. 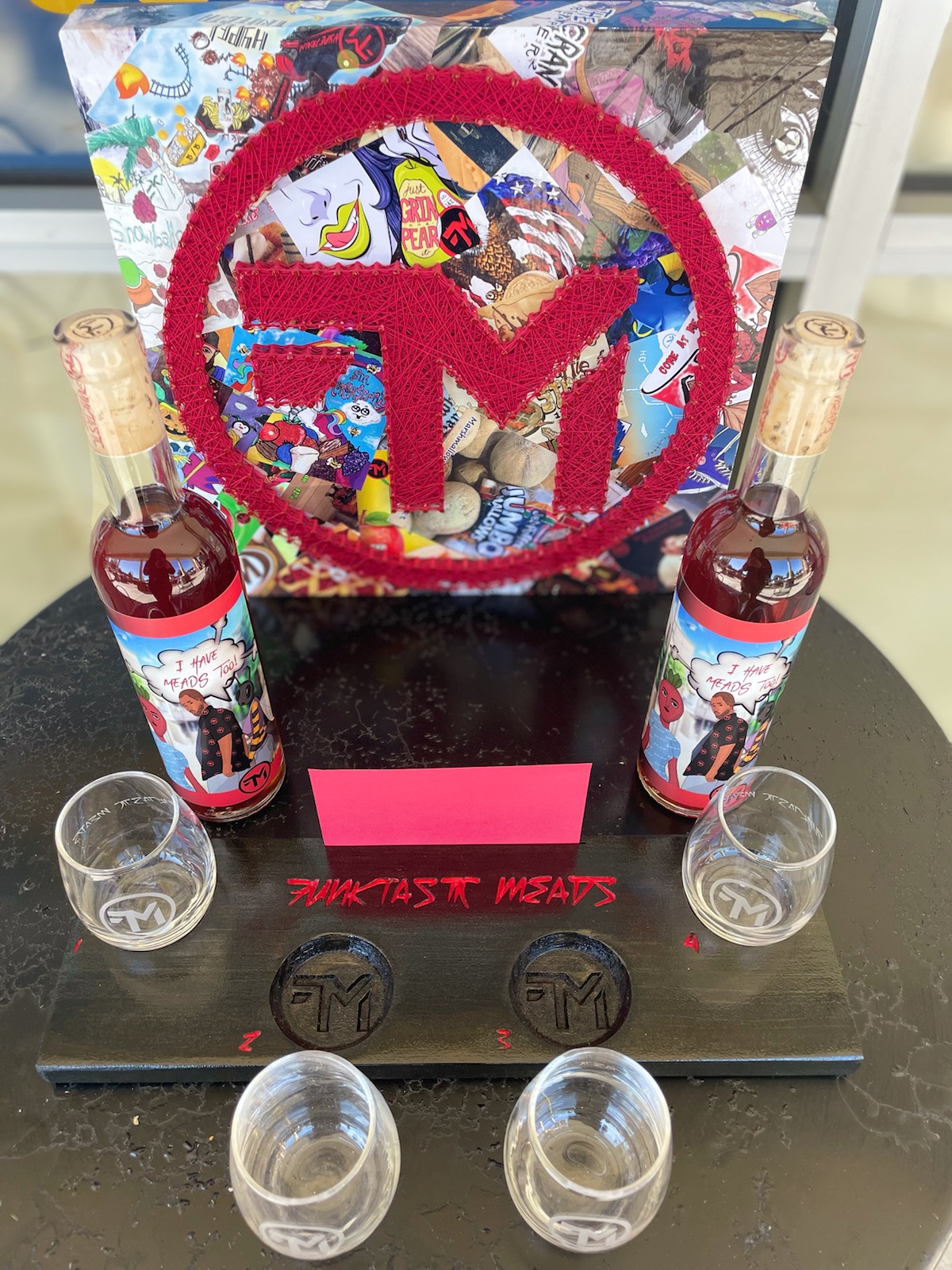 After years of making mead for themselves and friends, and collecting a few mead home-brewing awards, Matt said in 2019 he had the idea to find a winery in Virginia to team up with so he could produce mead at a larger scale. He wound up doing just that with Amherst’s Lazy Day Winery.

“We did that for over a year and we released two bottles a month,” Matt said. “We sold out every single month, sometimes in one or two minutes, others in one or two hours. But nonetheless, we sold out almost instantly.”

That success prompted the duo to turn Funktastic Meads into an LLC last year, and in early 2021 they decided to start looking around for brick-and-mortar space, ideally in Chesterfield County where they live.

M.L. Bell Construction is building out the space that Michael Pellis Architecture designed, and Matt said they’re aiming for an early January opening.

“I have a meadery in my house,” Matt said, laughing. “Our tanks are in our garage, bar stools in the guest room. I just need this to be done so I can move it all here.”

Matt said he tries to make his meads as a bridge between craft beer and wine, ranging from five to 14 percent alcohol-by-volume and sometimes using untraditional ingredients like Golden Oreos, spicy peppers or fruit.

“Meads technically fall into the category of wine but our ability to use different adjuncts is a lot more like craft beer,” Matt said.

Added Heather, “Everyone has their own thoughts of mead but it can be just as dry as the wine you’d have in a winery.”

The front of the house at the new facility will include a bar and lounge area with murals on the wall, all designed to look more like a brewery taproom than a winery. Matt said he hopes his meadery will be a neighborhood spot for craft beer and wine drinkers alike.

“I can’t wait until I have the craft beer nerd and the wine snob sitting next to each other at the bar. That’s pretty cool, and I hope we’ll have that.”