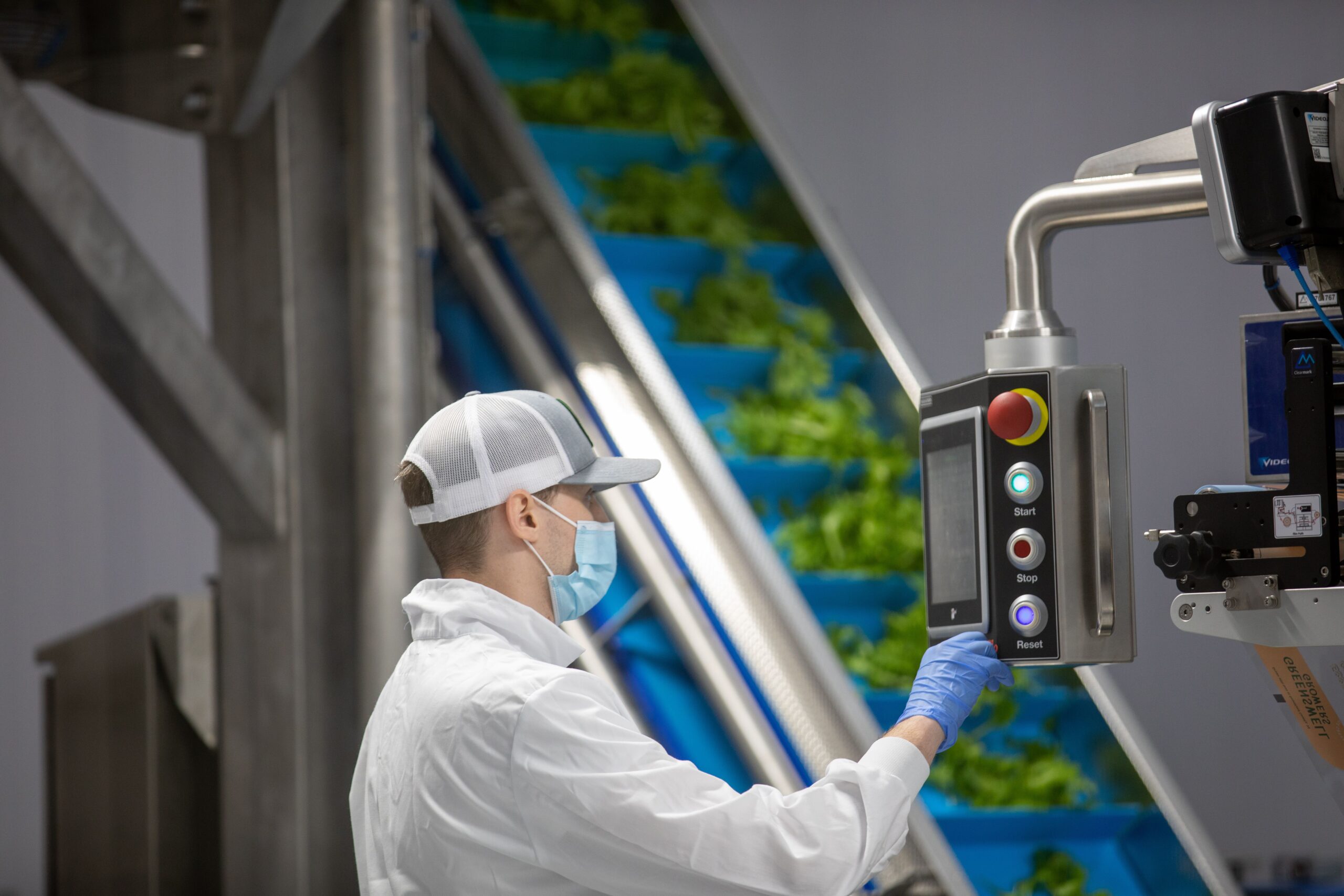 Greenswell Growers plans to grow about 3.7 million pounds of baby leaf greens over the next three years in its Goochland-based greenhouse. (Photos courtesy of Paul Spicer/Greenswell Growers)

A 77,000-square-foot hydroponic greenhouse is getting closer to getting its locally grown greens in stores.

The indoor farm facility will operate year-round and is expected to produce about 3.7 million pounds of produce over the next three years. The facility currently grows baby leaf greens but could expand into other types of produce in the future.

The facility is on a 30-acre property at 1343 Hockett Road in West Creek Industrial Park. The facility first planted crops about a month ago. 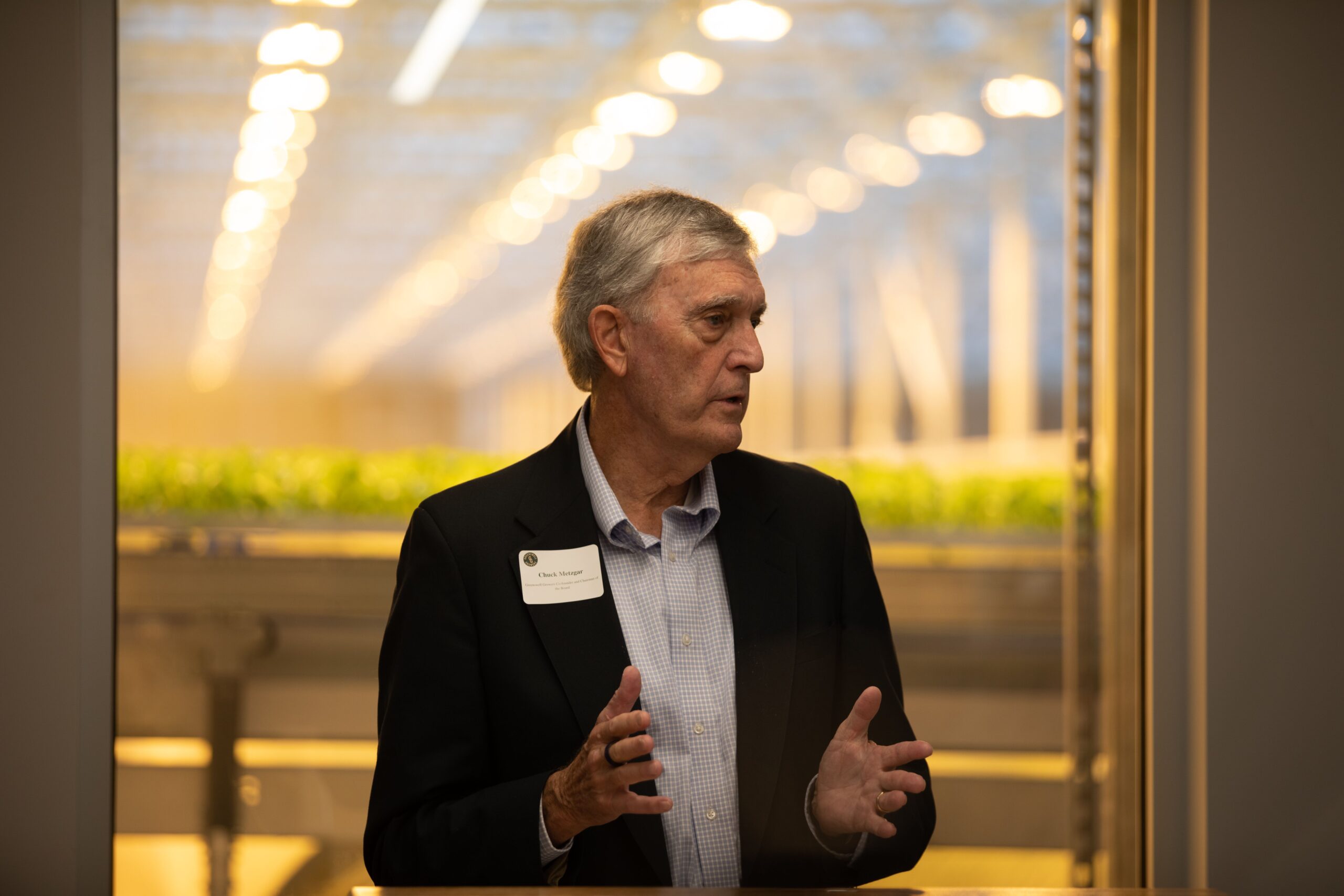 Greenswell was co-founded by Chuck Metzgar, formerly the managing director at consulting firm Mercer; John May, president and CEO of the Center for Innovation and Development in Kilmarnock; and Feed More President and CEO Doug Pick.

Greenswell is a local play for the leafy greens market, which is largely dominated by companies on the West Coast. The pandemic and its disruptions to the supply chain highlight the value in the enterprise, Greenswell President Carl Gupton said during the ceremony.

“COVID has exposed a lot of the weaknesses in our food chain. Most of what we grow here would be coming from California. That means it’s got to be trucked across the country to get to us,” he said.

The facility’s produce is largely earmarked for grocery store shelves in Virginia and throughout the mid-Atlantic region. Negotiations with retailers are ongoing, Metzgar said after the ceremony, and he declined to comment on which store shelves the Greenswell brand may appear. Greenswell says it will donate 5 percent of its greens to food banks, including Feed More. 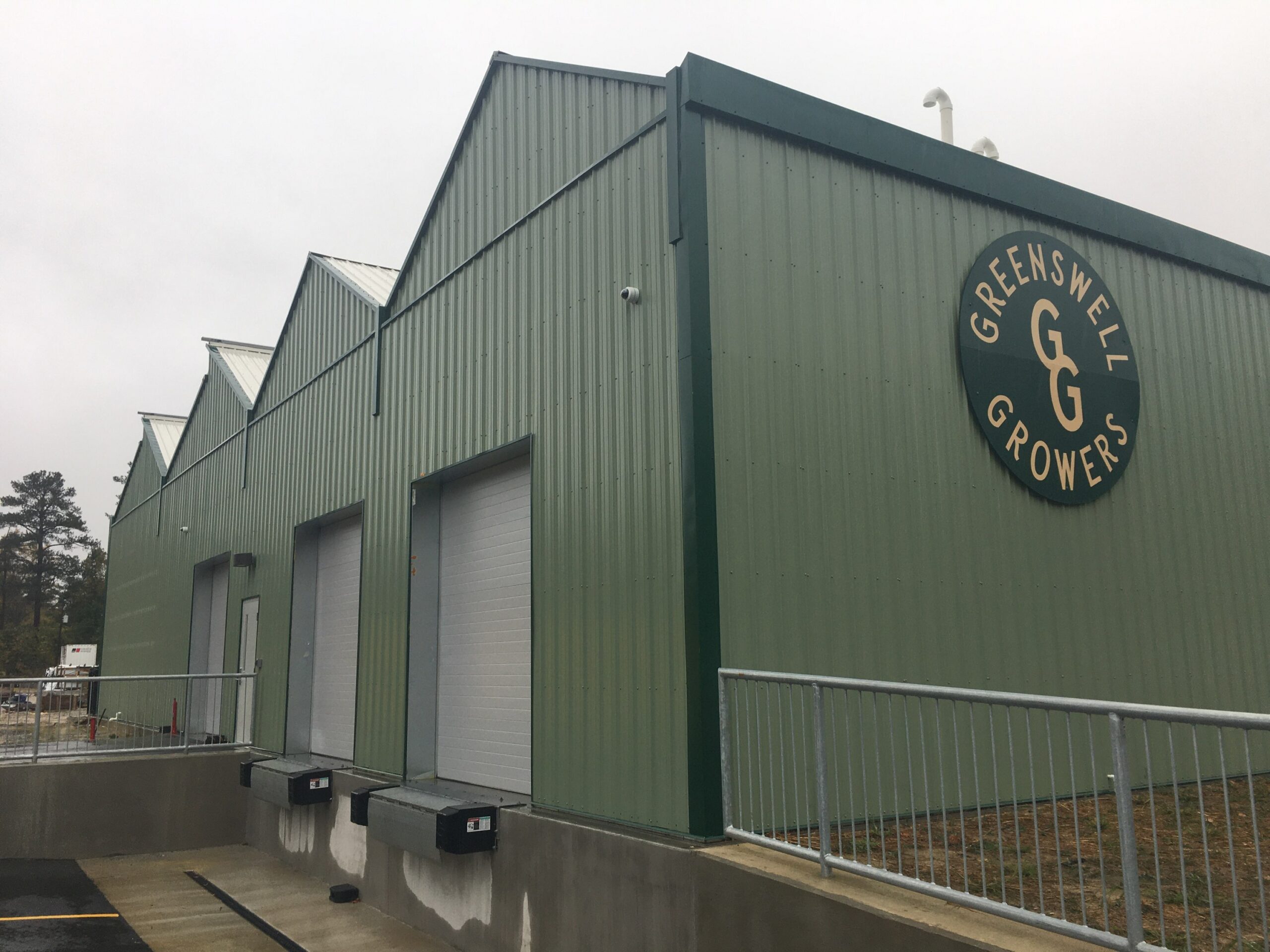 The facility is on a 30-acre property at 1343 Hockett Road in West Creek Industrial Park.

Gov. Ralph Northam, Secretary of Agriculture and Forestry Bettina Ring and Rep. Abigail Spanberger were among those who also shared remarks at the ceremony.

The company says the hydroponic greenhouse is the ninth facility to use the fully automated Green Automation growing system in the country. Hydroponic refers to the facility’s growing method in which the produce is grown in water instead of soil.

“We’re excited that the future of agriculture is right here in Goochland. It fits perfectly with our economic development plan and it ties to our agricultural heritage,” Goochland Board of Supervisors Chairman John Lumpkins said, adding the facility brings 27 jobs to the county.

The grand opening ceremony comes more than a year after the project was initially announced.

Congratulations on a fantastic business launch with a high demand product..glad to see it happen locally. There’s a lot of talent and experience behind this.