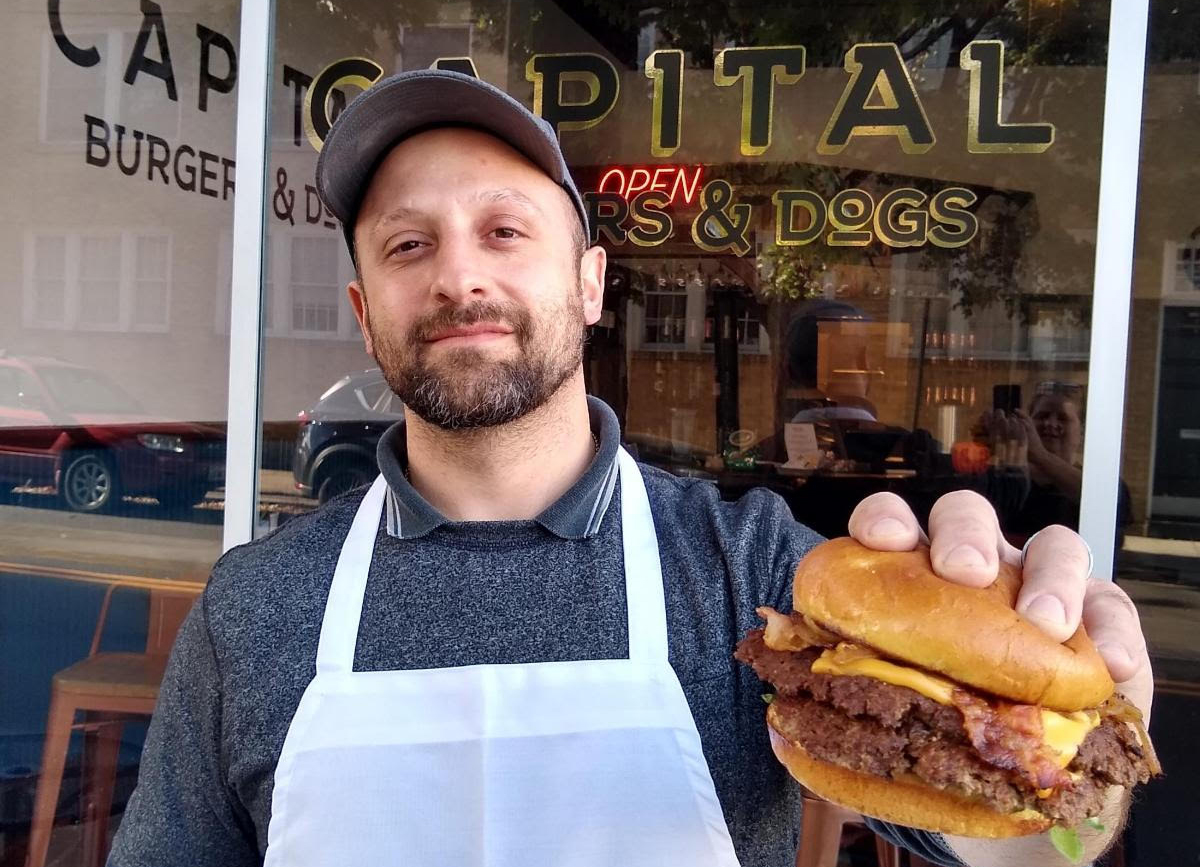 Delayed but undeterred by the pandemic, a veteran of the local pizza scene is now slinging burgers and hotdogs in the Fan.

The restaurant serves smash burgers, which feature beef patties that are thinner and crispier than the standard hamburger patty, along with hotdogs and other items.

“I thought of the concept of smash burgers because I didn’t think Richmond had many original mom-and-pop smash burger shops,” Nuara said.

Nuara had plans to open the restaurant last year but said the pandemic got in the way, slowing the permitting process and making it difficult to secure things for the business like furniture. It became such a problem that Nuara took matters into his own hands. 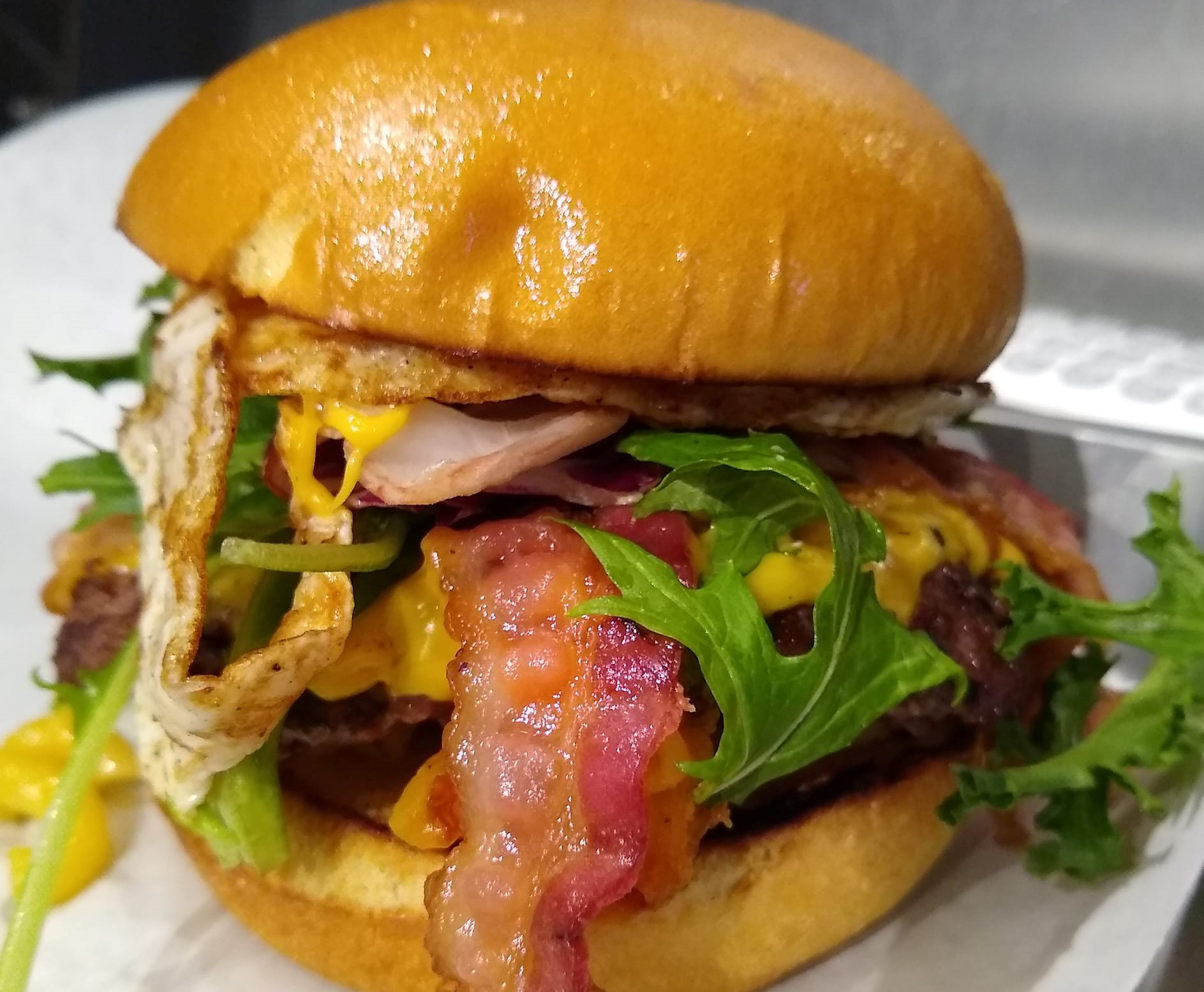 “I couldn’t find chairs and tables,” he said. “I made all the tables myself in the restaurant. We kind of made a homemade place. My dad and I went to Lowe’s and got the lumber.”

“To be honest, when the pandemic hit it put a hurting on us,” he said. “We still had customers coming but we couldn’t find employees to save our lives in Short Pump.”

While continuing his involvement in the operations of Belmont Pizzeria, Nuara is the sole owner of Capital Burgers & Dogs, where his wife Krystina keeps the books.

Most of the restaurant’s sandwiches, which are named after Richmond streets, run $6 to $10. The restaurant also serves beer and wine.

There’s seating for about 25 people in the restaurant, which Nuara said is about 1,000 square feet.

Correction: This story has been updated to correct the name of the restaurant that was previously in the space at 814 N. Robinson St.

Excited to eat here, but the sushi restaurant that previously occupied this space was Akida (not Akasaka), which is now on Sheppard https://richmond.com/food-drink/restaurant-news/akida-moving-to-museum-district-ramen-shop-opening-in-fan/article_f1457a2c-d4a8-11e4-9999-4f03ef1f0a8e.html

We still had customers coming but we couldn’t find employees to save our lives in Short Pump.”

So another burger joint in the fan? Yaaaaaaaaaawn. I don’t know why restaurant owners don’t learn that if you want a successful and long-term business now you need to move out of the fan and out of downtown Richmond after the year of riots and defunding the police movements, and with racist, violent and bigoted BLM and antifa permanency in these areas now. Neighborhoods like Stratford hills and Stony Point and Bon Air are growing wildly south of the river, and people here don’t venture across the river as don’t suburbanites north of the river travel to the fan anymore,… Read more »

It seems like the owner has done OK with a pizza restaurant a mere 6-7 blocks away from this location…..for over ten years. I wish him good luck.

I live in Chesterfield and regularly travel downtown for food & drink. I’ll drive 25 minutes to hit Hopcraft for takeout pizza.

I am a longtime resident of the Fan but I will be forced to move soon. My council person, Stephanie Lynch, who spearheaded the defund the police movement in Richmond, just voted with the majority against reducing the real estate tax rate. Eventually the self-righteous social justice warriors from Northern Virginia with all their money will be the only folks who can afford to live in the city.

Don’t be afraid, Lars. You’ll be safe at Hooters & Applebee’s.

I doubt if Lars is the least bit afraid.