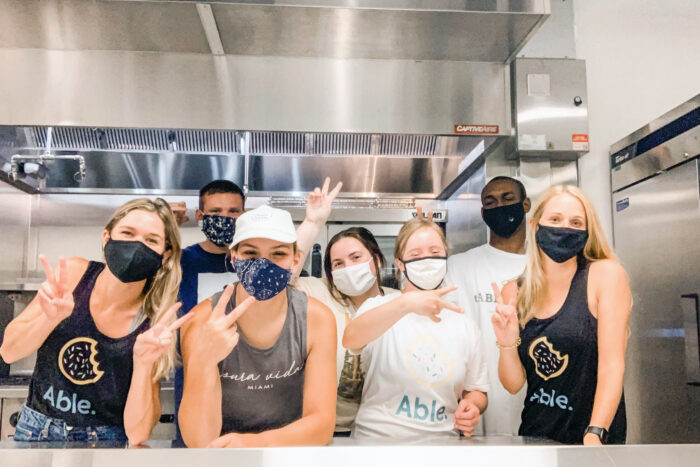 Adding a complement to a bakery it runs as a vocational program for students with developmental disabilities, a local nonprofit has brewed up a new café in Forest Hill.

Next Move Program opened a cafe last week as part of its Tablespoons Bakery at 1707 Westover Hills Blvd.

The cafe is open to the public and serves cookies and baked goods made by the bakery. The cafe occupies the same former parsonage at Westover Hills United Methodist Church where the bakery and Next Move’s offices are located.

The cafe, which was a pre-pandemic plan, was devised as a means to further grow the nonprofit’s job training efforts and create job opportunities for people with developmental disabilities. 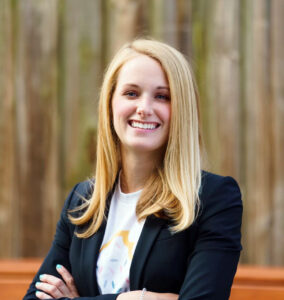 “We wanted a way to continue to serve our grads,” Next Move Co-founder and Executive Director Elizabeth Redford said. “We knew pretty early on based on the response from the community we were on to something special.”

The cafe and bakery have five paid staff who are also alumni of Next Move’s externship program, another Next Move initiative that pairs students with companies for work experiences.

Next Move launched Tablespoons in 2017. It previously baked at Hatch, a Manchester food-and-beverage incubator. It moved baking operations to Forest Hill this summer after the nonprofit moved into the parsonage in November 2020.

The Next Move program was launched originally within now-defunct Health Diagnostic Laboratory and spun out as an independent nonprofit in 2015 after HDL’s collapse.

In addition to the cafe, Tablespoons offers wholesale sales and catering.

“It’s almost an identical model,” Redford said of the Tablespoons internship which has a focus on food service and entrepreneurship.

Revenue generated by the cafe is planned to help grow its team. Fundraisers, donations and grants will continue to be key to the nonprofit’s ability to cover its expenses, Redford said.

“Our hopes are that we can continue to expand our team with the income generated by selling cookies, specifically by hiring more young adults with diverse abilities,” she said.

What a fantastic opportunity for our differently-abled Richmonders! Well done! Congrats!