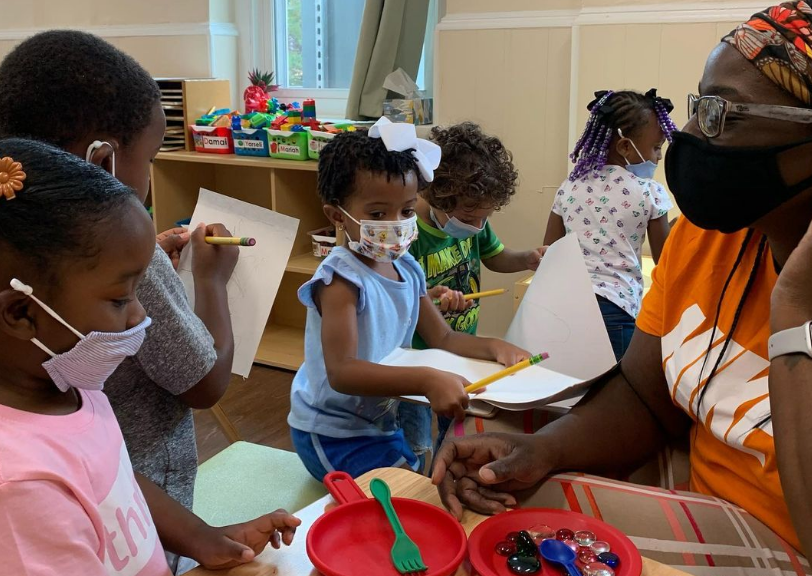 The YWCA’s Sprout School program is growing with plans for two more locations in downtown Richmond and Oregon Hill in the next few years. (Photos courtesy of YWCA)

With a $5.3 million renovation of its downtown headquarters nearly done, the Richmond YWCA is turning its attention to a new project: expanding its childcare program to two new locations in as many years.

The nonprofit’s Sprout School, a full-day and year-round early childhood education program, is expected to open a downtown Richmond location in spring 2022 and an Oregon Hill location in winter 2023.

The downtown location will be at Second Presbyterian Church at 5 N. Fifth St., which is across the street from YWCA’s headquarters. YWCA CEO Linda Tissiere said negotiations between the YWCA and the church, which permanently closed its in-house childcare program, were still ongoing.

The Sprout School previously had a location within the YWCA headquarters but was relocated as part of the renovation in summer 2020 to the former Community Bainbridge Baptist Church at 1101 Bainbridge St. on the city’s Southside.

The Oregon Hill outpost will be located at St. Andrew’s School at 227 S. Cherry St. The school and nonprofit have already signed an agreement to open the location, Tissiere said.

In addition to the Bainbridge location, Sprout School has an outpost at the Children’s Museum of Richmond at 2626 W. Broad St. Once all four locations are up and running, YWCA will have capacity to accommodate 230 children.

The nonprofit is currently licensed to care for 131 children. YWCA has about 60 full-time employees and about a dozen part-time employees. Roughly half of the full-time workers are Sprout School teachers or administrative staff.

During market research and interviews with local families tied to the development of the Sprout School program, the YWCA found there was demand for full-day childcare for infants and toddlers.

“We heard loud and clear during that process that for (the age range of) birth to 3 years old, there was a huge demand for that,” Tissiere said. “There just wasn’t enough childcare facilities to do that, and where it is available it is very expensive.”

“We continue to look at new locations because there is high demand,” Tissiere said. “There is just not enough childcare out there for parents.” 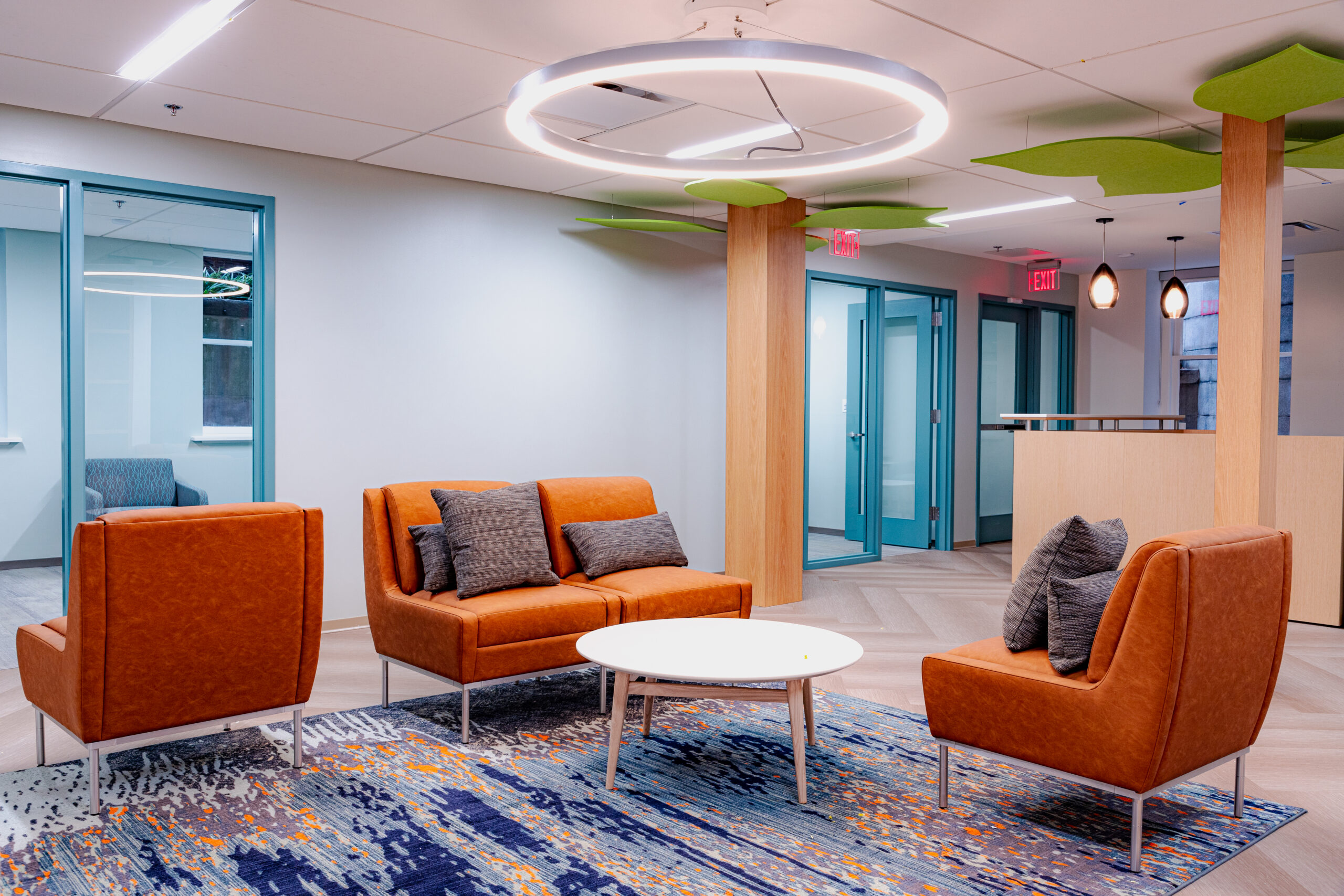 The YWCA is wrapping up a $5.3 million renovation of  its headquarters building at 6 N. Fifth St.

YWCA is in the home stretch of a renovation project at its headquarters at 6 N. Fifth St., which it has rechristened the Center for Empowerment.

Employees are expected to be fully relocated from a temporary office, and the headquarters open to the public, in January.

The building will continue to be home to the YWCA’s administrative offices, as well as crisis counseling, case management, housing services, a volunteer lounge, training center and in-kind donations distribution center.

The YWCA redeveloped the building’s gym to build 2,000 square feet of new office space onto the building’s second floor where once there were gym rafters. The rest of the former gym is now training facilities.

“By relocating the Sprout School, that freed up literally half the building,” Tissiere said.

The renovation project kicked off in early 2021 and is the first in 20 years at the building, which was built for the YWCA in 1914.

The architect is SMBW Architects. Dominion Construction Partners is the general contractor.

The YWCA is in the midst of its Empower and Transform capital campaign, which is raising funds to cover costs associated with the headquarters renovation and the relocation of the formerly downtown Sprouts School location. With about $5.3 million already raised, Tissiere said the campaign was about 80 percent toward its funding goal.

The nonprofit reported $4.4 million in revenue and $4.3 million in expenses for the 2020 fiscal year, according to tax filings.

Good news. So glad to hear that the YWCA is continuing to grow to meet the needs of the community. Kudos to their leadership.