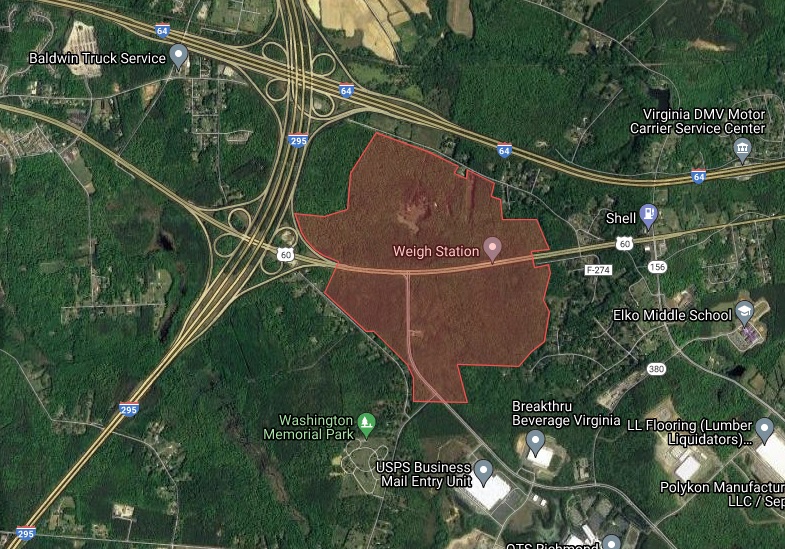 A group that includes Hillwood Development, the Texas-based firm led by Ross Perot Jr., is looking to rezone 530 acres in Varina for industrial and distribution uses.

The company behind a Henrico industrial development that earlier this year landed Amazon as a tenant is eyeing hundreds more acres in the county.

A group that includes Hillwood Development, the Texas-based firm led by Ross Perot Jr., is looking to rezone 530 acres in Varina for industrial and distribution uses.

The acreage, which straddles East Williamsburg Road, is southeast of the Interstate 64-295 interchange and just north of White Oak Technology Park.

While not an expansion of White Oak, the project would effectively extend the uses of the 2,200-acre tech park, where QTS Data Centers, Facebook and LL Flooring have facilities. Uses that the requested zoning would allow include cold storage, distribution/warehouse, advanced manufacturing and fleet facilities.

“It’s an opportunity to market it and have available land already zoned,” Condlin said.

Condlin said Atlantic Crossing has the assemblage under control. The county most recently assessed the parcels at $3.16 million combined.

Condlin said specific buildings have yet to be decided but the site would include a possibly two-story logistics center. He said the group anticipates a total real estate investment of nearly $2 billion and up to 1,800 jobs created at buildout.

“They’ve got a couple of different ideas. This would be a typical light industrial, advanced manufacturing or distribution use development,” Condlin said. 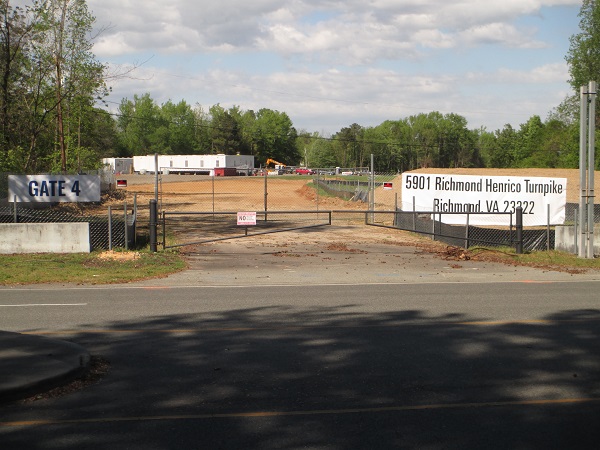 Work has started on the site where Amazon’s robotics fulfillment center will rise. (BizSense file)

Hillwood is currently developing a 2.6-million-square-foot industrial complex near Richmond Raceway that’s set to house a robotics fulfillment center for Amazon. The building is one of several Hillwood has developed across the country for the online retailer.

It’s not clear whether Amazon would take space at the Varina site. Condlin said the group is in talks with potential users but no contracts have been signed.

In his State of the County address last week, while discussing the robotics fulfillment center project and previewing the year ahead, County Manager John Vithoulkas said of Amazon, “Stay tuned, but this will be another double-down from our corporate community,” having referred earlier to Facebook’s doubling of its investment in its data center at White Oak.

The county Planning Commission supported the rezoning request at its meeting last week. The request now goes to the Board of Supervisors for a final decision.

Anthony Romanello, director of Henrico’s Economic Development Authority, said the rezoning, if approved, would be a welcome addition to the county’s economic development opportunities.

“Should the board approve the rezoning, we look forward to adding this land to our inventory of commercial sites,” Romanello said.

The site is across I-295 from Richmond International Airport, which is looking to purchase 161 acres adjacent to its southeastern corner.

Could you please clarify?

He said the group anticipates a total real estate investment of nearly $2 billion and up to 1,800 jobs created at buildout.

Does that mean perm jobs after completion, or constuction jobs during the build out?