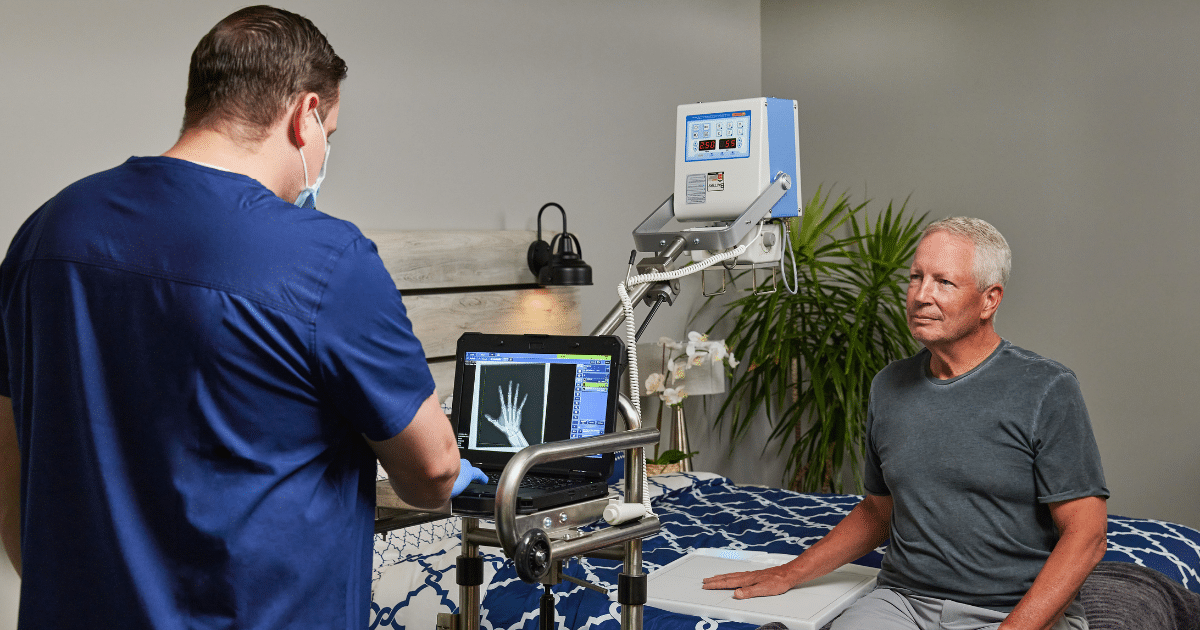 Two mobile health care providers have joined forces in a deal that brings a 15-year-old local company under new ownership.

“When we bring them under one umbrella, we can deliver a better experience overall,” Werb said. “About 20 percent of the time when our providers are in the home, they’re ordering imaging.”

Patients contact DispatchHealth to arrange an on-demand visit from a team of physician’s assistants, nurse practitioners and EMTs. The company’s employees can handle conditions that range from food poisoning to pneumonia, skin infections and wounds in need of stitches.

Dynamic was already working as a contracted imaging provider for DispatchHealth in the Richmond market and elsewhere on the East Coast.

“We were providing radiology services for these guys in Richmond and in a couple other markets,” Dynamic CEO and co-founder Debbie Berger said. “I think the shift in health care goes toward the home and these guys know what they’re doing.”

Berger will remain at the helm of Dynamic, which is expected to maintain its own branding as part of DispatchHealth.

Dynamic’s 200 employees, about 50 to 75 of whom are based out of the company’s headquarters and dispatch center at 6015 Staples Mill Road, will stay on with the acquisition, Berger said.

The company, which launched in 2005, operates in 12 states, including Virginia, D.C., Maryland and North Carolina.

DispatchHealth, which was founded in 2013, operates in 49 markets in 29 states and has 2,000 employees. The company entered the Richmond market in 2017.

The company currently operates five to seven vehicles in the Richmond market and has about 40 employees locally, Werb said. The company has a contract with Bon Secours to provide at-home treatment for patients of the health system after the patients are discharged.

DispatchHealth accepts most insurance providers as well as Medicare and Medicare Advantage, and an uninsured customer pays a flat rate of $275 per visit, according to the company’s website. Any additional third-party services incur an added cost.

DispatchHealth began to bring imaging in-house with the acquisition of Minnesota-based Professional Portable X-Ray in April. Werb said PPX has expanded into new markets under the DispatchHealth banner and that he expected that Dynamic Mobile Imaging would do the same.

DispatchHealth’s office is at 7200 Glen Forest Drive, Suite 106. Werb said he expected that the company’s local presence and Dynamic would eventually move into a shared office space.