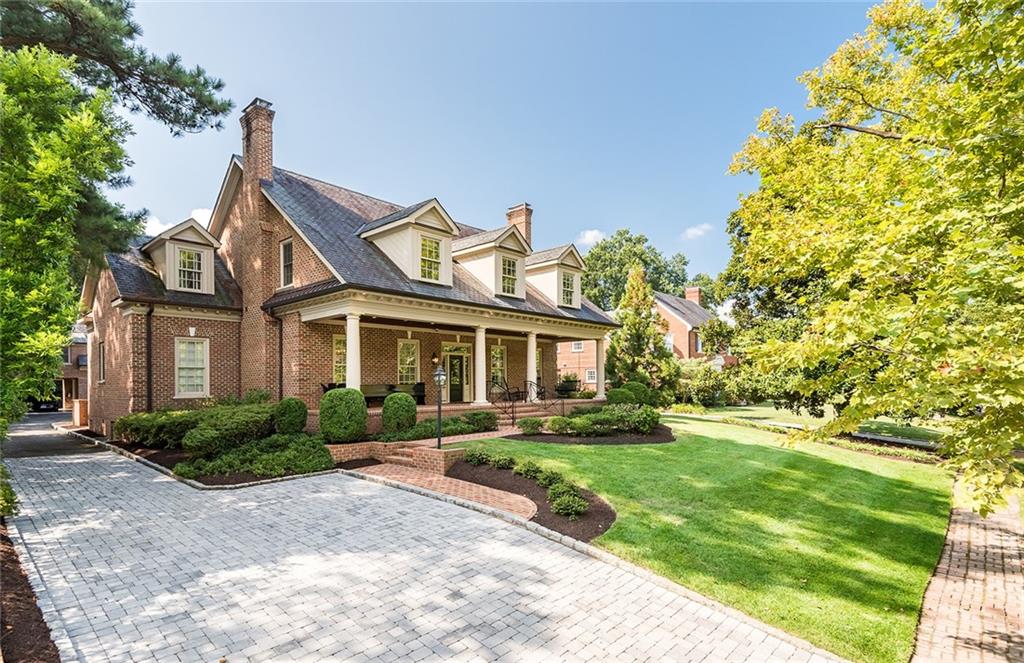 A 12-year-old house in Richmond’s West End, a 110-year-old home in the heart of VCU and a 114-acre farm in Gum Spring led the pack of the priciest residential real estate sales in the Richmond area in December.

Chris Small with Small & Associates worked both sides of the deal, representing the sellers as well as the mystery buyer, who bought the house under an LLC. 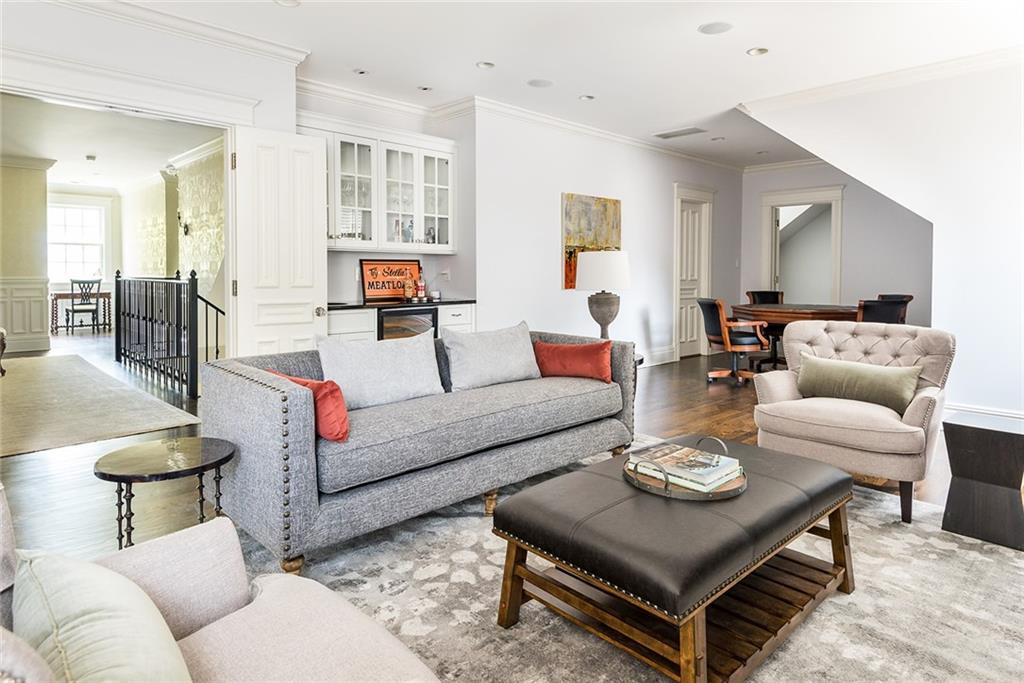 The upstairs living area has a bar and climate-controlled storage.

The sellers were Alex and Patricia Valadka, who purchased the house in 2015 for $1.67 million. Alex is chairman of the VCU School of Medicine’s Department of Neurosurgery.

The half-acre property is assessed by the city at $1.88 million.

Totaling five bedrooms and 4½ bathrooms, the 2½-story house was built in 2009, making it one of the newer homes in the neighborhood.

The house has a sunroom that opens to a brick terrace, a first-floor owner’s suite with two walk-in closets, and an upstairs family room with a bar and climate-controlled storage. The property also includes a detached rear house with a rec room, bar and carport with electric charging station. 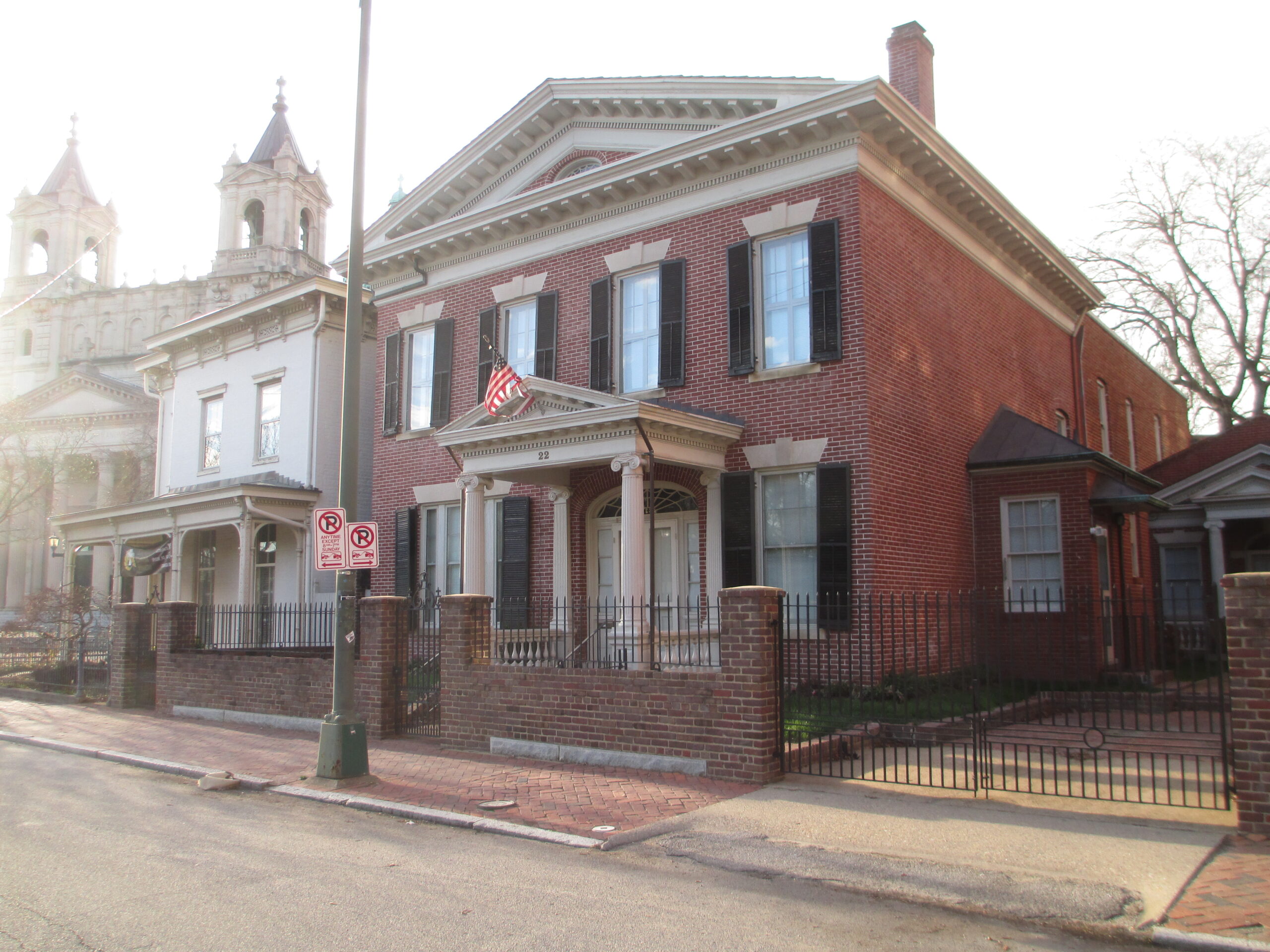 The century-old house at 22 N. Laurel St. is doors down from the Cathedral of the Sacred Heart. (Jonathan Spiers photo)

The month’s second-priciest sale was 22 N. Laurel St., a century-old house overlooking Monroe Park that sold Dec. 28 for $2.1 million. The off-market deal was recorded with the city courthouse but was not reflected in online property records as of Thursday.

A deed lists the buyer as 22 N Laurel LLC. Attorney Jeff Geiger with downtown law firm Hirschler is listed in state records as the registered agent. Property records list the sellers as Jacob and Martha Canova, who had owned the house since at least 1992.

Built in 1910, the two-story, 5,000-square-foot brick house is beside VCU’s Johnson Hall dorm and two doors down from the Cathedral of the Sacred Heart. It totals three bedrooms and four bathrooms and includes a detached garage.

The 0.17-acre property was most recently assessed by the city at $1.01 million. 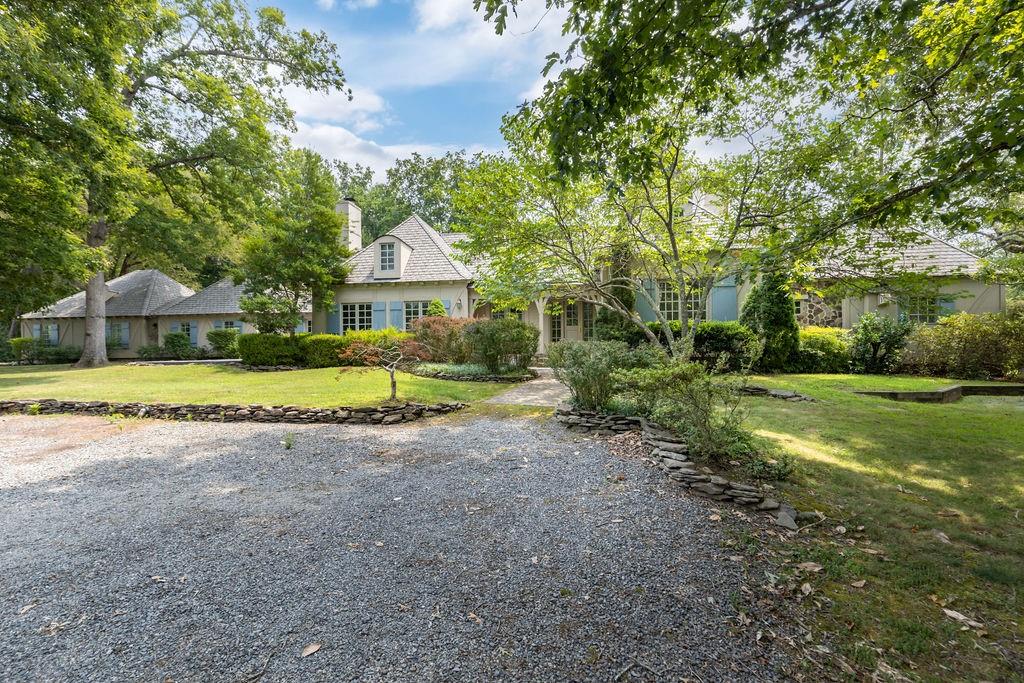 The property was most recently listed in July and went under contract in mid-October. The buyer is East Leake Farm LLC, an entity registered with the SCC by Henrico-based attorney Andrew Mulcunry. Janet Carroll with Montpelier-based Integrity Choice Realty was the buyer’s agent.

The seller was Andrea Boccardi, a music producer who purchased the property in 2008 for $1.8 million. Kurt Vogelsang, a Charlottesville-based agent with Virginia Estates, listed the property for Boccardi. Goochland County most recently assessed the property at $1.85 million.

Built in 2000 and renovated in 2009 and 2020, the stone-and-stucco house totals three bedrooms and four bathrooms and has a sauna, gym and heated saltwater pool. The property also includes a 19th-century log cabin with three bedrooms and two bathrooms, as well as an 1800s-era farmhouse that’s been converted into a pool house.

Rounding out the top five home sales for December were, according to the Central Virginia Regional Multiple Listing Service:

What a great house at 22 N Laurel. I didn’t realize it was still used as a residence.

Crazy price for 22 N Laurel. Going to VCU back in the day, hammered college kids would be regularly walking through screaming on that block. For that price I wouldn’t want to deal with that.

it’s really not a big deal, or a deal at all. I’ve been one, and I’ve heard them, and over my life they have affected me not one whit.