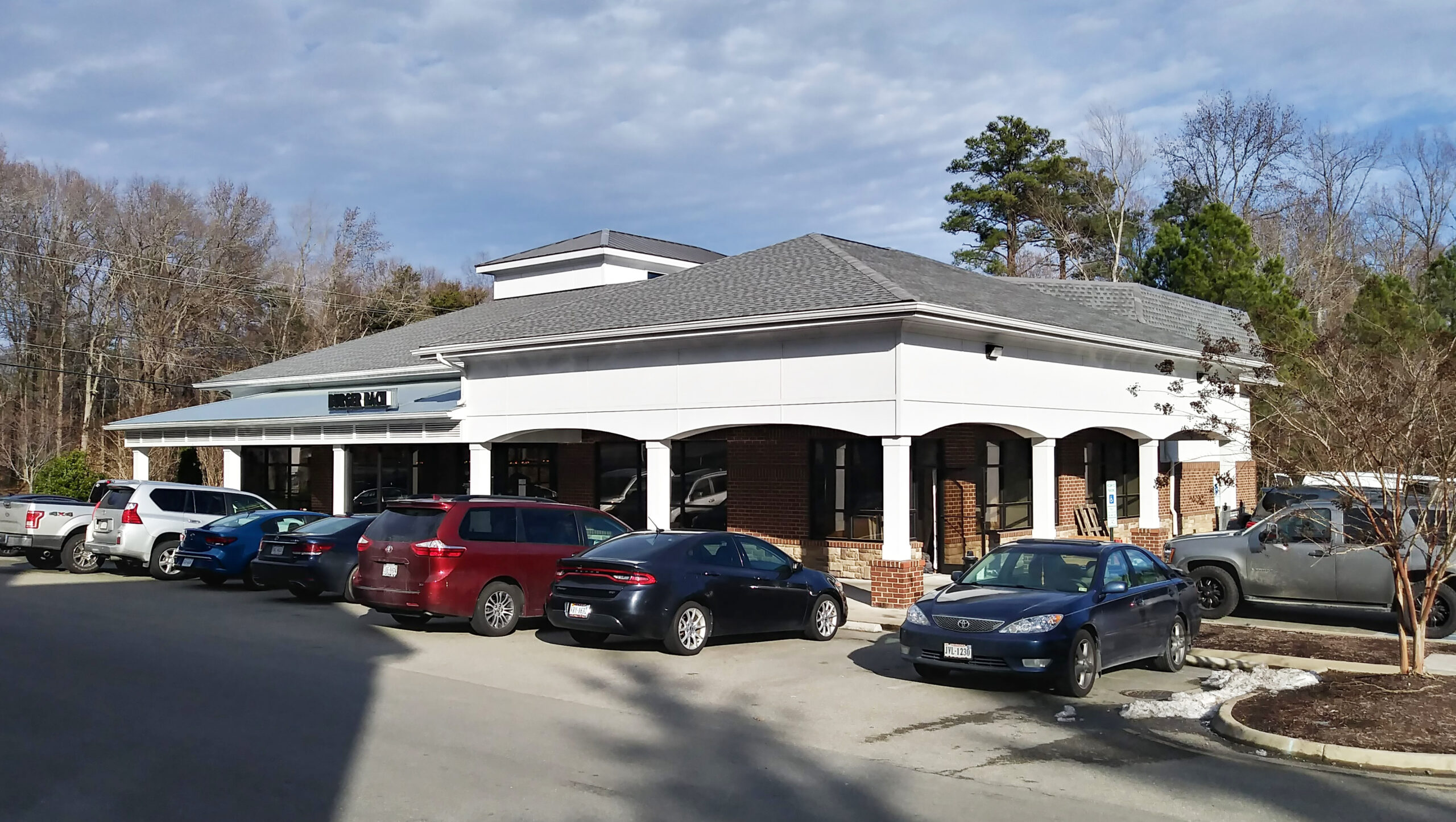 RVA Physical Therapy plans to open this spring at 101 Heaths Way Road in Midlothian, where it will share a building with Burger Bach. (Jack Jacobs photo)

Upon scooping up property in Midlothian for a new location, a local physical therapy practice has also stretched into a new role: burger joint landlord.

RVA Physical Therapy plans to open this spring at 101 Heaths Way Road. The new office will be its second, joining an existing office at 2620-A Gaskins Road in Henrico.

An LLC affiliate of the practice paid $1.7 million for the property, part of which is currently home to local restaurant chain Burger Bach.

Lavanya Kavaserry, who co-owns RVA Physical Therapy with her husband Ramky Kavaserry, said the restaurant will remain in its 3,600-square-foot portion and they’ll take over the remaining 1,800 square feet.

Lavanya said their Henrico office often sees patients who travel from the Midlothian area, so it seemed fertile ground for expansion.

“This fit the bill because we didn’t want too big a space or too small a space.”

High on the list of needs for RVA Physical Therapy is room for an in-house pool for aquatic therapy, which Kavaserry described as a focus of the practice. Kavaserry said buildings with pools can be hard to come by, so the company owns its locations in order to be able to construct those facilities.

“Renting or leasing is a difficult option for that,” she said.

The practice also likes to keep its distance from other physical therapy outfits, and owning the buildings helps ensure it doesn’t end up sharing real estate with a competitor, Kavaserry said.

The practice first opened in 2015, and moved its current location to the corner of Gaskins and Three Chopt roads in February 2019.

The project architect is Keith Hunter and Associates. The contractor is Katherman & Co. Developer B.K. Katherman was the seller in the deal, which was financed in part through a loan from Primis Bank.

The group closed on the Midlothian property in October. The seller was Railey Hill Associates, which was represented by Tucker Dowdy and Russell Wyatt of Commonwealth Commercial Partners. The property was most recently valued at $1.1 million, according to Chesterfield online property records.