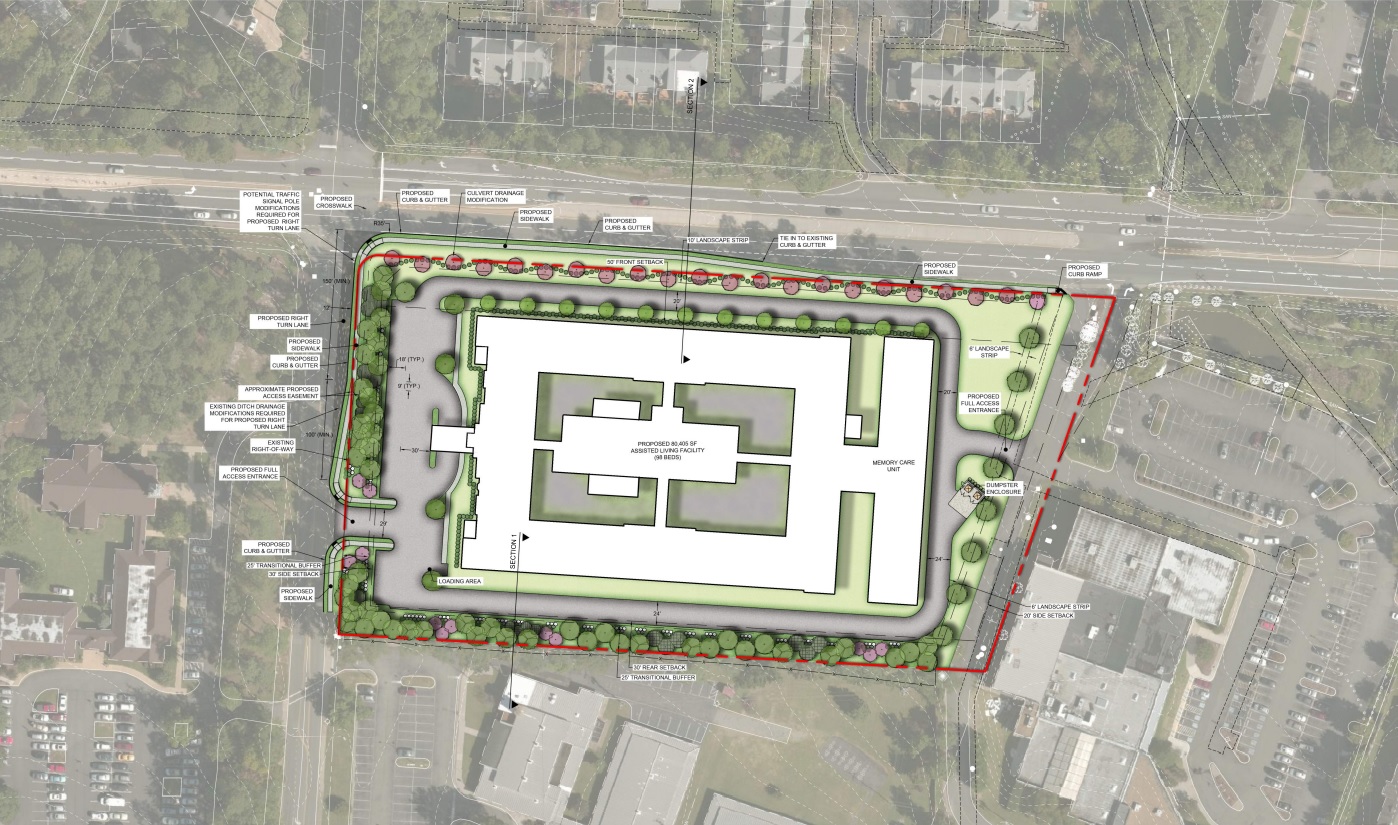 A 6-acre site in western Henrico County that drew stiff opposition when it was floated for a residential development a decade ago is now being proposed for a senior living facility.

The wooded site at 9301 Patterson Ave., beside Maybeury Elementary School and the Tuckahoe Family YMCA, is being pitched for an assisted living and memory care facility by an entity tied to Build Senior Living, a Michigan-based investment management firm focused on housing developments for seniors.

The single-story, 98-unit facility would include 63 assisted living units and 35 memory care units, according to plans filed with the county. The 80,400-square-foot structure would fill the site, which is currently approved for 30 detached homes.

Gumenick Properties, which owns the property, secured that approval in 2010, when the land was rezoned to allow the zero-lot-line homes amid considerable opposition from area residents.

The development never materialized, and the site is now under contract to Build Senior Living, which is seeking rezoning and provisional-use permit approvals. Those requests, made through an entity called Hampton Manor of Richmond LLC, went before the Planning Commission on Thursday and were recommended for approval.

Shane Finnegan, an executive with Gumenick, confirmed the property is under contract but declined to comment on why the homes were never built. The Gumenick family has owned the site since 1965, when the land was last purchased for $304,000, property records show. The county most recently assessed the property at just over $1 million.

A rendering of the single-story facility, which would have 98 units.

As proposed, the assisted living facility would be accessed from Maybeury Drive and from a YMCA access road on the east side of the site. A sidewalk is planned along Patterson and Maybeury, and the company has proffered 10-foot-wide tree buffers along the perimeter of the property. A black aluminum rail fence also would be installed along the school side.

A county planning staff report notes a community meeting on the project was held in late March. According to the report, attendees did not appear to oppose the proposed use but did voice concerns about construction impacting the school. As a result, the company has also proffered to limit construction activity to between 7 a.m. and 7 p.m. Mondays through Saturdays.

Andy Condlin, a local attorney representing Build Senior Living in the case, described the level of proffers included with the proposal as reflective of concerns heard at the meeting, as well as those from the last time the property was rezoned. Condlin, with Roth Jackson Gibbons Condlin, was not involved in the previous rezoning.

Founded in 2018, Build Senior Living has developed similar facilities primarily in Michigan, Missouri and Florida, according to its website. It also has two projects under construction in Virginia: one in Williamsburg, according to the site, and another in Chesapeake, Condlin said.

The company is led by CEO Shahid Imran. He put the project cost at about $23 million and said construction would take just over a year after approval. 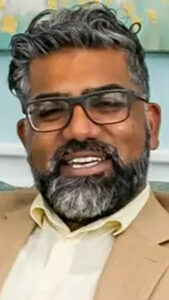 “We truly feel this is what the new standard of what state-of-the-art assisted living should be like,” Imran said in an email. “Our goal is to make each unit feel as much like a home as possible.”

The county report states that planning staff is supportive of the project, contending that the facility would have less impact on traffic and schools than the homes that are approved for the site. Condlin made similar points.

“Overall, it’s been well-received,” he said. “It certainly has less impact on the surrounding community as an assisted living facility with a memory care component than single-family homes would.”

Build Senior Living is working on the project with Richmond-based Timmons Group, which drew up plans included with the requests.

If approved by county supervisors at their June 14 meeting, the project would add to other senior living facilities that have popped up in the area.

About a half-mile from the site, the 150-unit Anthology of Tuckahoe opened last fall at 567 N. Parham Road, across from Derbyshire Road. Construction on the 246,000-square-foot facility started in 2020, when the neighboring Temple Beth-El Richmond subdivided the 5-acre site and sold it to Chicago-based CA Ventures for $3.8 million.

Agreed. Much better choice for this property than overcrowding the already overcrowded schools in this part of the county.