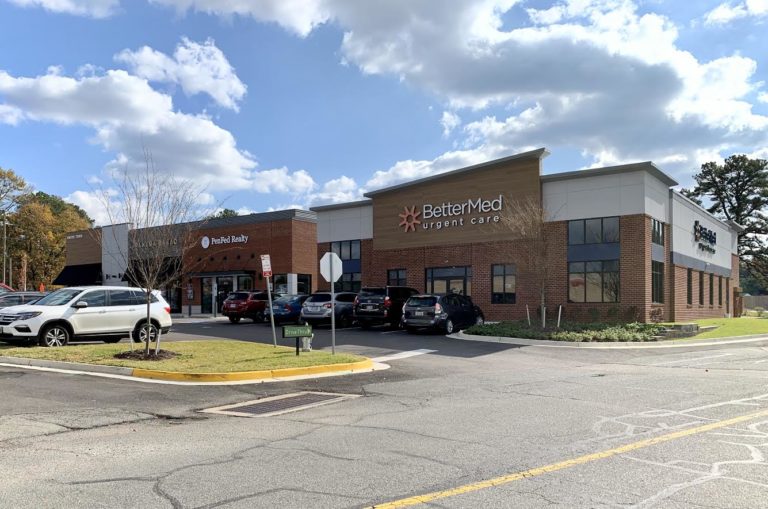 A home-grown chain of urgent care centers is under new ownership.

HCA Healthcare announced Thursday it has finalized its acquisition of Scott’s Addition-based BetterMed Urgent Care and its 12 clinics. Terms of the deal weren’t disclosed.

The acquisition provides HCA a presence in the Richmond area’s urgent care scene, alongside the Nashville-based health system’s local hospitals and other facilities.

Mark Johnson, who served as BetterMed CEO until Wednesday, said BetterMed sought a buyer as a means to help it grow its presence in its existing markets and beyond.

“We had gotten to a point where we doubled the size of the business from December 2018 to December 2019 going from six sites to 12 sites. We felt there were opportunities to continue on an aggressive path, but would be better suited to take outside investment to get that done.”

Johnson said the company generated a lot of interest among potential buyers but HCA came forward with the best offer.

“The BetterMed locations fit very well with (HCA’s) growth strategy,” Johnson said. “This just provides an additional way to be able to reach and treat patients and bring patients under the HCA umbrella.”

Johnson said he couldn’t say for sure how BetterMed might expand under HCA’s direction, but BetterMed has looked into potentially opening new locations in its existing markets of the Greater Richmond area, Fredericksburg and North Carolina.

“They haven’t told us what they want to do. I can tell you we identified several sites in the three regions we participate in. So we identified locations we liked and we’re exploring opportunities to go out and lease space,” he said.

HCA spokeswoman Pryor Green said there aren’t any “near term” plans to open additional BetterMed locations in its current markets.

Johnson said HCA brought on BetterMed’s medical and administrative staff as part of the deal. BetterMed has more than 200 employees, according to the HCA news release that announced the acquisition. Johnson said he chose to step down as CEO, a post he held since 2017, to pursue a new venture.

“At the end of the day, I felt it made more sense for me personally to exit and pursue other opportunities,” he said.

BetterMed has eight centers in the region, and they’re located in Short Pump, Regency, Mechanicsville, near Willow Lawn, Ashland, near Chester, near Colonial Heights and Midlothian. There are two BetterMed locations in the Fredericksburg area and two more in the Charlotte, North Carolina area.

BetterMed was founded in 2011 and opened its first center in Midlothian the following year.

HCA operates its own urgent care concept called CareNow Urgent Care, which has three locations in Northern Virginia. Green said HCA is evaluating whether to change the branding of BetterMed.

The acquisition of BetterMed increases the number of HCA-owned urgent care facilities to more than 240 nationally, according to the HCA release.

“The addition of these urgent care centers to our HCA Virginia Health System family will complement our already robust network and help us provide more access for our patients to receive care that is close to home,” HCA Healthcare Capital Division President Tim McManus said in a prepared statement.

BizSense first reported on the HCA’s BetterMed deal when it was pending in April.