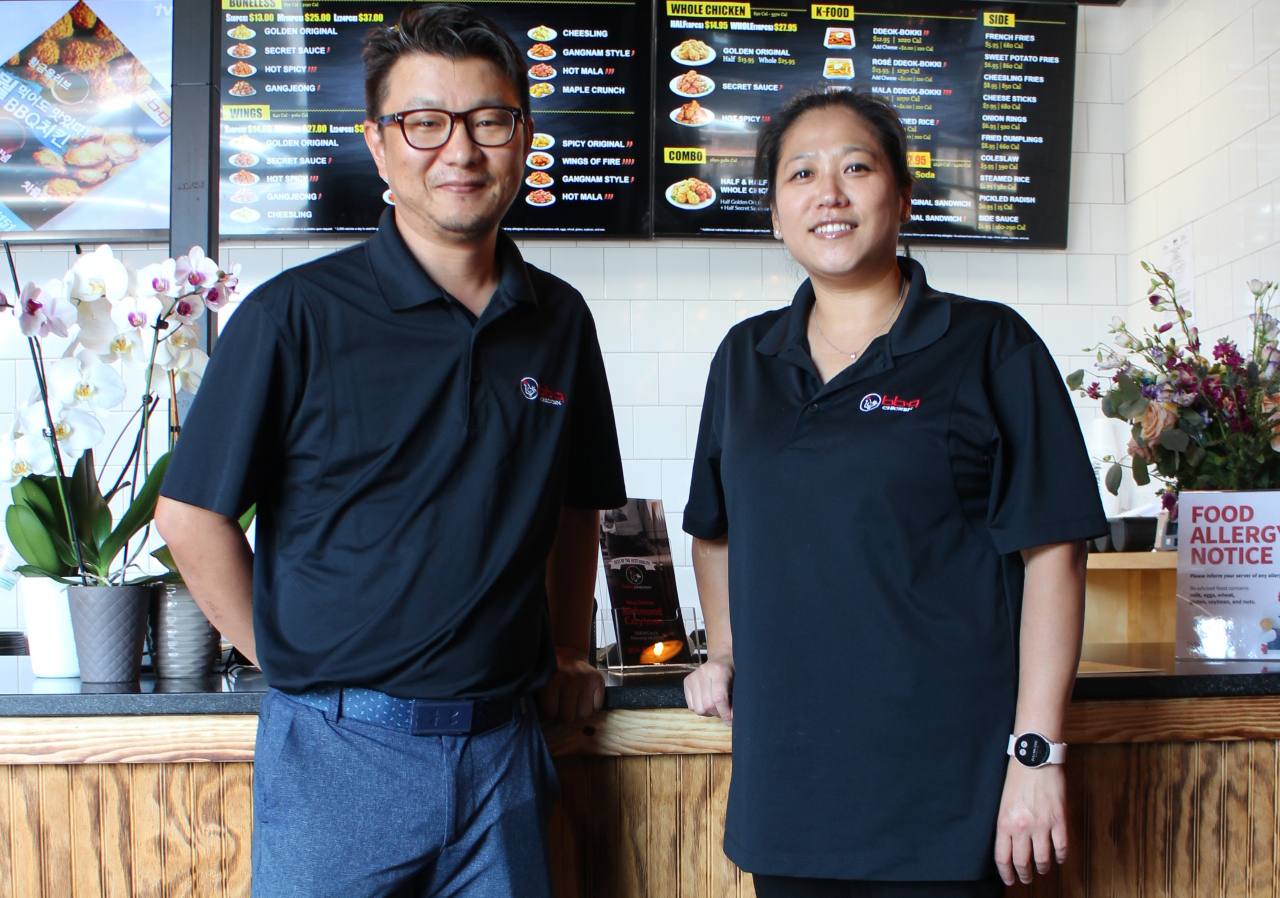 Unsin An, right, was once a client of Josh Kim, left, who sells real estate. (Filip De Mott photos)

Under a new roof and new ownership, BB.Q Chicken is officially up and running in Carytown.

The South Korean fried chicken chain opened on June 12 at 3300 W. Cary St., with business partners Josh Kim and Unsin An as the brand’s only franchisees to operate in Richmond.

Originally, the 3,100-square-foot restaurant was slated to run under Scott Suh, who initially planned to bring the franchise to Carytown. However, for reasons unknown to  Kim and An, Suh withdrew from the business, despite some considerable investment in the location.

Kim, a real estate agent and good friend of BB.Q Chicken’s regional manager, heard about the dilemma and saw it as an opportunity.

He brought along An, a longtime friend who had just wrapped up a career in the financial technology industry in Boston, where she was introduced to BB.Q. Although thinking of retirement, the 46-year-old said she couldn’t ignore the allure of a BB.Q Chicken standing in limbo.

“There was one BB.Q location there in Boston. We would drive a one-hour round trip just to get the chicken,” An said. “It was that good.” 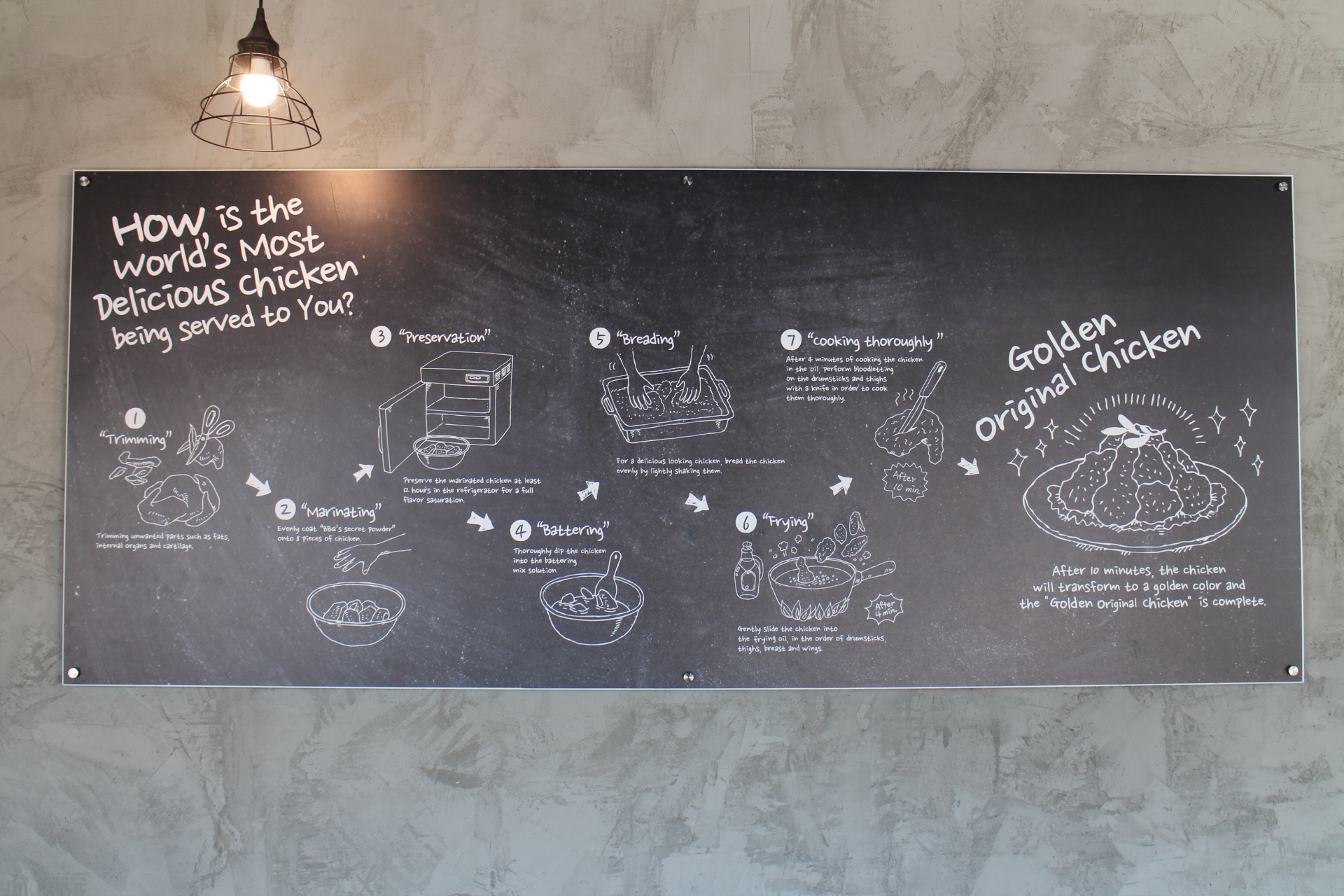 One of the franchise’s rules is to use fresh chicken. Franchisees must do this, even if they sell out.

The business partners finished the renovations on the space, hiring Chesterfield-based Cornerstone Builders & Developers was the contractor. The space was previously home to Korean grill concept Zzamm, then was a food court and most recently housed a location for seafood joint Sauce & Toss.

In addition to a seating area, the restaurant has a bar with 36 beer taps and six wine taps. It’s an expansive offering for the franchise, which Kim said rarely has over 10 beers to choose from.

As its name implies, BB.Q’s food menu centers on its chicken, particularly fried chicken. And despite its name, there’s no barbecue sauce served at BB.Q. Its moniker stands for “best of the best quality,” Kim said.

“We only use fresh chicken. We age the chicken for a very long time. Unless that aging process is done, we can’t use it even though we sell out,” An said. Doing so ensures a long-lasting experience: “You can still hear the crunch after five hours.”

In Korea, those who work under BB.Q Chicken go to a special Chicken University, and the franchise sent the two business partners to a similar program in New Jersey. Kim laughingly said the experience was intense.

“Three days of cooking the chicken, trimming, frying… It was fun,” An said. 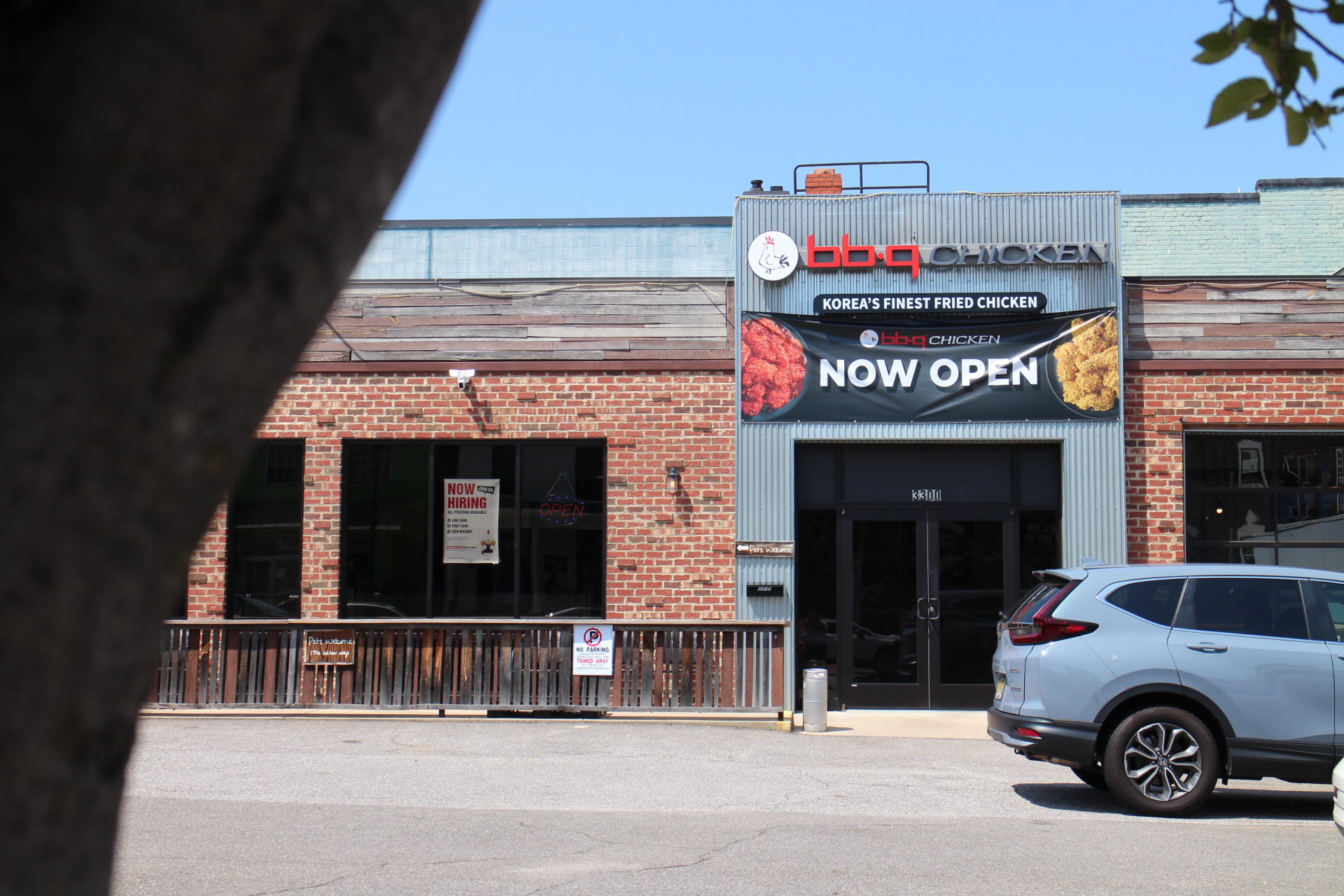 The 3300 W. Cary St. property was once home to Zzamm, temporarily followed by Sauce & Toss.

In becoming a restaurateur, Kim, 48, has had to adjust to the reality of standing all day, since his usual occupation had him seated in front of a computer. An, however, had ample experience handling food, as her family once ran a seafood business.

Less than a week into managing the new restaurant and 30 employees, the two underlined plans to alternate roles as they test what works and what needs to change. As of right now, An will lead the kitchen while Kim manages the front with its draft system. Their aim is simply to garner experience.

“We’re new to it. Instead of having a manager to do it, we wanted to make sure we knew our staff and our business,” An said.

Carytown is not the end goal for An and Kim, as they have a multi-phase plan to expand the franchise’s name into other corners of the Richmond region.

For now, however, the focus is on publishing their website and beginning delivering soon.

I’d be more interested in knowing what oils they use to cook the chicken.

Given the large number of established restaurants that shut-down, perhaps a new spin on operations may help.

Chris, I think you’re realistic. I just prefer being overly optimistic as folks try new ventures. I wish them luck.

These comments are shocking! Every time a white business is starting up you see notes of praise and encouragement.
As I post this comment, only 25% are encouraging.
Just pointing this out, not making any judgement as to the reasoning

I’m seeing 2 out of 4, unless you think mine is negative (it isn’t). So please leave race out of it.

K food is getting really popular now days. I am asked many times by co-workers where to go to get good Korean foods. My #1 suggestion is the BBQ chicken. Wish the best for the new business!!! It’s the best time to start a K food restaurant. Cheers!