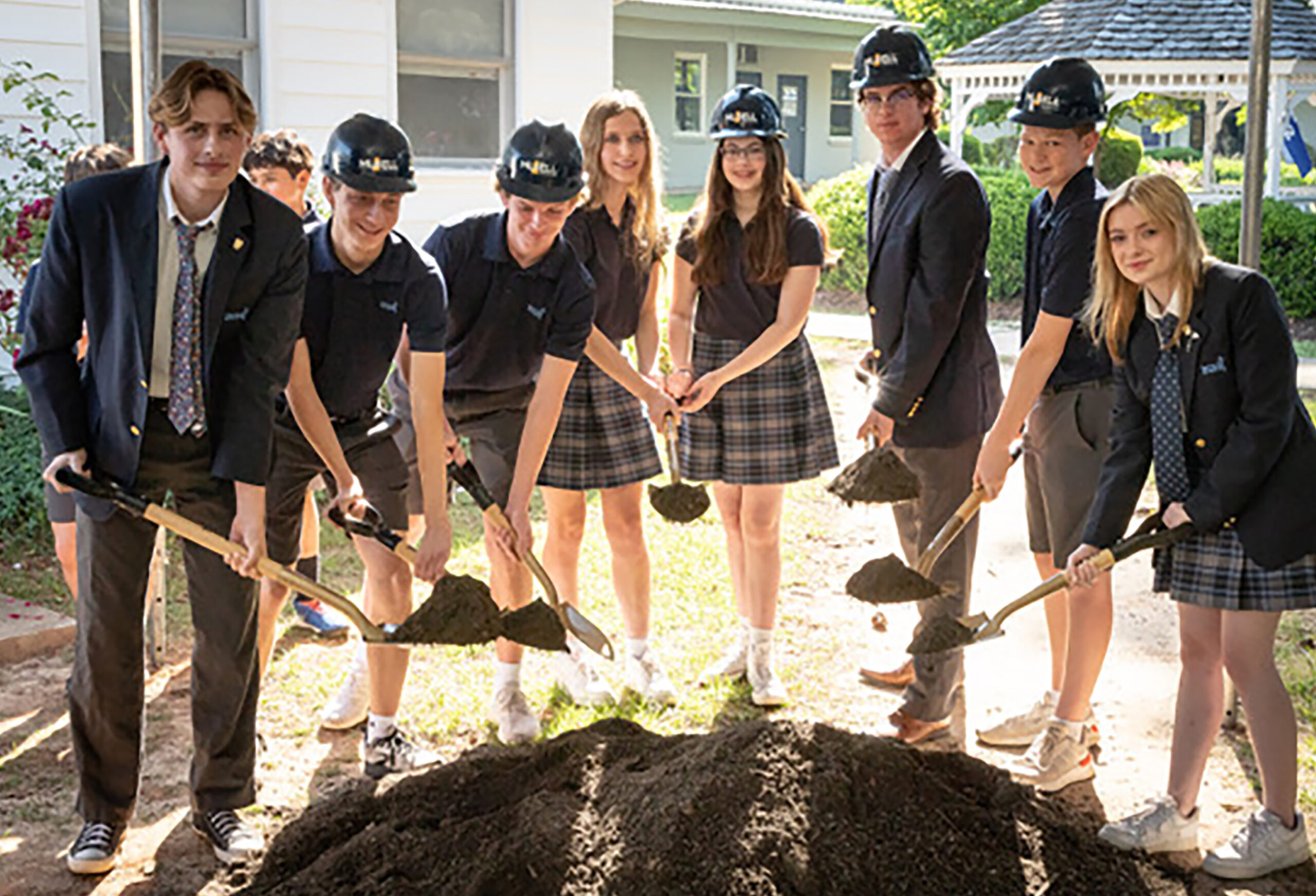 A growing Catholic school in Powhatan County has kicked off the first new-construction project on its campus in six decades.

Blessed Sacrament Huguenot School broke ground in early June on a $650,000 visual art center, which is expected to open to students in the fall.

The roughly 2,700-square-foot center will introduce a kiln and pottery wheels, opening the door to new ceramics instruction at a school where art and art history is a focus.

The center, to be used by students of the upper school (grades seven-12), will feature space for art and art history instruction. The center will be larger than the art classroom it will replace.

The new equipment and programming are expected to help the coed school retain or attract students with artistic inclinations, Head of School Paula Ledbetter said.

“For years our art teacher would ask for a better sink and hot water, and I’d say we’ve gone above that,” Ledbetter said. “We’ve lost a few students going from 8th to 9th grade because students are seeking arts programs that offer things like ceramics. So, this will entice students to stay but also be a draw for students.”

The new art facility and other capital projects come amid a period of enrollment growth spurred by parents who enrolled their kids in Blessed Sacrament to avoid virtual instruction instituted by public schools during the pandemic, Ledbetter said.

“Enrollment has certainly catapulted the plans. Like a lot of other private schools we experienced a surge after COVID and we started to plan for future growth last year … It wasn’t just a one-year deal for parents looking for in-person instruction. If they’re at BSH, they’re at BSH for the long term,” she said.

Blessed Sacrament, which teaches grades pre-K to 12th grade, has seen a steady increase to its student body in the last couple years. Ledbetter said the school had 270 students in spring 2020 and about 330 students the following fall. It closed out this academic year with about 370 students and expects to have 400 students in the coming fall, which would mark an increase of 48 percent from the start of the pandemic. 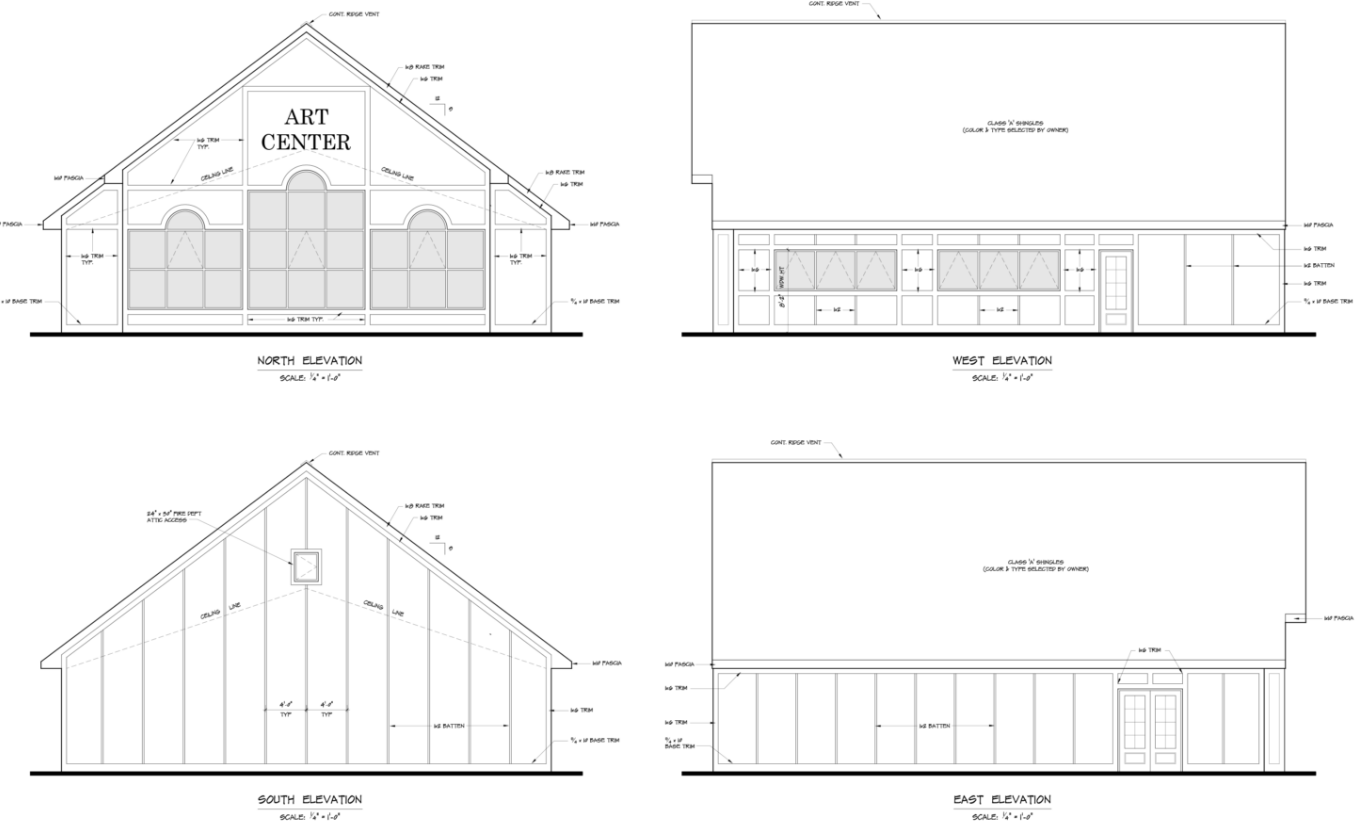 “We experienced the surge in early learners and elementary school, so for us it was looking ahead to accommodate growth once they’re in middle school and high school,” Ledbetter said.

The De Stefano Architectural Group is the art center’s architect and ML Bell Construction the general contractor on the project.

The center comes as part of an $8.3 million plan to improve the campus and introduce an expanded curriculum.

Also on tap at Blessed Sacrament are $864,000 in renovations and upgrades to the school’s 34 classrooms and library, as well as a new student center and renovations to its main gym among other projects.

The new student center will be a two-story, 22,400-square-foot building expected to cost $4 million. The plan is to break ground on that project in fall 2022. The center will house a new cafeteria, athletic facilities and a theater among other features.

Blessed Sacrament also plans to spend $625,000 to renovate its main gym, the Parker Gymnasium. The project includes a new roof, renovated concession area, repaired insulation and repairs to the gym’s subfloor. Work on the gym is underway and slated for a fall completion date.

ML Bell is the general contractor on the Parker Gym project and new student center. Gooss & Associates is the architecture firm designing the student center.

The school also plans to allocate $250,000 toward more dual-enrollment classes, higher pay for teachers and staff and additional teachers.

Funding for those projects and other efforts comes from $6.3 million combined from donors Keith and Kathleen Brower, school funds and the Roman Catholic Diocese of Richmond. The school is working on raising $1 million that the Brower family intends to match to fully fund the $8.3 million list of projects.