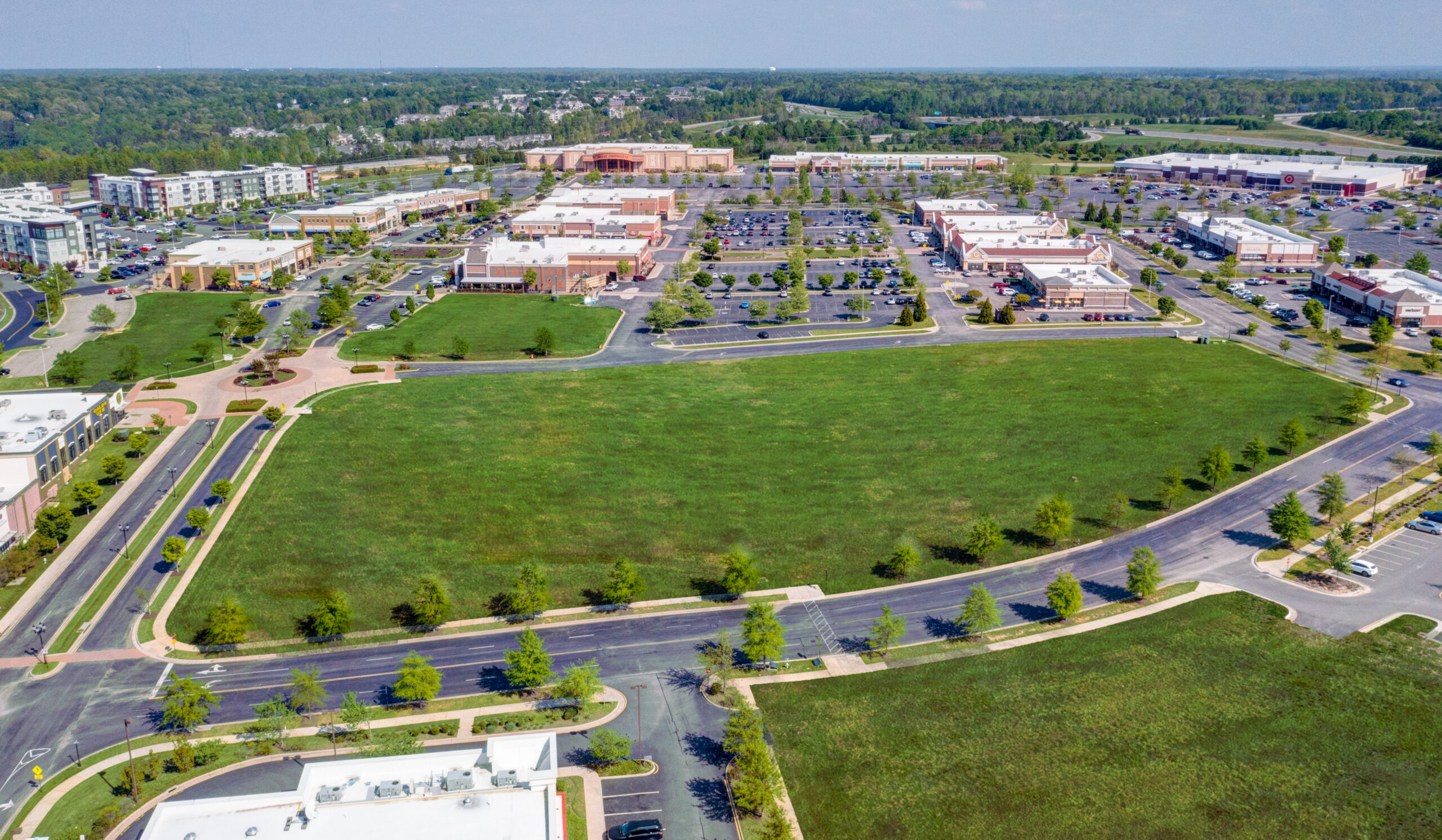 An aerial shot of the 6.5-acre parcel where the first batch of Westchester Commons townhomes will be built. (Photo courtesy of StyleCraft Homes)

The first batch of nearly 200 townhomes planned to fill out Westchester Commons is about to get underway.

StyleCraft Homes is getting ready to start construction on an initial phase of 65 homes after purchasing a 6.5-acre parcel in the heart of the shopping center at Route 288 and Midlothian Turnpike.

An LLC tied to the Lakeside-based builder bought the acreage for $3.8 million in a deal that closed May 9.

The seller was Zaremba Metropolitan Midlothian LLC, an entity tied to Ohio-based Zaremba Group, which developed Westchester Commons. It was represented in the deal by Alex Wotring, Kevin South and David Crawford with Thalhimer. 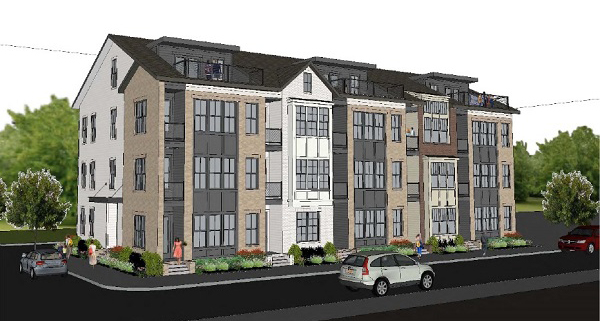 Most of the four-level townhomes would include rooftop patios. (Rendering courtesy of Poole & Poole Architecture)

The center is now owned by CalSTRS, short for California State Teachers’ Retirement System, which co-owned Westchester Commons with Zaremba until 2014, when it bought out Zaremba’s stake in the joint venture.

StyleCraft President Richard Kuhn said it plans to start construction in a couple weeks, with the first units coming online next spring. Completion of a model home will kick off sales later this year.

The first phase will fill the vacant parcel that’s immediately south of Gold’s Gym and east of the Panera Bread and Bank of America branch. Other parcels will follow in two subsequent phases, covering about a dozen acres total in the vicinity. Plans for the project were approved last year.

Called The Edge at Westchester Commons, the three- and four-story townhomes will resemble StyleCraft’s product at Saunders Station Townes in Short Pump. The company also has built townhomes in Midlothian with its Hartford Hills Townes development on Walmart Way. 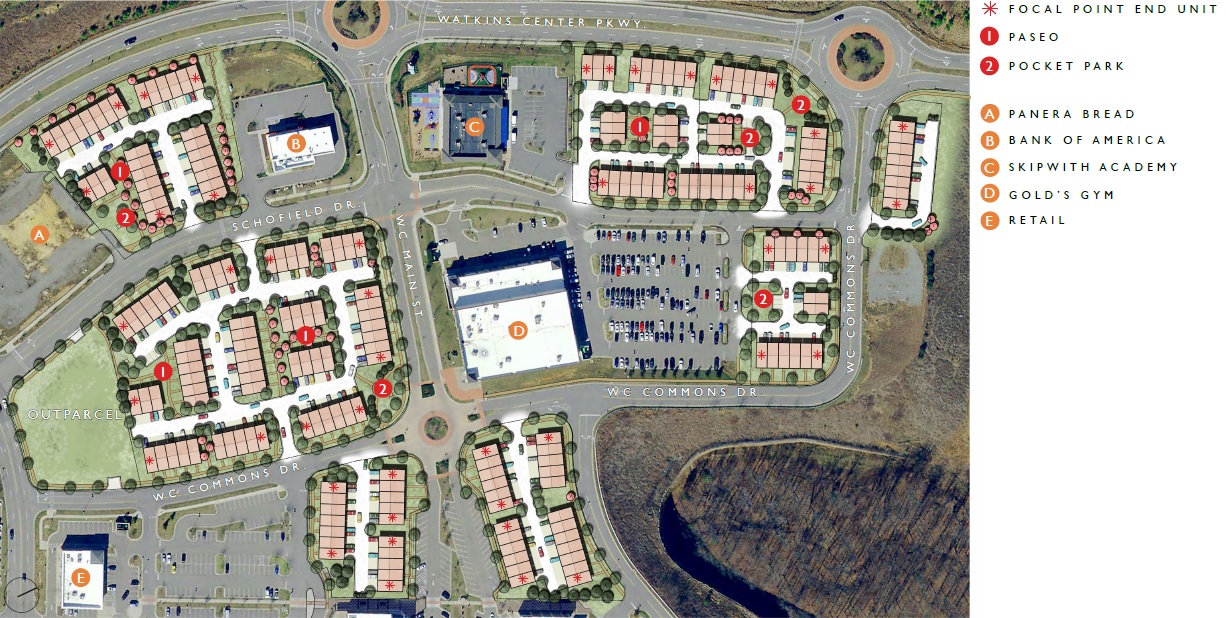 Poole & Poole Architects is designing the townhomes. The Midlothian-based firm also designed The Vue at Westchester Commons apartments, which were developed by George Emerson and Phil Roper. HG Design Studio is the landscape architect on The Edge.

The majority of the townhomes will front existing streets with access from rear-loaded garages. The development will include pocket parks, pedestrian plazas and open space, as well as sidewalks connecting to the shopping center.

Kuhn put the overall project cost for The Edge at $75 million.

The townhomes will add to other rooftops in the works around Westchester Commons. Directly west of the shopping center, HHHunt is developing The Aire at Westchester, a 334-acre multiuse project that’s planned to total more than 2,000 homes. To the south across the turnpike, Castle Development Partners is completing its 452-unit Center West apartments.

You are correct that it’ll be more challenging than this time last year but interest rates are still at historical lows. The cost of todays housing is much more affected by labor, material and appliance shortages and like every other business, the cost of gasoline. It’s a universal problem, but the housing shortage is still very real. This development has a great location and the shopping center amenity for residents. We need more of this in-fill.

Too bad “Westchester Commons” as a whole is laid out like a bad 1960s shopping plaza, with acres of asphalt parking lots and stores so far apart that people actually drive from one to the next. It’s as though the developers learned nothing from the past fifty years.