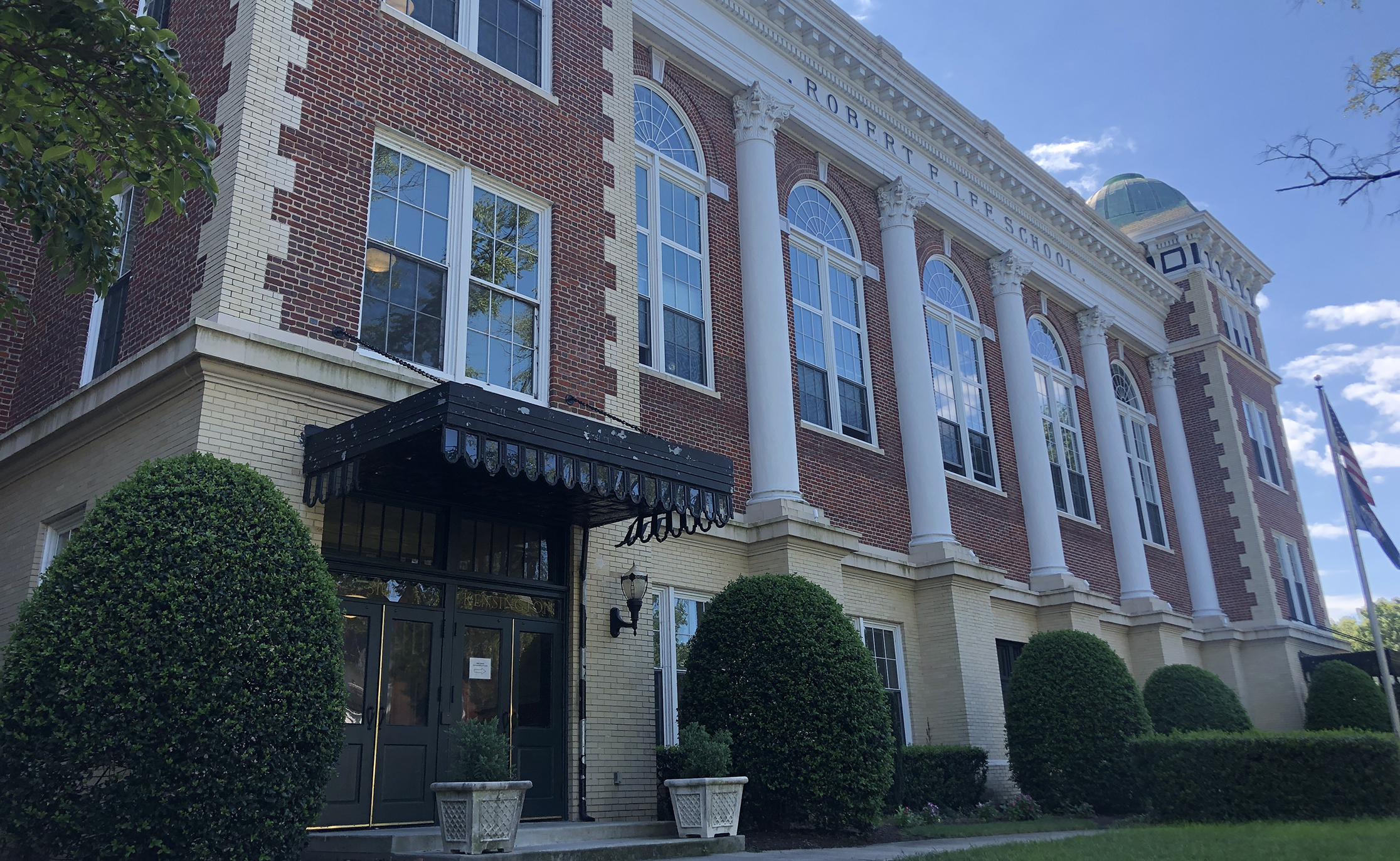 The building dates back to 1917 and was renovated into apartments in 2002. (Mike Platania photos)

A sizable Museum District apartment building is now in the hands of an out-of-town buyer that has big plans for the Richmond region.

The Lee School Lofts at 3101 Kensington Ave. sold last month for $10.5 million to The Leumas Group, a Fredericksburg-based investment firm. The per-door price tag comes out to about $264,000.

Located near the intersection of Kensington and Belmont avenues, the three-story building was converted into 40 apartments in 2002 by local development firm Miller & Associates. The 52,000-square-foot building had formerly been Robert E. Lee Elementary School.

The Leumas Group bought the building from Charlottesville’s River Asset Management Co., which had purchased it from Miller & Associates in 2016 for $7.6 million.

Reggie Samuel, Leumas Group’s managing director, said the firm’s portfolio of apartments is usually in flux but often reaches around 4,000 units. He said they were surprised that they had the chance to go after the Lee School property.

“It’s one of those assets that we didn’t think would come available. These are typically generationally-held assets,” Samuel said.

“We love these older, pre-war deals that are well-constructed to a standard that just can’t be replicated in the modern economy. We believe these types of buildings, properly maintained, will be just as useful in 100 years as they are today.” 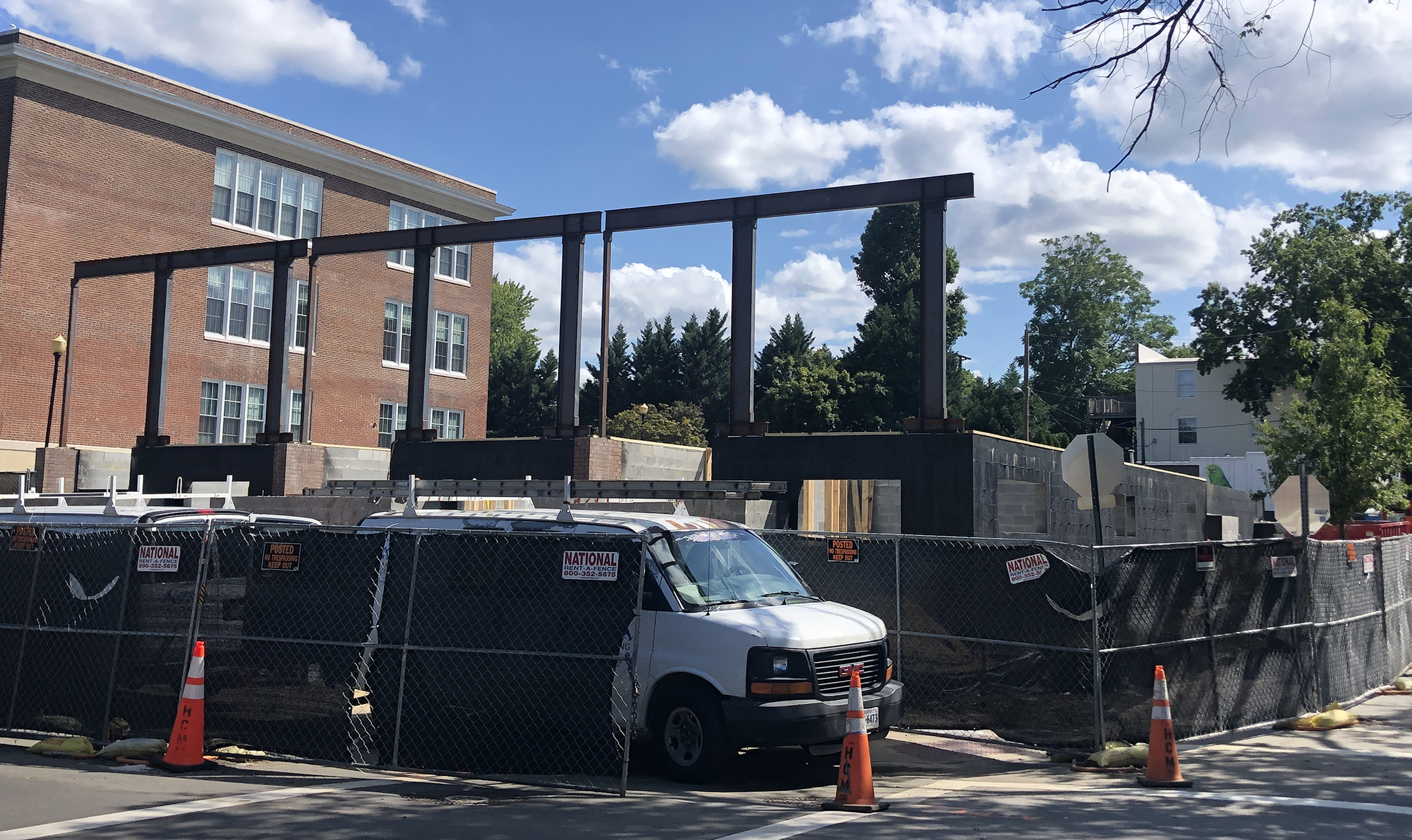 Miller & Associates is going vertical with a quintet of townhomes on the other end of the block.

The deal closed Aug. 12. The property was most recently assessed at $8.8 million.

Samuel said the building’s apartments were fully occupied at the time of sale. As units turn over, Leumas is planning to make some cosmetic renovations but they don’t have major changes planned.

In addition to investing in multifamily buildings such as the Lee School Lofts, Leumas Group also manages real estate and offers relocation services. The firm has some similarly historic properties in cities like Pittsburgh and Savannah, and Samuel said they’re planning to hold onto the Lee School Lofts for at least 30 years.

Samuel said it was the first of many deals Leumas is looking to do in Richmond.

“Our intent is to, over the course of the next year, assemble a portfolio of 400 to 500 units (in Richmond),” Samuel said. “We really like Richmond and the trends that we see from an economic growth and demographic growth perspective. We see a lot of traits in Richmond that we’ve seen in some other markets across the country right before there was a pretty aggressive liftoff.”

Despite having sold off the Lee School Lofts six years ago, Miller & Associates is still staying busy on that block. They’re currently going vertical with five luxury townhomes on the western end of the block.

It’s a beautiful building and as a Museum District resident I’m so happy to see it preserved and used as residences. Robin Miller originally intended it as condominiums and that conversion would still find a good market today. It’ll be interesting to see if the new owner keeps it for 30 years, but I can almost guarantee that I won’t be around to see it reach that milestone. Good luck to them, and congratulations to the Berkadia team for the sale.

For 30 years; 5 to 7 years and done. No out of town developer is going to buy and own a building for 30 years….hell that firm probably won’t exist in 30 years.

Will a politically correct name change be in the works for this property? Just asking!

I thought they did change the name to River School Lofts?

When I first got married, I lived (from 1990-93) directly across Kensington Avenue from this beautiful building. Glad to see it being converted plus the construction of the new townhouses on the corner. One of my favorite places to have lived over the years was in this part of the Museum District. 👍