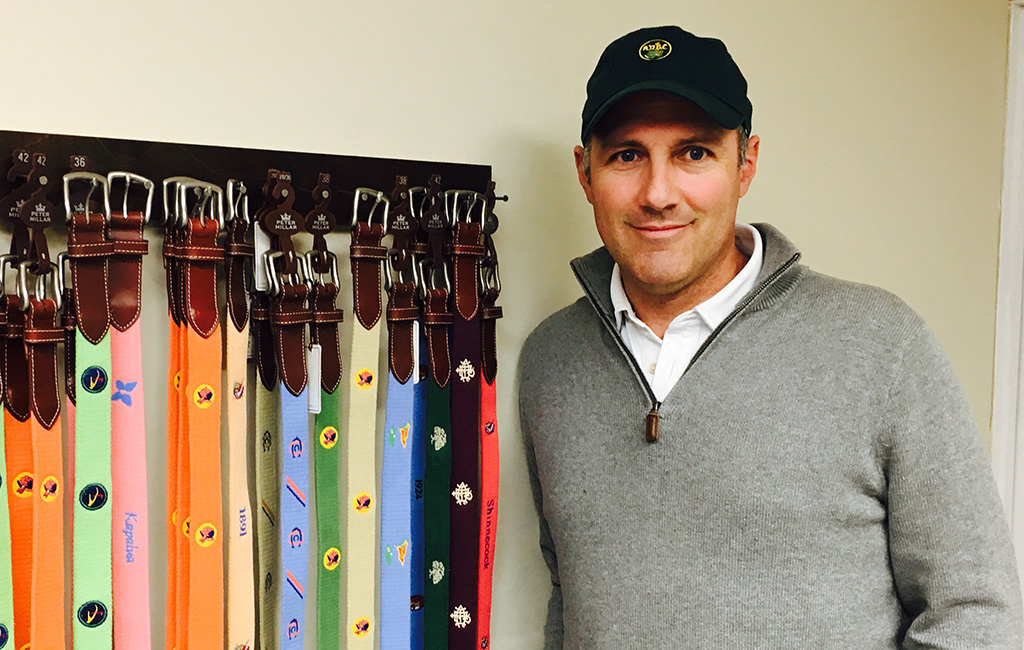 Co-owner Steve Dewalle with a selection of J.T. Spencer belts.

Amid a boom for the golf business overall, a local firm that’s notched a niche in golf belt making has struck a deal with a longtime suitor.

The deal, which closed Sept. 1 for an undisclosed sum, allows for J.T. Spencer to continue making belts from its West End headquarters at 2513 Grenoble Road. It also allows for its 17 employees to stay on, including longtime owners Steve DeWalle and Spens Woodroof.

DeWalle and Woodroof brought J.T. Spencer to Richmond in 2014, when they bought what was then a small New York-based brand from its namesake.

They’ve since grown it exponentially, in part by landing a licensing deal to make belts for well-known golf apparel brand Peter Millar. Its products are now sold at 85 of the top 100 golf courses in the U.S., as well as at colleges and university bookstores and golf shops in the United Kingdom, Asia, Canada and South Africa.

“We bought a small belt company in New York and since then we’ve had astronomical growth,” DeWalle said last week.

While he wouldn’t comment on revenue specifics, DeWalle said the company’s revenue has grown 5,900 percent from eight years ago. He said 2021 and to-date this year have been banner years thanks to a COVID-induced boom for the golf industry. That helped bring several prospective buyers knocking at J.T. Spencer’s door.

Talks with Imperial and Paramount Apparel got serious in April.

“2022 was off to an incredible start and we got approached by the folks at Paramount Apparel International, the parent company of Imperial,” Dewalle said. “We just kept finding a lot of reasons that it made a lot of sense.”

Among the selling points was the fact that Imperial does for Peter Millar golf hats what J.T. Spencer does for belts. Among their shared clients are local clubs such as Country Club of Virginia, Kinloch, Hermitage and Willow Oaks.

DeWalle said Imperial and Paramount’s size also was attractive, bringing with it resources J.T. Spencer needs to take a leap to the next level of growth. That includes taking tasks like human resources, sourcing and financing out of the hands of DeWalle and Woodroof.

“We were growing so fast and the business needed a capital investment and it needed a little more sophisticated management than what Spens and I were capable of doing with it,” DeWalle said. “Paramount has 600-plus employees. They have all the systems in place.” 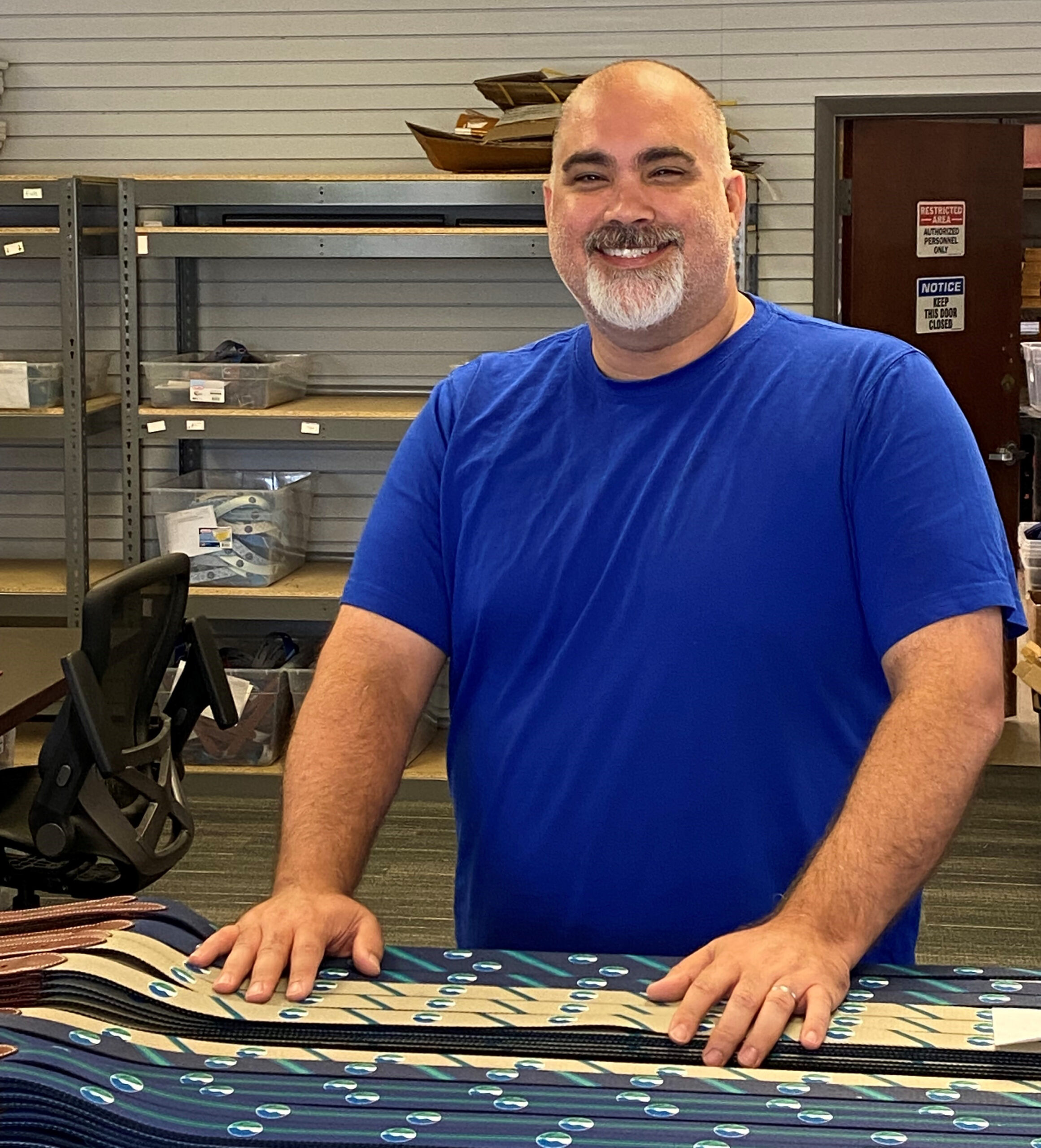 Spens Woodroof is a co-owner of J.T. Spencer.

J.T. Spencer’s new owner already has visited its Henrico belt making facility and begun looking at ways to increase production. The company makes, embroiders, packages and ships its belts and headcovers from the facility.

“They have an operations manager who’s an industrial engineer. He said, ‘I think I can increase your production just by making some changes to the layout of the plant and adding a person here and there,’” DeWalle said. “The initial plan is to grow all the increased capacity here in Richmond.”

That also will likely call for some additional square footage on the ground here. DeWalle said the company is in 5,000 square feet now and is actively looking for a new facility with 10,000-20,000 square feet.

“One of the cool things about this acquisition was (J.T. Spencer) was already operating a great business with great growth. We feel like with what they started and with our capability we’re poised for expansion,” Shaffer said.

Shaffer said he and DeWalle are longtime friends and that he’s been gently trying to steer DeWalle toward a deal for some time.

“I’ve been talking to Steve to get him ready to sell to us for years,” Shaffer said. “I invited him out to Imperial in St. Louis a few years ago. I think he was probably doing some recon and I was trying to get him to understand who we are and what we’re all about.”

Shaffer said of DeWalle, “He’s a loyal guy with a lot of pride in his business and he should be, he’s a hard worker. He wanted his business to be in good hands.”

Imperial has been in business for more than a century and Paramount has been around since 1929. Paramount acquired Imperial in 2012. Last year, Paramount was acquired by private equity firm CPC. Shaffer said that gives it extra fuel to grow J.T. Spencer.

“Right now, our company is very interested in product category extensions, making things other than hats,” he said. “So, getting into a belt category was natural.”

For DeWalle and Woodroof, both 49 and both Virginia Tech grads, the deal is validation for the career leap they took together eight years ago.

“I sold advertising for a travel publication. Spens was in accounting at Anthem,” DeWalle said of their previous careers.

He added with a chuckle, “We didn’t know the first thing about making a belt. We made it up as we went along.”