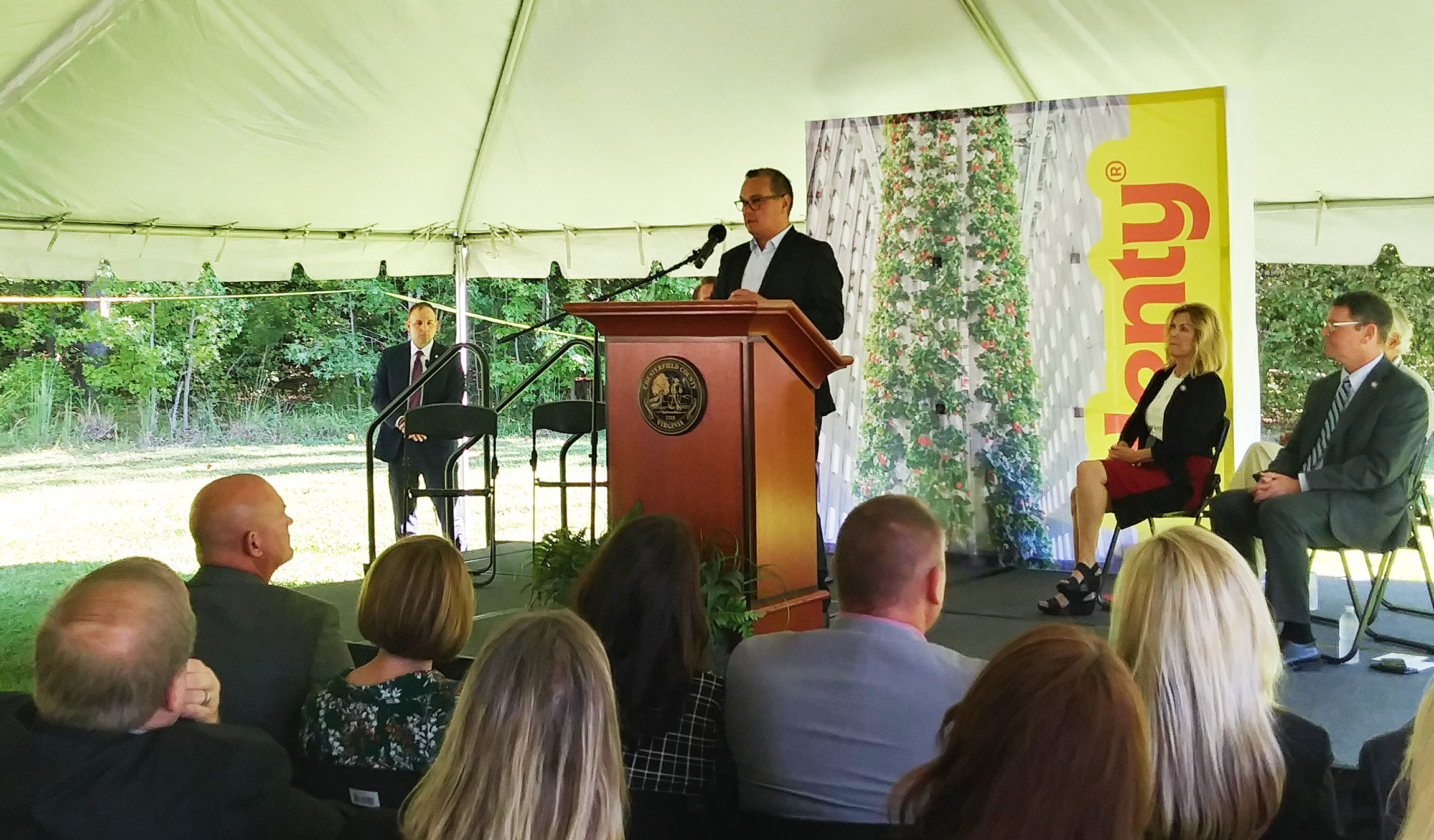 Another piece of Meadowville Technology Park has been spoken for, this time by a West Coast indoor farming company.

The company started site work several weeks ago on the first piece of the complex: a 100,000-square-foot vertical indoor farming facility to be dedicated to growing strawberries, CEO Arama Kukutai said Wednesday.

“That’s effectively the first of what would be a series of farms. The plan is to build one and move onto the next,” Kukutai said, speaking after a ceremony held at Meadowville where he, Youngkin and others shared remarks.

The Chesterfield farm will grow Driscoll’s strawberries, according to a Plenty news release. The farm’s produce is expected to be in Northeast stores by late 2023 or early 2024.

The company declined to identify the architecture firm and general contractor on the project.

Kukutai said the exact number of indoor farm buildings needed for the Chesterfield campus hasn’t been determined but he expected it would be fewer than 10 structures, which would all be 100,000 square feet each. 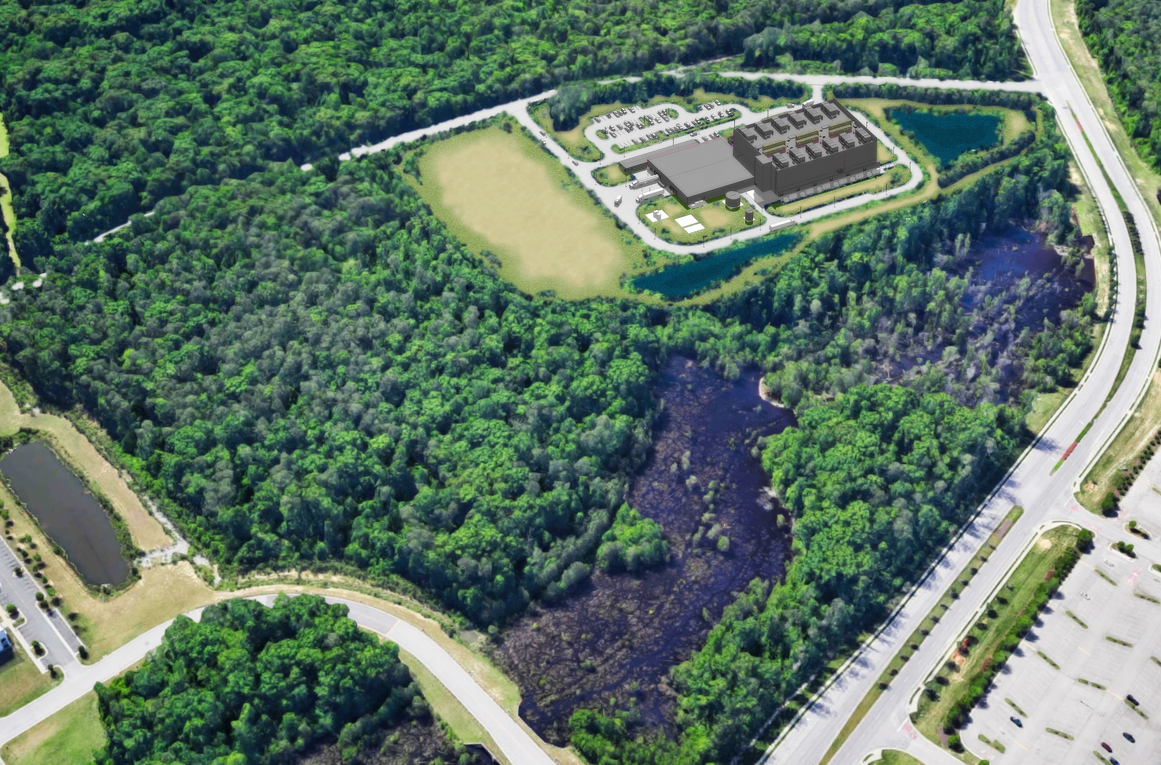 The company grows produce in its so-called grow towers that are 30 feet tall. Kukutai said the design allows Plenty to maximize the use of land and grow produce more efficiently.

“Most people grow it in trays, and we’ve turned it on the side,” he said.

Once the campus is fully built out as currently planned, it is expected to have an annual production capability of more than 20 million pounds of produce. The company claims that the Chesterfield campus will be the world’s largest indoor, vertical farming complex.

Future farming facilities at the Chesterfield campus are planned to be dedicated to additional crops such as leafy greens and tomatoes.

Development of the campus is expected to play out in phases over the next six years and the complex is expected to eventually employ 300 workers. A spokeswoman declined to comment on the expected median salary of those workers.

Kukutai said hiring is expected to start in the third quarter of next year.

Plenty has 120 county-owned acres under contract and is expected to close on portions of it over time. Kukutai on Wednesday said that process would start in a matter of weeks. He declined to share how much the company expects to pay for the real estate for the campus. 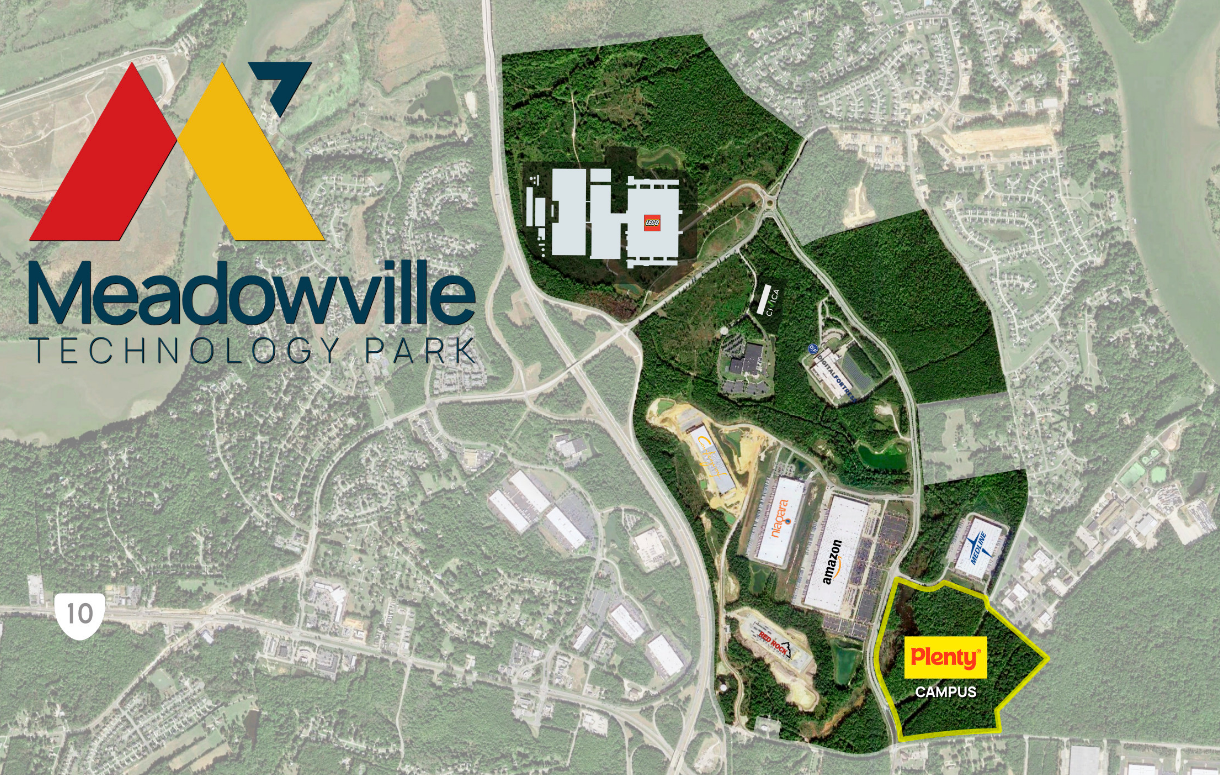 Plenty Unlimited’s upcoming indoor farming complex is planned to occupy up to 120 acres on the southeastern corner of Meadowville Technology Park.

The arrangement is intended to give the company flexibility as it builds out its Chesterfield presence, Matt McLaren of the county’s economic development department said.

“We have a deal structure with them where they can take as much or as little as they need,” he said.

The strawberry-growing facility is expected to be built on a 75-acre parcel at 1600 Bermuda Hundred Road, according to a Chesterfield site rendering.

Plenty is the latest among a string of recent additions to Meadowville. Nonprofit drug maker Civica’s plans to build a 60,000-square-foot lab there were recently announced. Lego recently broke ground on a massive manufacturing center in the park.

Chesterfield worked with the Virginia Department of Agriculture and Consumer Services, Virginia Economic Development Partnership, Dominion Energy and the Greater Richmond Partnership to land the Plenty project, according to a governor’s office news release.

Youngkin OK’d a $2.4 million grant from the Commonwealth Opportunity Fund, which is a funding program the governor can use to help encourage companies to establish themselves or expand in the state. He also approved $500,000 from the Governor’s Agriculture and Forestry Industries Development Fund to help Chesterfield lure Plenty. The company is eligible for other incentive programs as well.

Plenty was founded in 2014. It currently grows leafy greens in San Francisco and plans to begin growing in Compton, California in January. The company also has a research facility in Wyoming.

Plenty announced in January it had closed on a $400 million series E capital raise. The raise was led by One Madison Group and JS Capital.

Looks like Meadowville Technology Park it becoming a hot location. This is what the 4th or 5th big announcement this year? They should almost be at capacity now.

Kroger Sells these Strawberries they currently come from Salinas California which is in the middle of a drought. Techinally these new strawberries will be freasher and last longer and need less time on the road.

Chesterfeild is really making Richmond’s Casino look like a joke in that they now have lego and strawberries all in the same place.