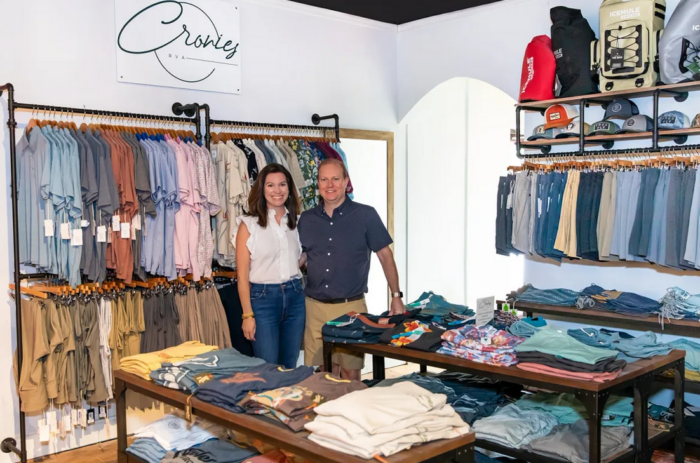 Alyson Stoakley and husband Mike Stoakley are expanding their menswear store Cronies, which is located in The Shops at 5807 in the West End. (Photo courtesy of Cronies/Kami Thacker Photography)

A few months after opening its doors in the Libbie-Patterson retail corridor, a menswear shop is already in expansion mode.

Come October, Cronies plans to take on additional space within The Shops at 5807, which is home to multiple businesses and located across the street from Westhampton Commons. Cronies sells casual clothing, accessories and gifts for men.

Co-owner Alyson Stoakley said the business is growing and needs the additional room for new products. 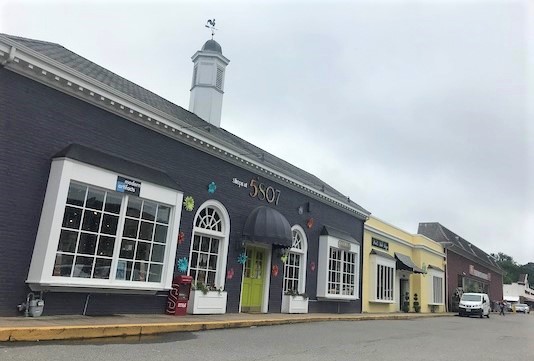 “As we were learning more and discovering more brands, we were running out of space,” said Stoakley, who co-owns the store with husband Mike Stoakley. “It’s allowing us to add many more racks and shelves and we’re going to add two new, really large brands (Duck Head and Fish Hippie).”

Though the expansion is a small one – Cronies is adding 66 square feet via the takeover of a space adjacent to its current 154-square-foot digs – the extra legroom will allow the store to introduce footwear for the first time in addition to more inventory of other products. Cronies plans to begin to sell Hari Mari flip flops to start, but is interested in carrying more brands and styles of shoes in the future.

Stoakley said popular brands at the store, which first opened in April, include Howler Brothers, Free Fly and Bonobos.

Stoakley also works as a Realtor with Long & Foster. Her husband works in IT for Genworth.

Stoakley’s sister Kate Thomas owns The Shops at 5807. Stoakley said most of the businesses that operate at The Shops at 5807 are geared toward women, so there was an opening for a menswear shop in the retail strip, which is located at 5807 Patterson Ave.

She added that a casual-focused store seemed like a good fit for the times as the pandemic has shifted clothing trends toward more dressed-down options.

“We felt like there was a need for casual, everyday clothes (for men),” she said. “With the world the way it is, its Zoom calls and casual everyday things.”

Best of luck to Cronies! The City and region really lacks decent menswear options and this is a great addition to 5807 and the area. With Peter Blair gone I was wondering if anyone would fill even part of that niche.