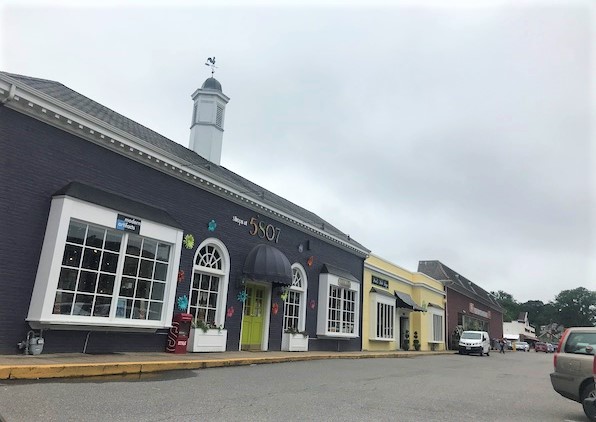 As of May 1, the West End boutique is under new ownership. (Mike Platania)

Two siblings have handed the keys to their West End boutique to a mother-and-daughter duo.

Sisters Leigh Johnson and Anne Brasfield this month sold The Shops at 5807 to Susie Blanton and her daughter Kate Thomas.

The shop, which Johnson and Brasfield opened at 5807 Patterson Ave. in 2006, is home to about 25 vendors who rent space and sell their own goods, with the owners taking a roughly 10 percent commission of all sales.

Terms of the deal, which closed May 1, were not disclosed. Gavin Raphael of local business brokerage Light & Raphael handled the deal.

Thomas had been on staff at the store for about two years before Johnson and Brasfield approached her about buying the shop in late 2018.

“We couldn’t have asked for a better buyer,” Johnson said. “She kept us all in line and we have such great trust in her.”

Also included in the deal was Rubyblu, a vendor at the Shops that Johnson and Brasfield operated. Thomas is renaming Rubyblu to Madras in honor of her late father who had an affinity for the colorful fabric of the same name.

Johnson said they simply felt it was time to move on, as she and her husband are preparing a move to Charlottesville. Brasfield will pivot from landlord to renter as she’ll continue to sell goods from the shop under her Frillseekers brand.

Blanton, who is also a real estate agent at Long and Foster, said that aside from renaming Rubyblu, it’ll be business as usual under the new ownership.

Earlier this year, the Shops at 5807 lost a tenant when spin studio Tidal Wheel closed. Blanton said that space will be taken over by local interior designer Tyler McNeely.

The Shops at 5807 sits adjacent to Pearl’s Bake Shoppe, which relocated from Grove Ave. last fall.