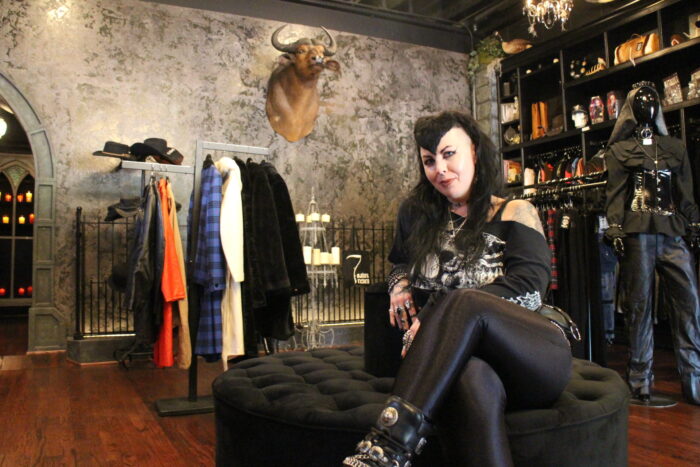 After several years in downtown Richmond, a shop that caters to goth, metalhead and other alternative fashion styles has hitched itself to a new location on the edge of the Fan.

Saturn Return opened in mid-October in a 1,700-square-foot space at 2239 W. Broad St., near the Science Museum of Virginia and behind City Diner.

She said she invested more than $50,000 in the buildout of her new space, which includes custom coffin-shaped mirrors (made by Richmond-based Just Buried Co.), gothic-style archways and detailed wood shelving to create a store more in line with the vision she had for Saturn Return from its inception. 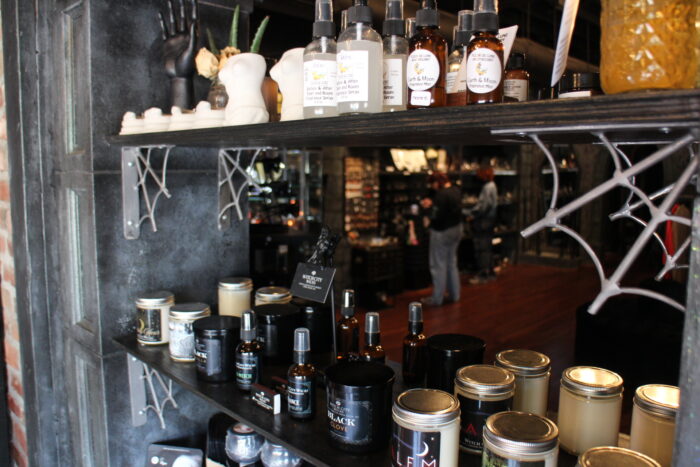 Saturn Return plans to expand its offerings to include more home goods and gifts as well as vintage furniture.

“I never really got to build the (original) store the way I always envisioned. I had to set up shop quickly to get the money going,” she said. “So I was excited to get the opportunity to build this.”

Her carpenter for outfitting the space, John Kelly, weaved in more of the western vibe with fine touches like a rope detail within the trim of the store’s shelving.

“It’s attention like that and little details like that I think make a huge difference in any store or restaurant,” Snyder said.

After growing up in Sarasota, Florida, and living in Savannah, Georgia, Snyder moved to Richmond in 2016. She said the store’s interior is intended to echo the places she’s lived, pointing out the skip-trowel wall texture and gothic archways as nods to Florida and Richmond, specifically Hollywood Cemetery, respectively.

The move to the new location, which was formerly occupied by vintage furniture store Middle Lounge, was motivated primarily by the desire for additional space.

“I think I started running out of room probably two years ago. It would become a thing where I would get new product in and the Tetris song would start up in the back of my head. It just felt like it was always a puzzle to find a home for everything,” Synder said. 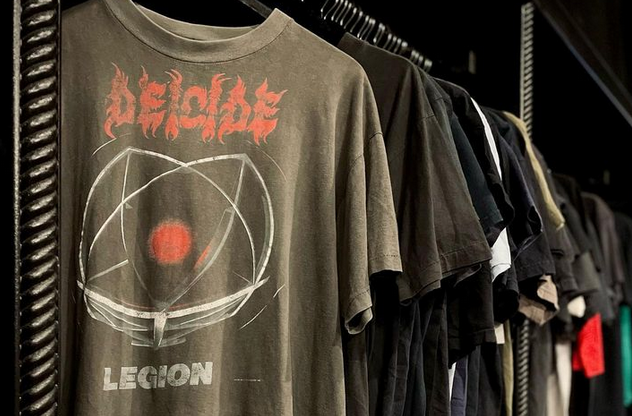 Taking advantage of the larger digs, Snyder plans to introduce vintage furniture to the store’s offerings and expand the number of gift and home-good items it carries. Though primarily a vintage clothing store, the store offers things like candles and soaps sourced from other small businesses.

Another benefit of the new location is an onsite parking lot, which took care of a complaint Synder would occasionally hear from customers when the store was farther down on Broad Street. The first store’s opening coincided with the construction and launch of the GRTC Pulse rapid-transit line, which saw some of the parking in the original store’s neighborhood eliminated.

“Right when I moved in is when the Pulse bus went into effect. What little Broad Street parallel parking there was, was no more when I first opened the old store,” Synder said. “That was definitely something I heard from customers here and there. They loved coming to the store but sometimes they would be deterred by the parking. So now that we have our own parking lot it’s pretty exciting.”

Saturn Return held a grand opening at the new location on Oct. 15 with live music and a food truck.