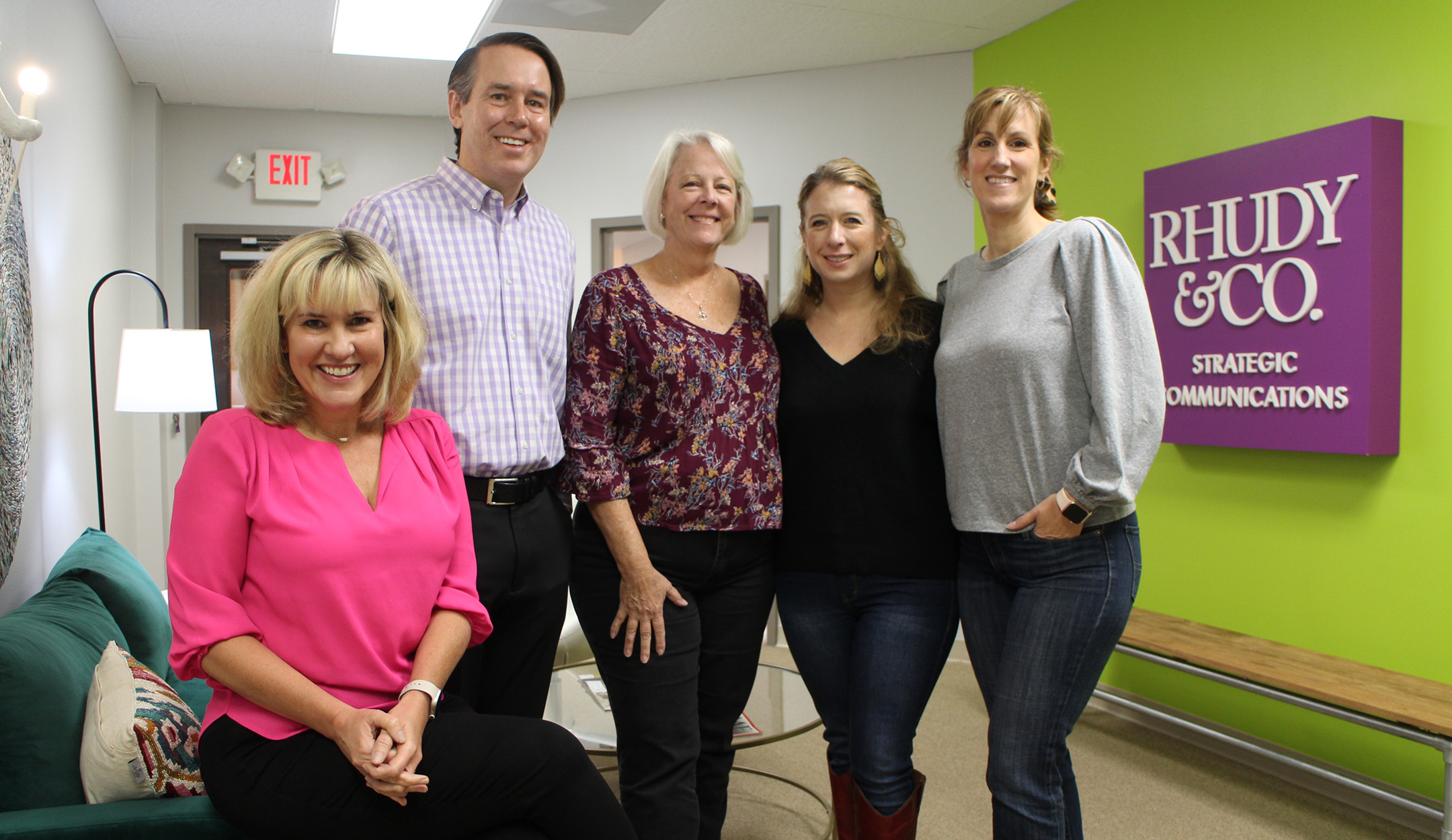 When Michele Rhudy was on the hunt for a new office space for her soon-to-be-homeless communications firm, she didn’t expect to find it mid-haircut.

The owner of Rhudy & Co. was getting her hair styled at Sola Salons in Carytown when she asked her stylist the way to the restroom and was pointed down a hallway where a second-floor office space had been sitting vacant.

“She said, ‘You’re looking for an office, aren’t you?’” husband and colleague Jonathan Rhudy recalled the stylist saying during an interview last week with Michele in their new space next door to the salon.

“I wandered in here and it was open,” Michele added, laughing. “I’m nosy and found it that way: foils in my hair, wandering around looking for the bathroom.”

Months later, the 21-person firm has settled into its new digs at 3228 W. Cary St., in Suite D of the Carytown Square building. The 1,500-square-foot space is roughly the size of their old home at 1600-02 Roseneath Road, the Dairy Bar Restaurant-anchored building that sold in March to development firm Stanley Shield Partnership. 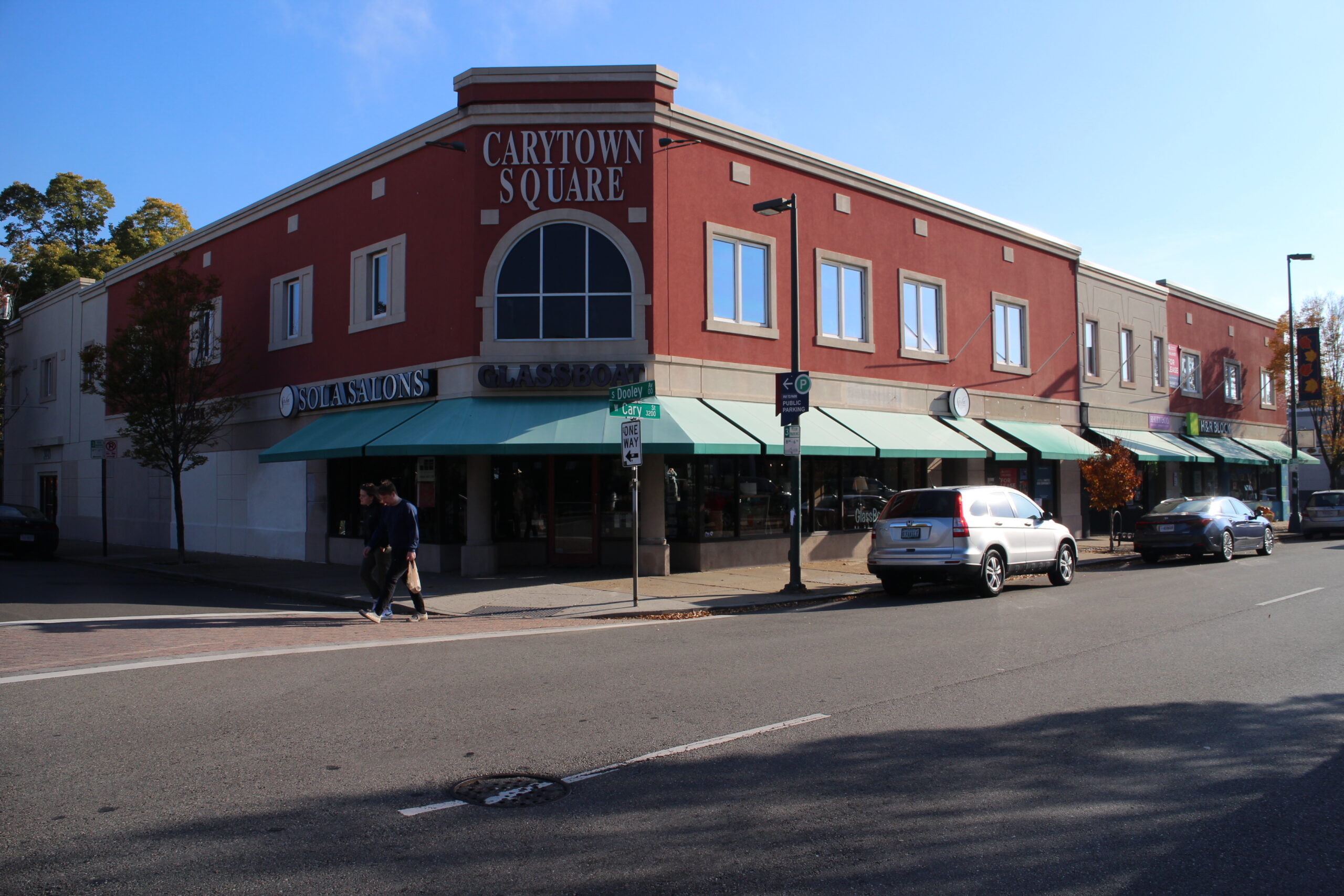 Rhudy & Co.’s office is on the second floor of the Carytown Square building.

Jonathan said the writing was on the wall that they’d need to find a new home after five years in Scott’s Addition. They looked at an office building in the Libbie-and-Grove area that turned out to be slated for a condo development, and they kept their eyes on Carytown, which Michele said they’d considered when they opened their first brick-and-mortar office after years as a virtual business.

Jonathan said they liked Carytown for its walkability and energy throughout the day. Michele said the location has also been well received by the firm’s clients, which include Fortune 500s, other large and mid-sized companies, nonprofits and entrepreneurial organizations.

“We’re finding the clients like coming here,” she said. “With the trend that most of our clients are working remotely or in a hybrid setting, it’s fun to come here, have a meeting, go get some good food. So, it’s been a great move.”

Founded by Michele in 2003, Rhudy & Co. is nearing its 20th year providing corporate clients with a range of communications services with a focus of late on internal communications. The firm’s work also includes ESG (environment, social and governance) communications, media relations and investor relations.

Michele, a UVA grad, said the firm has evolved over time from her and Jonathan’s public relations roots. The couple met while in college – Jonathan went to JMU – and began dating while interning with the Virginia Lottery back in the early 1990s.

“I always say we got lucky, because we met as interns for the Virginia Lottery,” Jonathan said. “We’ve never won the lottery, but we met each other.” 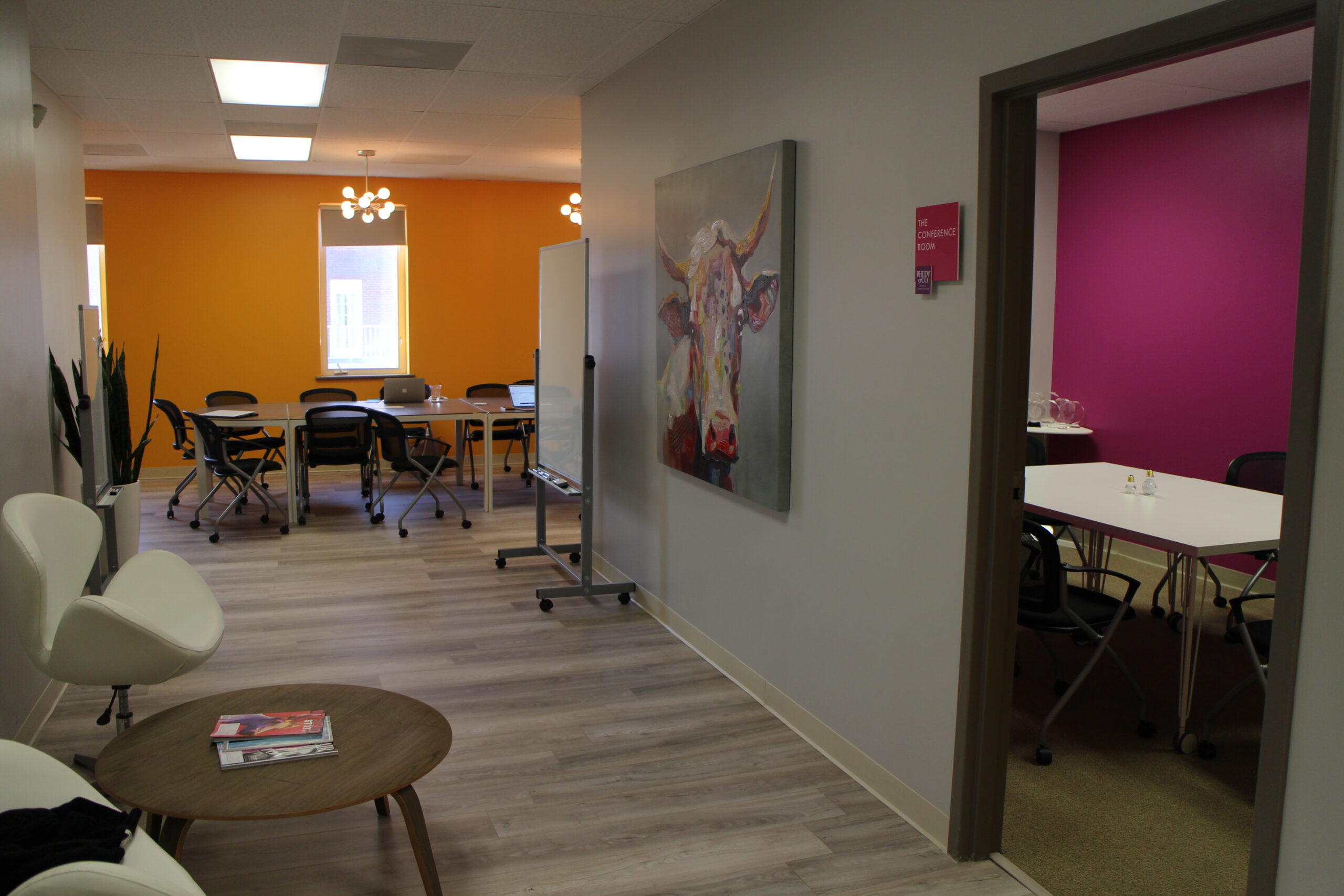 The 1,500-square-foot office provides room for the firm’s 21 employees, some of whom helped with the design.

Added Michele: “We’ve really had to evolve these 20 years. Traditional public relations as it existed when we started our career really doesn’t exist anymore, because of the changing media landscape and all of those things.

“Over these two decades, we’ve carved a niche in corporate and internal communications. And right now, internal communications is having a moment,” she said. “We have some major trends going on – quiet quitting, talent drain – so large companies that have come off the pandemic are understanding now is the time to really invest in what does the employee experience look and feel like.”

The company this summer signed a three-year lease for the space, which it rents from property owner Carytown Square LC. Thalhimer manages the property and handled lease negotiations, with Matt Hamilton representing Rhudy & Co. and Reilly Marchant representing the landlord.

Jonathan said the space had previously been occupied by Clarity Technology Partners but had been vacant for a while.